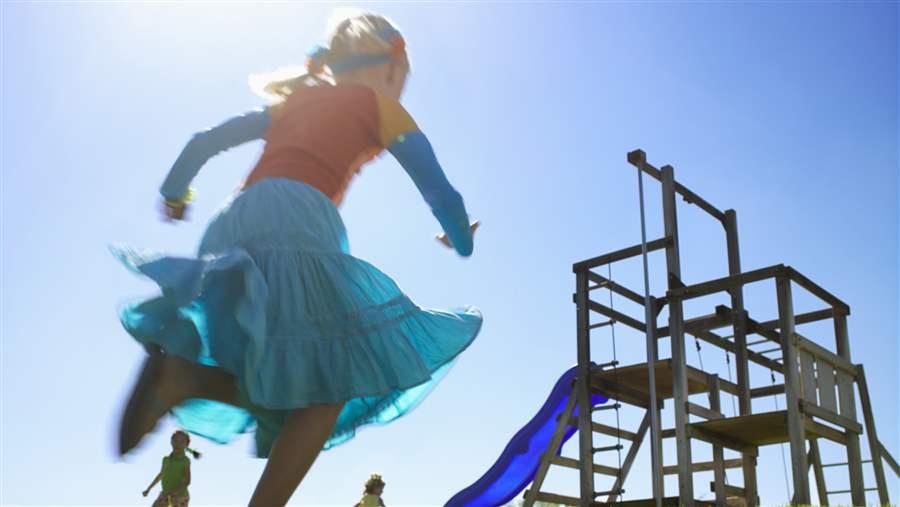 When asked about preferences for public school fundraising efforts, parents in Ohio chose activity-based events, auctions of donated items, and solicitations for donations over bake sales.

For many schools, fundraisers are a crucial source of money for classroom supplies, extracurricular groups, educational trips, and other activities that enhance children’s learning opportunities. Activity-based fundraising events are the best strategy for generating revenue while also promoting student and community well-being. These activities reinforce the healthy eating habits that school meal programs reflect in their menus and instill in the young people they serve.

Too often, however, fundraising campaigns rely on sales of food and drinks that do not support the health of students and may compete with school meal programs. In 2000, more than 80 percent of schools sold food on campus or in the community to raise money, and the most popular items for sale were chocolate, candy, baked goods, and sweetened drinks.

Fortunately, school leaders, parents, and students increasingly recognize that raising money and promoting good health can go hand in hand. Recent polls in Louisiana and Ohio found that activity-based fundraisers, such as carwashes and walk-a-thons, were the most preferred way to raise money among voters with kids in public schools. Further, in 2016, Healthy Eating Research and Bridging the Gap published an issue brief on food-related fundraising in schools, which found that over the past decade a variety of positive changes have improved the healthfulness of fundraisers.

“Encouraging staff, students, and parents to offer nonfood fundraisers or substitute healthy food and beverage in fundraising sends a consistent message that supports healthy eating before, during, and after the school day,” says Stephanie Joyce, a nutrition adviser with the Alliance for a Healthier Generation’s Healthy Schools Program.

States also have shown their support of healthy fundraisers. Between 2010 and 2012, 70 percent of states provided guidance to schools and districts to discourage the sale of unhealthy food or beverages in school fundraisers, and 78 percent provided technical assistance on the topic, according to the Centers for Disease Control and Prevention.

In the 2014-15 school year, the U.S. Department of Agriculture implemented the Smart Snacks in School nutrition standards, which apply to all food and beverages sold on campus during the school day. These standards pertain to items sold a la carte, in the campus store, and in vending machines and aim to maintain a consistently healthy message beyond the lunch line.  Smart Snacks must be a fruit, a vegetable, protein, dairy, or whole grain; have fewer than 200 calories; and be low in fat, sodium, and sugar.

However, state agencies are permitted to offer exemptions to the Smart Snack standards for occasional fundraisers during the school day. Almost every state has taken action to establish or revise their rules for on-campus food-based fundraisers in recent years, and although some have chosen to rely on unhealthy fundraising options, most have limited exemptions so that the message to children to prioritize health remains consistent.

Many districts, schools, and school-sponsored clubs raise money in unique and creative ways that promote good health and nutrition; for example:

From fun runs to fashion shows to parents’ night out, these and other great ideas can help schools raise money without undermining students’ good nutrition. By choosing healthy alternatives, schools reinforce positive eating and physical activity habits for kids and community members.

Sign up
Promote Good Health While Raising Money for Schools

Research shows that healthy kids do better in school. That&rsquo;s why there are nutrition standards for food and drinks sold in schools. But a gap in the rules is letting some states make choices that threaten children&rsquo;s health.