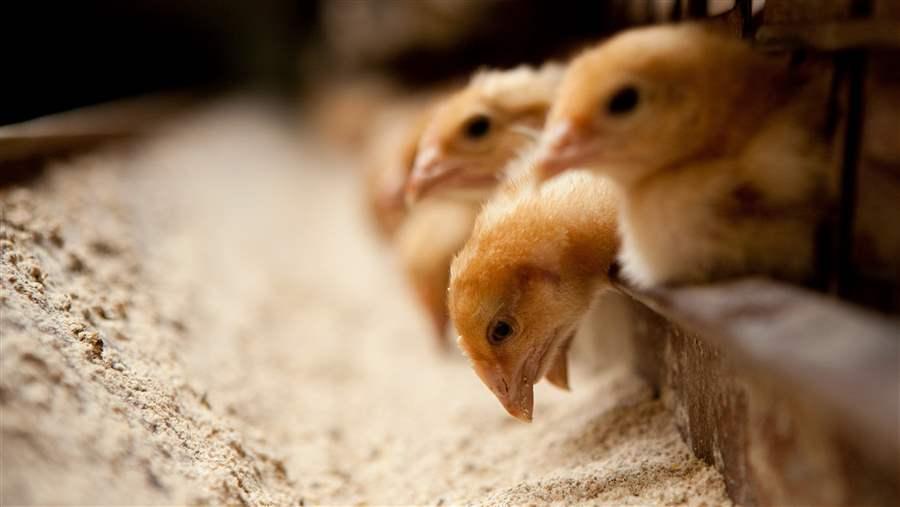 Pew commends FDA for its efforts supporting the enhancement of species-specific sales data and its timely release.

The U.S. Food and Drug Administration (FDA) finalized a rule May 10 requiring that animal drug companies estimate the amount of antibiotics sold for use in pigs, cows, chickens, and turkeys each year. FDA also committed to making public its annual animal antibiotics sales data report by Dec. 31 of the following year to ensure the timely dissemination of information.

Pew applauds FDA for finalizing this rule and helping to address key knowledge gaps about antibiotic use in the four major food-producing animal species. Until now, only aggregate data on total antibiotic sales were available, without information broken down by species. Although sales data are not the equivalent of actual usage data, they nevertheless contribute to our overall understanding of how antibiotics important to human health are used on farms. Such data, for example, could reflect how antibiotic use patterns have changed in a certain species. This additional information would also help FDA, food animal producers, and the public evaluate trends in antibiotic sales as recent changes to production practices and federal policies are implemented. (Key recent changes include Guidance for Industry #213, which will remove growth promotion as an approved use for antibiotics, and the Veterinary Feed Directive, which increases veterinary oversight of antibiotics administered in animal feed.)

While understanding the quantity of drugs sold for use in each of the major food-producing species is an important first step, it is equally important to know how and why antibiotics are used in food animal production. On-farm data collection is essential to one day understanding the drivers of antibiotic resistance on farms and how to mitigate that risk. Such data would help measure the impact of changes to federal policies and food animal production practices. Furthermore, it would help identify when antibiotic use is necessary versus where alternative interventions could be used.

Pew commends FDA for its efforts supporting the enhancement of species-specific sales data and its timely release. This move adds another important piece of information to understanding the use of antibiotics in animal agriculture. However, in order to know what drives antibiotic resistance in animal agriculture and evaluate the effects of federal policy changes, government agencies, the public, and other stakeholders will require quantitative and granular data on how, when, and why antibiotics are used in food animals. To this end, Pew urges FDA to work with the U.S. Department of Agriculture and the Centers for Disease Control and Prevention to collect additional on-farm data. Considered together, enhanced sales and on-farm use data can convey how antibiotics are used on farms, information that’s key to ensuring the judicious use of these drugs.