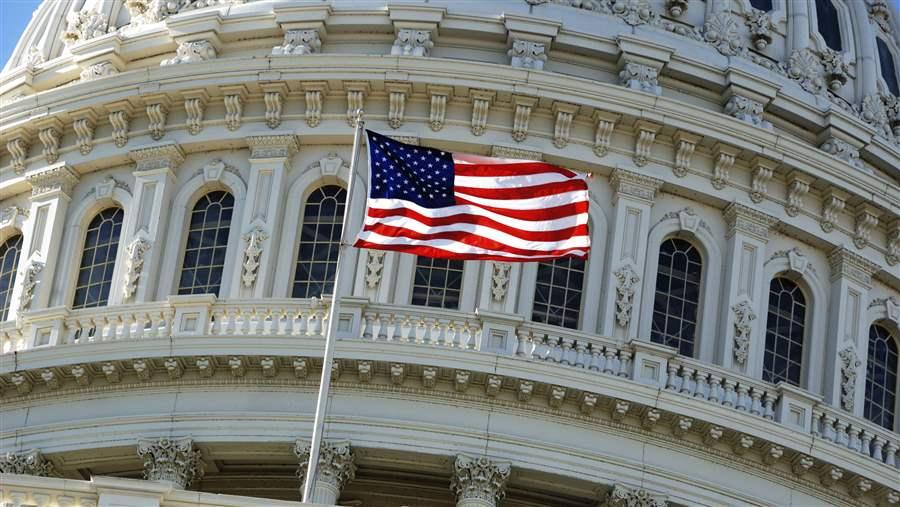 Lawmakers discussed the rapidly aging U.S. population and the growing need to improve care for people with serious illnesses and those nearing the end of life

Policies to improve care for patients at the end of life are gaining bipartisan attention and support on Capitol Hill. As Representative Phil Roe (R-TN) said: “This is not a Republican or Democrat issue. This is about people.” His remarks came at a February briefing on opportunities for congressional action co-sponsored by The Pew Charitable Trusts and the Coalition to Transform Advanced Care (C-TAC).

Lawmakers discussed the rapidly aging U.S. population and the growing need to improve care for people with serious illnesses and those nearing the end of life. Participants cited the popularity of such books as Being Mortal by Atul Gawande, M.D., as evidence that Americans are increasingly interested in receiving the type of care they want and need during such critical times. Much of the discussion focused on advance care planning, which allows patients to record their wishes for treatment during a final illness and helps families work together to make sure those plans are honored when and if patients can no longer speak for themselves.

To highlight the importance of advance care discussions for patients and families, Rep. Roe shared a personal story about caring for his wife, Pamela, whose terminal cancer was diagnosed in January 2015. She died just five weeks later.

“It did help that we had done this talk beforehand. She was a nurse, I’m a physician, so we had that conversation,” said Rep. Roe. “I was sitting by her side, holding her hand when she died. If you don’t think it isn’t hard to put a do-not-resuscitate [order] on to somebody you care the most about on this Earth … It’s very hard to do … but it was the right thing to do, and I knew that.”

In January, Medicare began reimbursing physicians for advance care planning discussions with beneficiaries. Although this was an important first step, all the speakers at the briefing noted that Congress and the administration have more to do to enable people with serious illnesses to receive high-quality care centered on their individual needs.

Senators Johnny Isakson (R-GA) and Mark Warner (D-VA) spoke about legislation they introduced last June, the Care Planning Act, which is supported by Pew and C-TAC. Their bill would prioritize and fund the development of quality measures that encourage clinicians, health systems, and insurers to improve end-of-life care and to test new models for delivering health services to those with advanced illnesses.

“This should be an American issue, a bipartisan issue, an issue that is all about families and about choice. It’s about people’s choice, and it’s not about limiting at all,” said Sen. Warner.

Jeannine English, AARP president, shared a personal story about a friend who was 46 years old when physicians diagnosed incurable cancer. Through the conversations she had with her doctors and family, she could make decisions about her health care that allowed her to live long enough to achieve her personal goal: to see her daughters graduate from high school and begin college before she passed away at home, surrounded by family and friends.

The event also featured a panel discussion with clinicians, insurance company representatives, and experts in the field of advanced illness. Marian Grant, D.N.P., director of policy and professional engagement at C-TAC and a nurse practitioner with University of Maryland Medical Center’s Palliative Care Service, spoke about the importance of giving patients access to advance care plans across settings throughout the health care system. Jay LaBine, M.D., chief medical officer at Priority Health Managed Benefits Inc., explained how innovative models of care benefit consumers, and he discussed some of the obstacles to wider use of those models. Joe Rotella, M.D., chief medical officer at the American Academy of Hospice and Palliative Medicine, highlighted the need for more and better-quality measures for palliative and end-of-life care.

Although each participant shared personal and professional experiences at the briefing, English summarized the theme. “When illness strikes, people want to stay empowered and informed and have their wishes respected by health care providers. They want to hold on to their quality of life as long as they can. Yet too often people’s wishes are not honored, or even known. Too often, individuals and their families are powerless spectators who don’t understand their choices or how to assert their priorities,” she said. “And the consequence is suffering that could be avoided.”

On Feb. 23, The Pew Charitable Trusts and the Coalition to Transform Advanced Care (C-TAC) hosted a discussion on Capitol Hill of legislative efforts to advance end-of-life and palliative care.&nbsp;