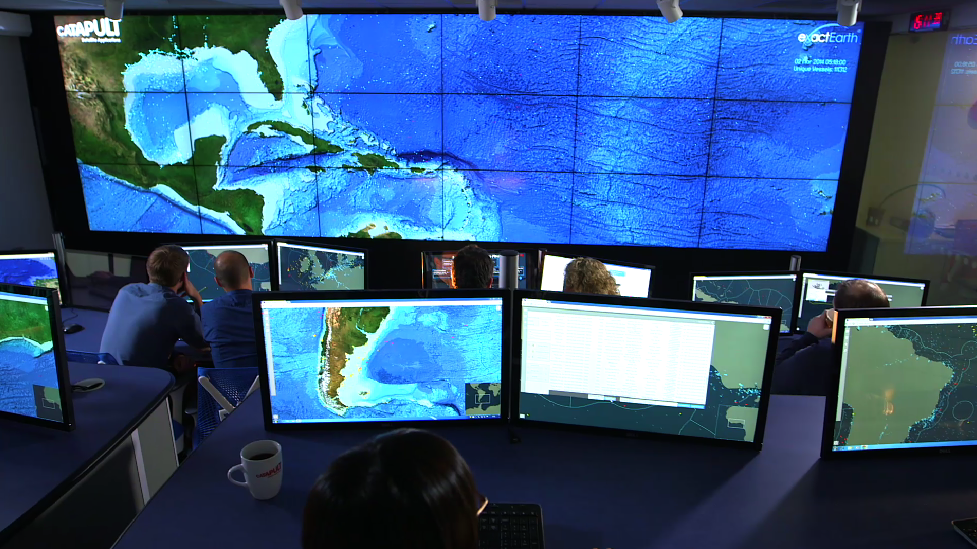 The British government is using a satellite-based system to monitor marine reserves around the Pitcairn and Ascension islands in the southern Pacific.

Even with gains in ship identification, port protocols, and coordinated policing, authorities need cost-effective ways to monitor national waters and scan the vast oceans for suspicious activity. Launched in 2015 with the U.K.-based innovation center Satellite Applications Catapult, Pew’s Project Eyes on the Seas provides a way to do that. The joint project helps fill in gaps in other monitoring platforms by combining and integrating multiple layers of data to make sure vessels can be seen whether they are properly transmitting their positions or not.

The system combines data from multiple sources—including space-based radar and photographic imagery, vessels’ electronic transponders, and databases of authorized and blacklisted vessels and oceanographic and environmental data—to help authorities detect questionable fishing operations. Governments can take a proactive approach to combat illegal, unreported, and unregulated (IUU) fishing because Project Eyes on the Seas provides critical information to countries that lack the capacity to build such monitoring systems on their own.

The U.K. government is using the system to monitor marine reserves around the Pitcairn and Ascension islands in the southern Pacific. Several members of the Polynesian Leaders Group—Niue, Tonga, Samoa, and the Cook Islands—have signed on as well. They plan to use the integrated monitoring platform to supplement ongoing surveillance efforts in their waters. We also are in talks with other governments interested in benefitting from the project’s capabilities. Continuing the initial focus of this work, we are committed to making this service available to even the most resource-poor countries, many of which are plagued by illegal fishing precisely because they lack the capability to effectively patrol their waters.

In 2016, Pew and the Satellite Applications Catapult will work to further develop this platform so that information can be available to those who need it most. Our vision is a system through which any fisheries authority, or any market entity, can have access to reliable data that can be used to make smart decisions. While this would spur enforcement actions, it would help businesses seeking a robust traceability system for their seafood products, and it would also protect the market from illegally caught fish.