On Feb. 9, the White House released its fiscal year 2017 budget request that included greater investment in cutting-edge clean energy technologies. The increased funding would support programs within the Department of Energy that focus on basic scientific research, electric grid modernization, advanced manufacturing, vehicle and energy efficiency, and renewable power generation. In the coming weeks, Congress will begin constructing budgets for the various federal agencies, including the clean energy research and development programs.  They should make strong investments in the technologies of the future.

The Obama administration’s proposal for energy R&D represents an essential first step in Mission Innovation, a global initiative announced in November to accelerate and expand the creation of clean technologies. As part of that effort, the United States and 19 other countries committed to double their public sector investments in renewable and efficient technologies over the next five years. 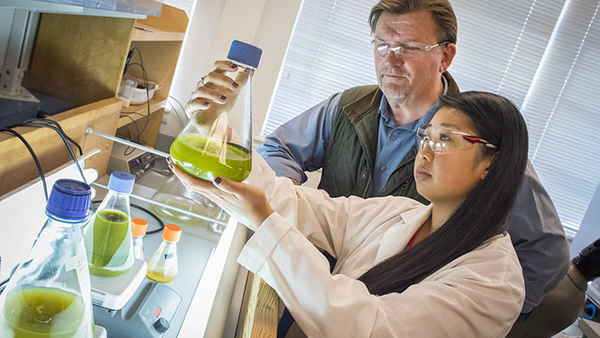 The national laboratories, including Lawrence Berkeley (above), are key pieces in the U.S. clean energy innovation ecosystem. 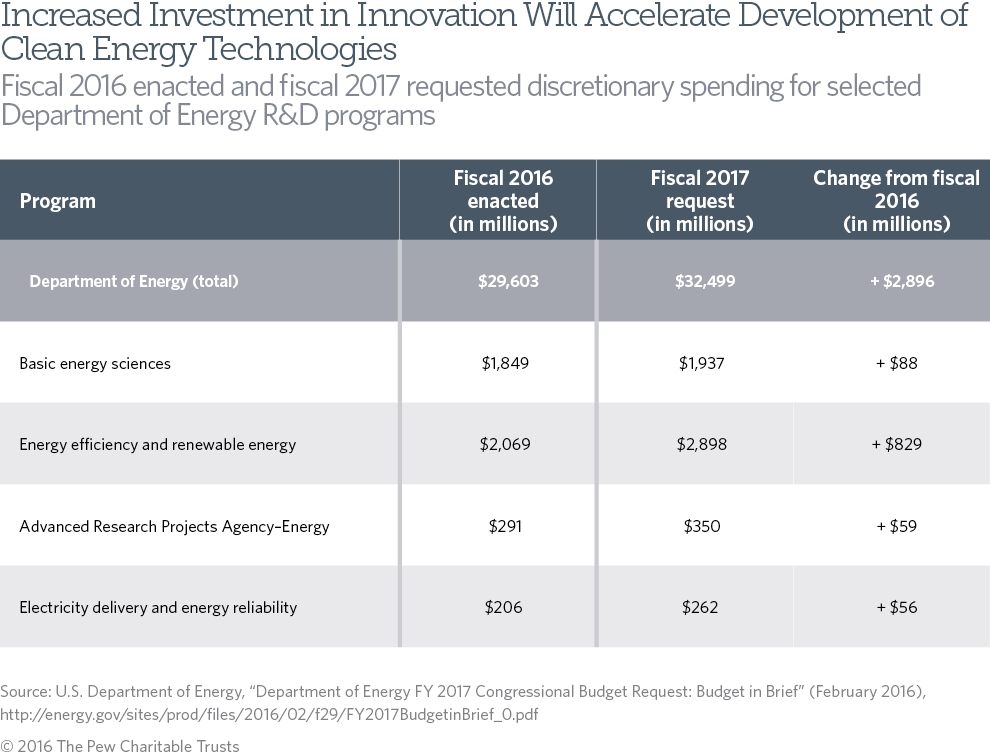 In addition to optimizing discretionary spending for R&D programs that support the objectives of Mission Innovation, the agency is targeting new mandatory expenditures, including more than $1.3 billion to help jump-start the 21st Century Clean Transportation System and $150 million for ARPA-E to direct toward large-scale, complex energy challenges.

Half of newly installed electric generating capacity worldwide is expected to come from clean sources by 2030, so developing and commercializing next-generation technologies is vital to ensure that the U.S. maintains a competitive position in this rapidly growing global market. A robust R&D budget that helps spur innovation in energy technologies will create more economic opportunities, benefit the environment, and enhance energy security.