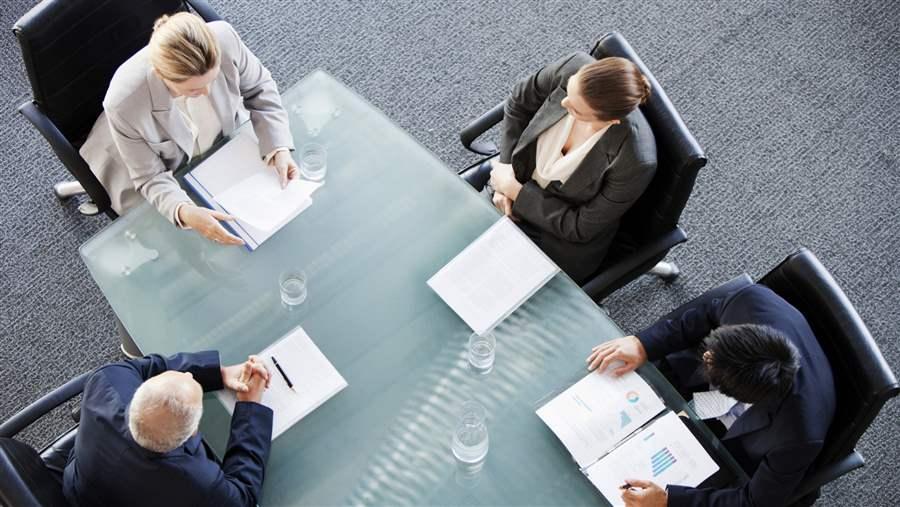 Many contracts for credit cards, checking accounts, prepaid cards, and other financial products include mandatory arbitration clauses, which forbid consumers from settling disputes in court, either individually or as part of a group (or class action), and require them instead to participate in arbitration. In October 2015, the Consumer Financial Protection Bureau announced that it was considering a ban on mandatory arbitration agreements that prohibit class actions. In light of our research showing that these clauses inflict harm by limiting customers’ recourse, Pew urges the CFPB to institute the ban promptly.

By barring class-action lawsuits—cases that can involve thousands or even millions of claimants—arbitration agreements deprive consumers of the ability to join together to hold companies accountable for illegal actions that might be individually small but are significant in the aggregate. As Judge Richard Posner of the 7th U.S. Circuit Court of Appeals once said in a decision: “The realistic alternative to a class action is not 17 million individual suits, but zero individual suits, as only a lunatic or a fanatic sues for $30.”

In March 2015, the CFPB issued a report on predispute arbitration agreements, which was mandated by the 2010 Dodd-Frank act, across six financial service markets—credit cards, checking accounts/debit cards, payday loans, prepaid cards, private student loans, and auto loans. The study found that from 2010 to 2012, the American Arbitration Association, the largest provider of consumer arbitration services, scheduled an average of 616 individual arbitrations a year, and only a few individual consumer financial federal and small-claims court cases were filed covering these markets.

During the same period, however, approximately 187 class actions regarding these products were filed. Although the number of arbitrations and individual court cases dwarfs the total class actions filed, the impact of the group lawsuits is far greater. The CFPB’s study found that class-action settlements yielded billions of dollars in cash and in-kind relief to consumers from 2008 to 2012.

In the first of two Pew-commissioned surveys on the subject, most consumers in 2012 expressed support for the stated goal of arbitration—dispute resolution that is faster and cheaper than going to court. However, a majority objected to several specifics of the arbitration process, including the lack of a right to appeal decisions and the fact that arbiters are not required to have legal training.

The second survey, conducted in December 2015, examined consumers’ opinions and attitudes about disputes with their financial institutions. When asked how they would deal with a hypothetical problem with their bank account involving a recurring fee that should not have been charged:

When asked whether they would take legal action:

Although most consumers said they would not take legal action if they had a small-dollar claim with a bank, they overwhelmingly said that banks should not be able to restrict their access to the courts.

These findings were equally strong across demographic groups, including political affiliation.

The CFPB can limit or ban predispute arbitration agreements if its study determines that doing so is in the public interest. The bureau is considering a proposal that would prohibit banks and other financial service providers from using arbitration clauses that forbid consumers from participating in class-action lawsuits but would allow companies to continue requiring arbitration for individual cases.

The CFPB’s study and this poll make clear that, in most cases, consumers would not take individual legal actions for small amounts of money but want the right to join class actions to hold companies accountable for illegal acts. The CFPB is rightly concerned about limitations on dispute resolution, and the public strongly supports access to the justice system, including the right to join and pursue a class-action lawsuit. The CFPB should move forward with this rulemaking expeditiously.

Thaddeus King is an officer with the consumer banking project at The Pew Charitable Trusts.