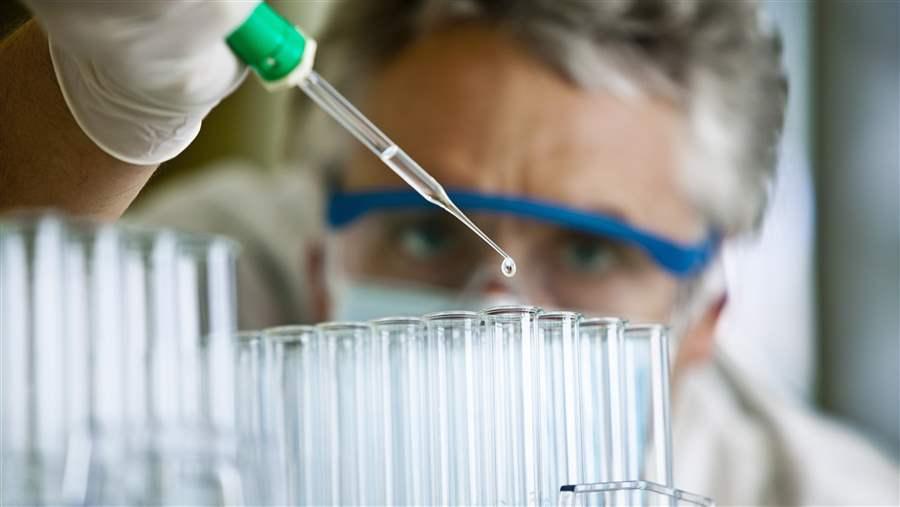 The fight against antibiotic-resistant bacteria continues in 2016.

The start of a new year usually brings hope and anticipation, but in the fight against resistant bacteria, 2016 begins with both alarm and optimism. Last year ended with two discouraging findings. There was the discovery—first in China and quickly thereafter on multiple continents—of a new genetic mechanism that can make “superbugs” resistant to colistin, which until now was one of the few medications doctors could still turn to fight infections. Also, the U.S. Food and Drug Administration (FDA) announced that sales of medically important antibiotics for use in food animals continued to rise in 2014, marking a 23 percent increase since 2009. Yet although the public health threat continues to grow, there are some major policies, plans, and milestones to keep your eye on this year: changes that have the potential to make a meaningful difference in the fight against antibiotic-resistant bacteria.

March will mark one year since the White House released its road map for addressing urgent and serious drug-resistant threats that endanger people in the U.S. and around the world. The CARB plan outlines key goals and milestones for the next five years. Federal agencies are well positioned to make great strides in 2016, thanks to an unprecedented 57 percent increase in funding from Congress for a total of more than $375 million. While more will be needed to fully implement the CARB, this is a welcome sign of a growing national commitment to tackling the problem.

Although increased funding is necessary, it is not the complete solution, especially for priorities pertaining to the use of antibiotics in food animals. Furthermore, successful implementation of the five-year CARB plan will require sustained funding and an ongoing bipartisan commitment from Congress and the next president.

Legislation to help advance the development of new antibiotics

Doctors and patients are running out of options to effectively treat drug-resistant infections. An analysis by The Pew Charitable Trusts shows that the new antibiotics in development are insufficient to meet current or anticipated patient needs, and few of those antibiotics have the potential to address the most hard-to-treat infections we face.

Early this year, the Senate will consider a series of bills related to biomedical innovation. We hope that the bipartisan Promise for Antibiotics and Therapeutics for Health (PATH) Act, which is not currently slated for review, will be included in one of the upcoming bill markups that the Senate has announced. This legislation would create a mechanism for the FDA to review and approve new antibiotics that address unmet medical needs for specific, limited populations of patients: those with serious and life-threatening bacterial infections that are resistant to current treatments. This “limited population antibacterial drug” (LPAD) concept has broad support and was approved overwhelmingly by the House last year as part of the 21st Century Cures Act. We urge the Senate to follow suit and pass LPAD to support the development of urgently needed new drugs.

As use of antibiotics increases, the ability of bacteria to resist them grows, too. That is why it’s essential to minimize inappropriate or excessive use of these drugs. Antibiotic stewardship programs are a proven strategy for promoting responsible use, but many health care facilities in the U.S. have yet to implement such programs.

In 2016, the Centers for Medicare & Medicaid Services (CMS) is expected to release a proposed rule that would require hospitals to have antibiotic stewardship programs in place before they can receive reimbursements from Medicare and Medicaid. We hope that CMS will finalize a similar rule for long-term care facilities later this year.

These “condition of participation” rules—which currently do not include any requirements related to antibiotic stewardship—could be a major step forward in improving antibiotic use in human health care and protecting both individual and public health.

In a related effort to improve antibiotic stewardship in human health care, Pew and the Centers for Disease Control and Prevention (CDC) have been working together to set national targets for reducing inappropriate antibiotic use in outpatient and inpatient settings. Expect to hear more this year about our findings and recommendations resulting from this effort.

The end of antibiotic use for growth promotion in food animals

Just as health care providers must ensure appropriate use of antibiotics, the agricultural sector must use the drugs responsibly. For years, antibiotics have been used in food animal production without veterinary oversight and for nonmedical purposes, such as growth. However, thanks to several landmark policies enacted by the FDA in recent years, as well as major commitments from leading food producers, we anticipate significant progress this year in reducing and improving the use of antibiotics in animal agriculture.

By year’s end, FDA’s Guidance for Industry #213 will be fully implemented, with significant implications for antibiotic use in animals. Most notably, by Dec. 31:

These changes are pivotal, but we will not be able to fully assess their impact without more data.

Collecting more meaningful data on how antibiotics are used

In human health care, the CDC is working to collect more detailed information regarding antibiotic use through its National Healthcare Safety Network’s Antimicrobial Use and Resistance Module. The CDC is also developing a new metric for antibiotic use. The Standardized Antibiotic Administration Ratio is intended to help health care facilities evaluate their antibiotic use and direct potential stewardship efforts as needed.

In animal agriculture, the public, government, and industry all lack good data on how and why antibiotics are being used on the farm. That may change in 2016. The FDA has proposed collecting species-specific data on antibiotics sold for use in animals, and the agency is also working with the CDC and U.S. Department of Agriculture to develop a concrete plan for collecting data on antimicrobial use and resistance. Movement on both fronts in 2016 will be critical, as will sustained federal funding for these data collection efforts.

2016 holds much potential to spur the development of new antibiotics and improve drug stewardship in animals and people. We thank all the government officials, public health advocates, health care providers, and industry partners working to curb resistance and hope that 2016 will be a year of great progress in combating antibiotic-resistant bacteria.