Note: This article was updated on March 4 with the addition of Central Coast, Bears Ears, Owyhee Canyonlands, and the Cherokee National Forest.

Congress plans to be in session for only about 111 days this election year, so members will need to work quickly and effectively to pass some of the many proposed land protections. Because there’s nothing like a deadline to focus our efforts, we’ve identified 16 areas ripe for congressional or administrative action before the end of this year—our “16 in ’16.”

Efforts to protect the California desert include proposed national monument designation for Sand to Snow (below), Mojave Trails, and Castle Mountains—all of which represent an important part of the nation’s natural heritage, contribute to the region’s economy, and offer a wide variety of recreational opportunities. 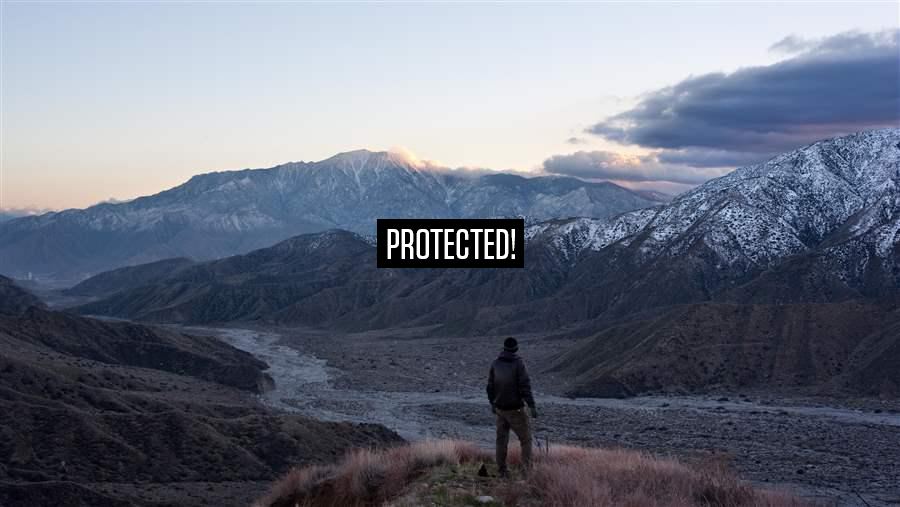 Pew partners with the Campaign for the California Desert to ensure protection for the area’s iconic vistas.

The Continental Divide Wilderness and Recreation Act would safeguard some 58,000 acres of the White River National Forest in Colorado’s Central Rocky Mountains. Nearly 42,000 acres would be protected as wilderness, and over 16,000 acres, through other designations, would preserve prized biking trails. The area is home to black bears, elk, mule deer, bighorn sheep, moose, and lynx, and is popular with hikers, campers, and sportsmen. 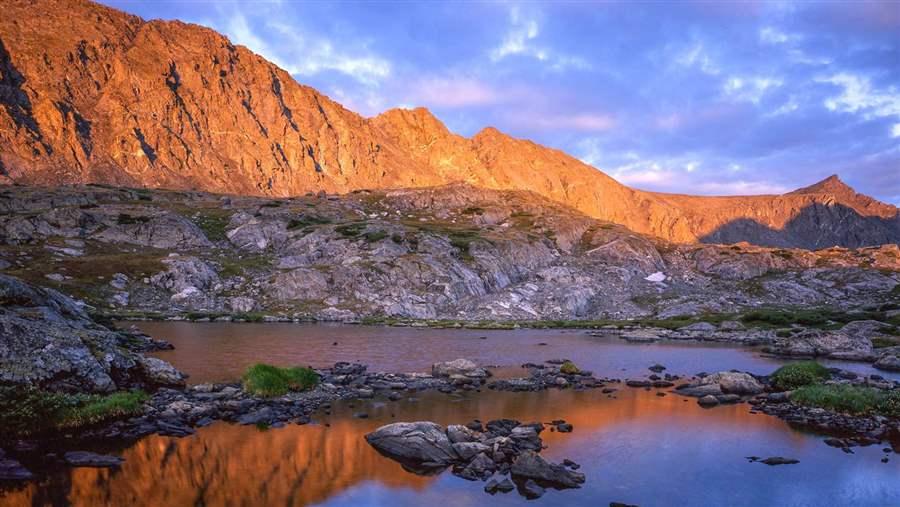 Many veterans living near the Fort Carson Army base enjoy the Continental Divide as a peaceful haven.

Working to preserve a rare and iconic part of West Virginia's Monongahela National Forest, citizens are hopeful that the area will be protected as the state's first national monument. Some of the most spectacular features in the proposed monument are also some of the most accessible, including Cranberry Glades (below), a series of tundralike bogs offering opportunities for close-up views of migratory birds. The monument would include the Cranberry Wilderness Area—roughly 75,000 acres of wild terrain that offers some of the best hunting and trout fishing in Appalachia. 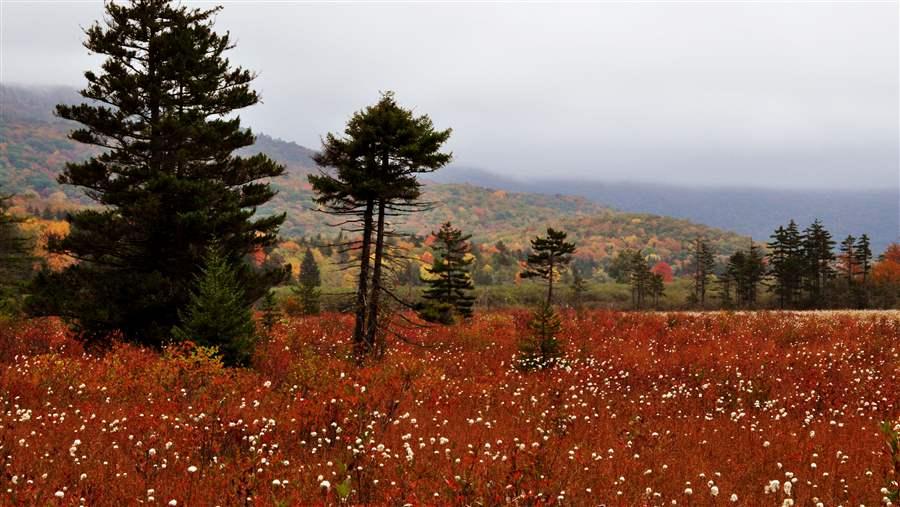 Some of West Virginia's most dramatic landscapes—from the thundering falls of Hills Creek to the Yew Mountains—could be protected this year.

Legislation has been introduced to permanently conserve more than 126,000 acres of the Olympic National Forest’s ancient trees as wilderness and 19 Olympic Peninsula rivers and their major tributaries as wild and scenic. The measure would safeguard critical salmon habitat and sources of clean drinking water for local communities. 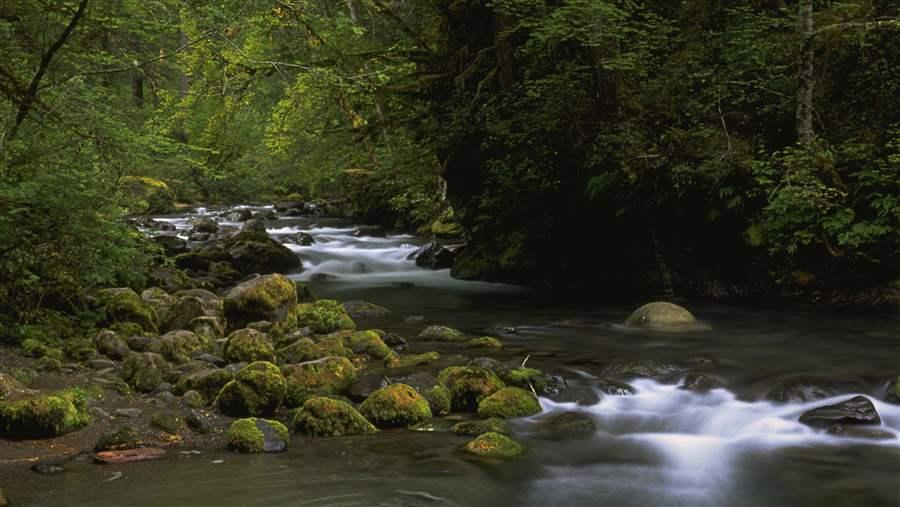 A gem of the Pacific North West, the Wild Olympics is a choice destination for fishing and kayaking. 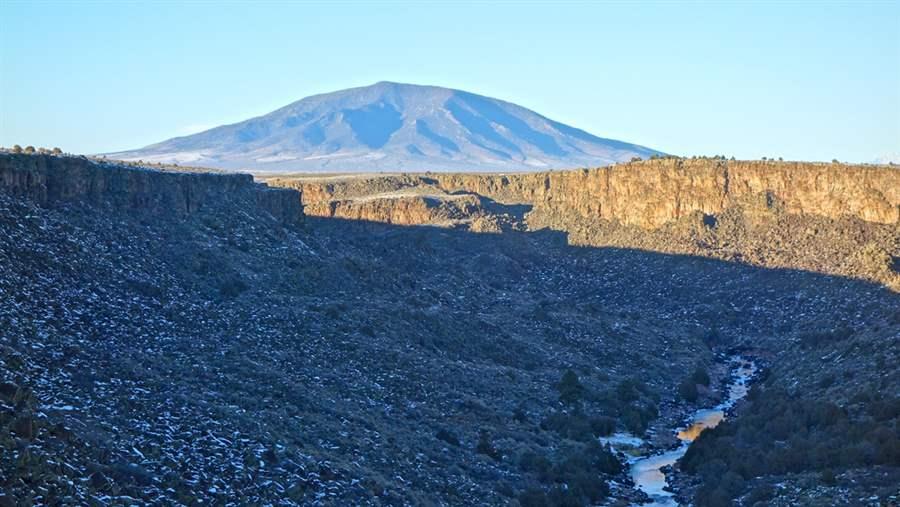 The Frank Moore Wild Steelhead Sanctuary Designation Act would protect 104,000 acres in Douglas County, Oregon, as a sanctuary. The area contains some of the best wild steelhead spawning areas in the Pacific Northwest and is named in honor of Frank Moore, a World War II veteran who is a legendary steward of the North Umpqua River. The legislation would safeguard drinking water, critical wildlife habitat, and cultural resources in a watershed identified as one of the most important ecological areas in the Pacific Northwest, providing over 50 miles of high-quality river and stream habitat for summer and winter steelhead, chinook and coho salmon, rainbow trout, and other native species. 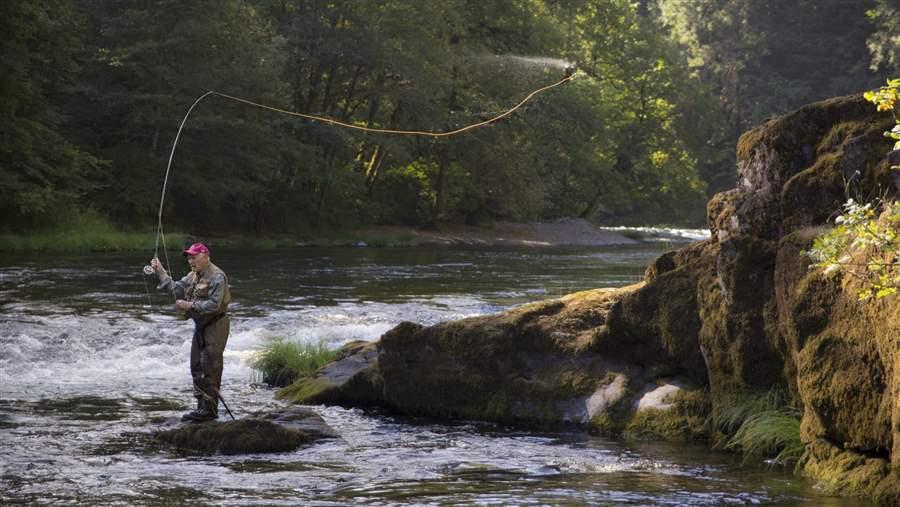 National monument designation for the greater Grand Canyon would permanently safeguard 1.7 million acres of public land from uranium mining in an area that’s home to sacred tribal sites, artifacts, and other cultural resources as well as a watershed that provides drinking water for millions.

Protecting these lands will benefit California’s native condors and mountain lions and will create a safe migration corridor for mule deer and other wildlife between Grand Canyon National Park and Grand Staircase-Escalante National Monument. 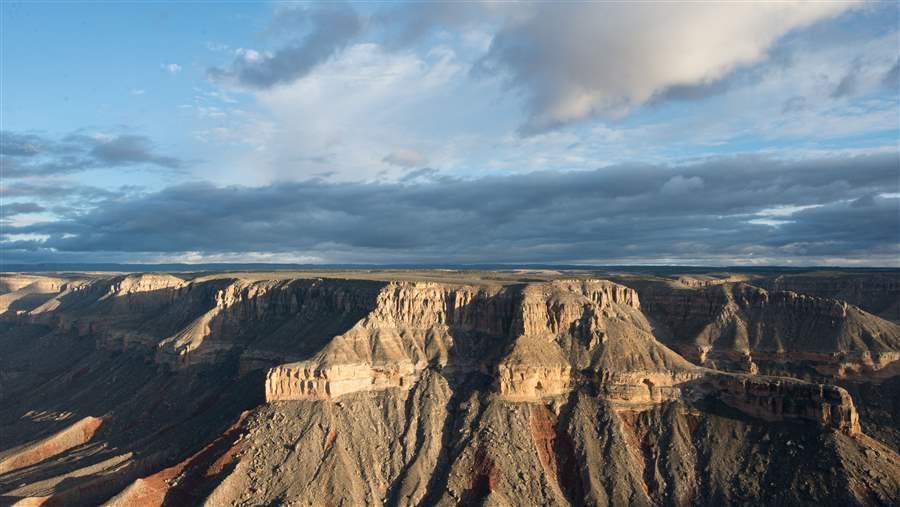 Legislation has already been introduced to designate as wilderness the 12,330-acre Burbank Canyons Wilderness Study Area in western Nevada’s Pine Nut Range. Local residents are aiming to achieve long- term protection for sagebrush ecosystems across the region and to ensure better manageability for recreation and wildlife habitat. 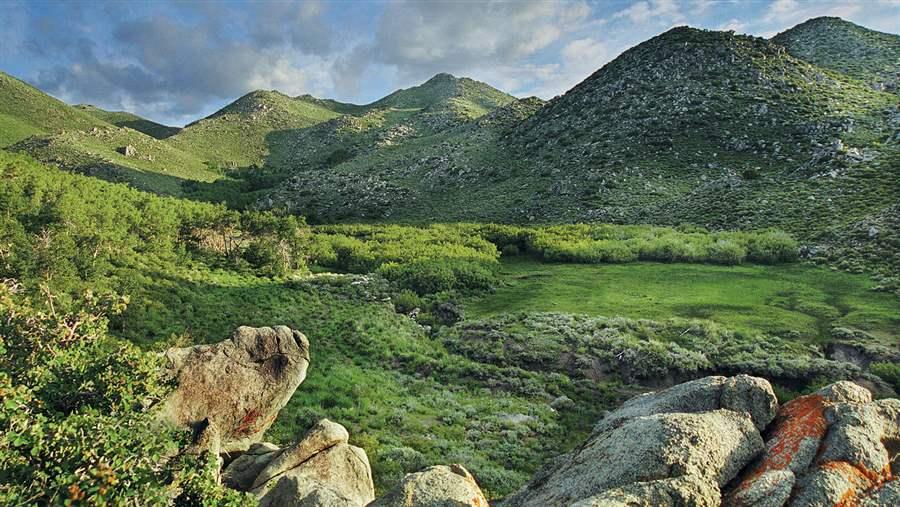 Gold Butte, known as Nevada’s piece of the Grand Canyon, comprises more than 350,000 acres of public land just outside of Mesquite, near the Arizona border.

Gold Butte is the ancestral home of Paiute tribes, is prime habitat for desert tortoises and bighorn sheep, and houses remnants of the historical mining boom town for which it is named. Visitors can find traces of each of these stories, along with dramatic geologic features such as sculpted red sandstone and rock spires—but the area’s cultural, natural, and historical resources are threatened by unlawful development, the theft and destruction of cultural artifacts, and illegal grazing.

For over a decade, locals have been working to win protection for Gold Butte and preserve its ancient petroglyphs and other cultural resources, as well as wildlife habitat. 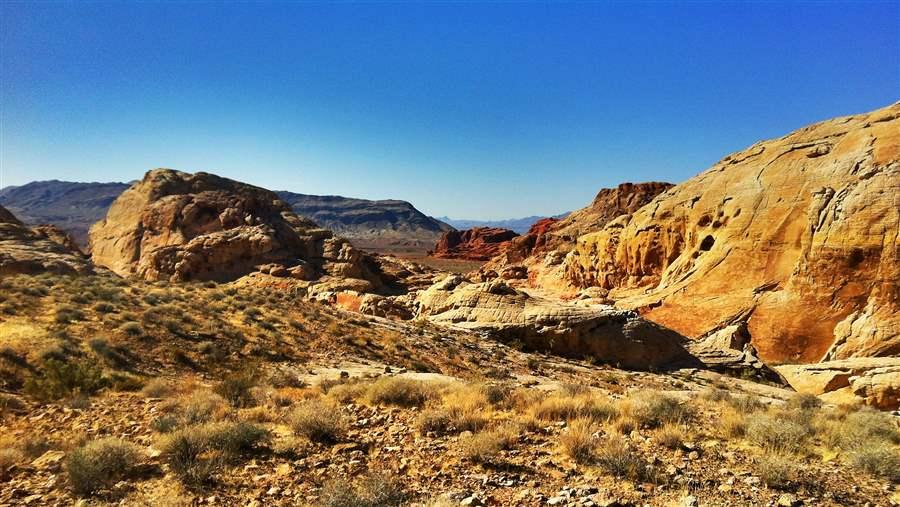 Legislation to protect Gold Butte’s red and white sandstone was first introduced in 2008.

A diverse coalition, including the local chamber of commerce, sportsmen, local county commission, conservationists, and the Idaho Forest Group, are backing a proposal to safeguard roughly 14,000 acres of the Idaho Panhandle National Forests as wilderness. The area would encompass Scotchman Peak—at 7,009 feet, the highest point in Bonner County—and is home to grizzly bears, lynx, mountain goats, and bull trout. 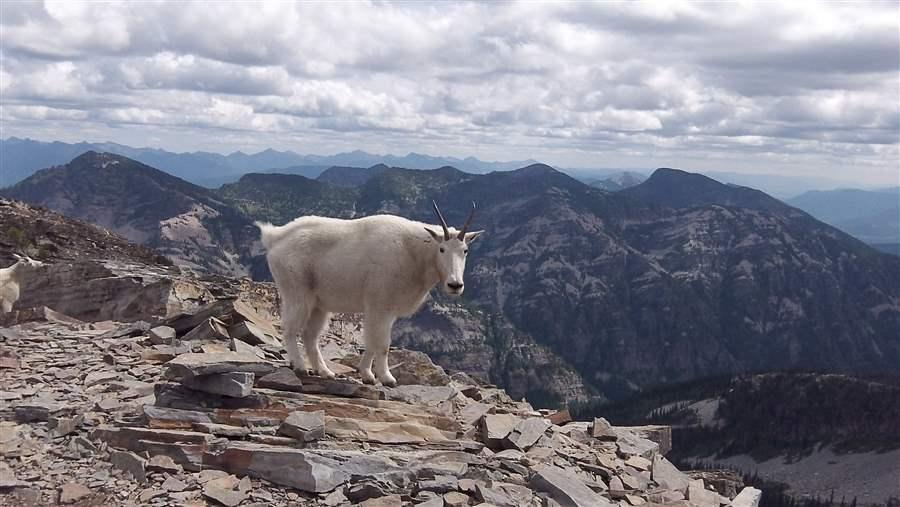 Mountain goats atop the Scotchman Peaks.

The Oregon Wildlands Act would provide wilderness protection to 107,800 acres in the Wild Rogue and Devil’s Staircase areas. It would also designate 252 miles of wild and scenic rivers and preserve 119,120 acres of the Rogue Canyon and Molalla rivers as national recreation areas. People visit all of these areas to hike, fish, whitewater raft, kayak, and camp. 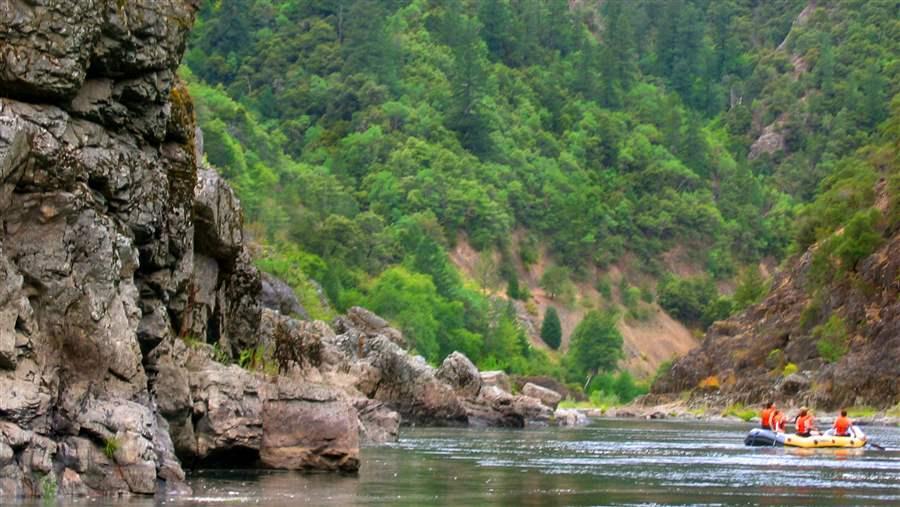 Southwestern Oregon's remarkable Rogue River is the centerpiece of one of the most outstanding—and ecologically rich—landscapes in the United States.

The California Coastal National Monument would protect more than 1,100 miles of islands, rocks, and geological formations along and off the California coast, an area that provides nesting habitat for an estimated 200,000 breeding seabirds and thousands of marine mammals, including harbor seals and sea lions.

Legislation in the House and Senate aims to permanently safeguard the ecological, cultural, and scenic resources of six sites totaling some 6,000 acres in Humboldt, Santa Cruz, San Luis Obispo, and Orange counties. The largest of these, the 5,800-acre Coast Dairies, encompasses six coastal watersheds and supports diverse vegetation that ranges from grasslands to redwood forests. 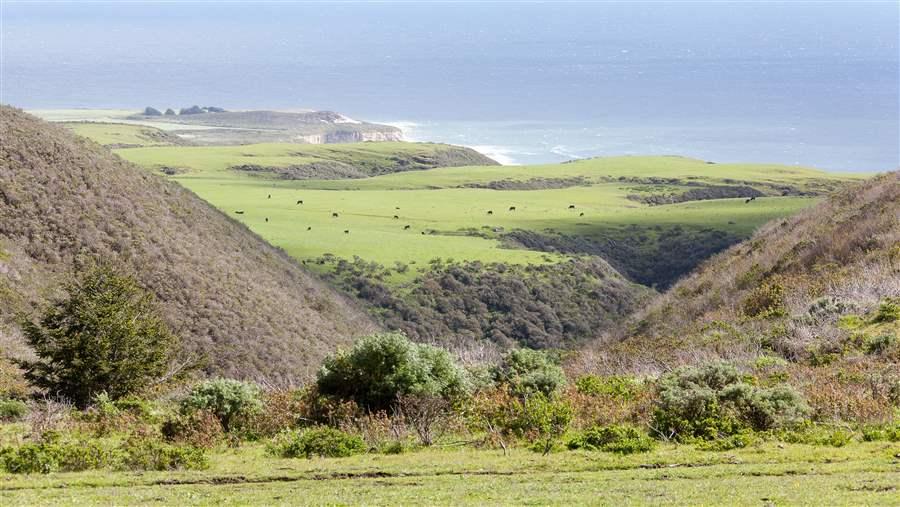 Native Americans known as the Cotoni once inhabited the Coast Dairies lands, where four ancestral archaeological sites have been documented.

California’s Central Coast is a land of many ecosystems that’s home to a stunning variety of plants and animals, many of which are at risk of extinction—including the San Joaquin kit fox, Southern California steelhead trout, arroyo toad, spotted owl, and California condor.

The Central Coast Heritage Protection Act would safeguard 245,000 acres of new and expanded wilderness in the Los Padres National Forest and the Carrizo Plain National Monument. It would also protect wild and scenic rivers and designate a national recreational trail. 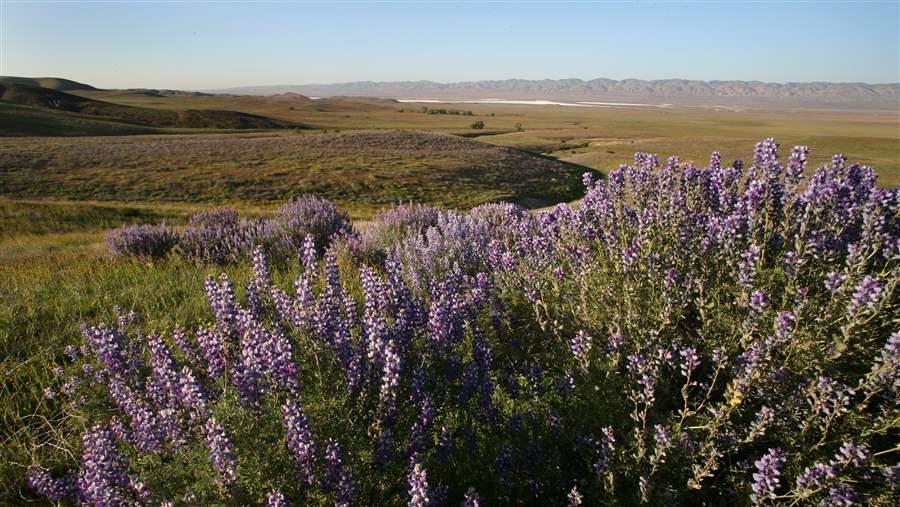 A coalition of 25 Native American tribes is working to preserve nearly 2 million acres of ancestral public land in Southern Utah bordered by the Colorado River to the west, the San Juan River and Navajo Nation to the south, and the White Mesa Ute Reservation to the east. These unprotected lands harbor more than 100,000 archaeological sites, including cliff dwellings and rock art, and sustain Native Americans’ traditional way of life. The Bears Ears Inter-Tribal Coalition, supported by conservationists, is asking President Barack Obama to designate the area as a national monument. 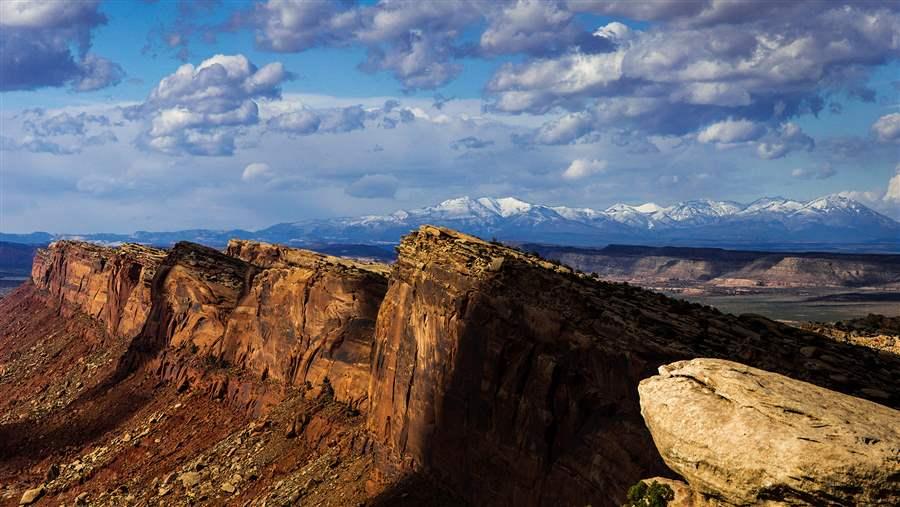 The Owyhee Canyonlands are among the most expansive and dramatic ecosystems in the West. The area is a wildlife haven flowing with clean water and boundless opportunities for outdoor recreation. For decades, Oregonians have been working to safeguard roughly 2.5 million acres in the southeastern part of the state.

Advocates also hope to expand the Cascade-Siskiyou National Monument by approximately 50,000 acres. The national monument is located at the crossroads of the Cascade, Klamath, and Siskiyou mountain ranges in southwestern Oregon and is known for its biodiversity and cultural history. 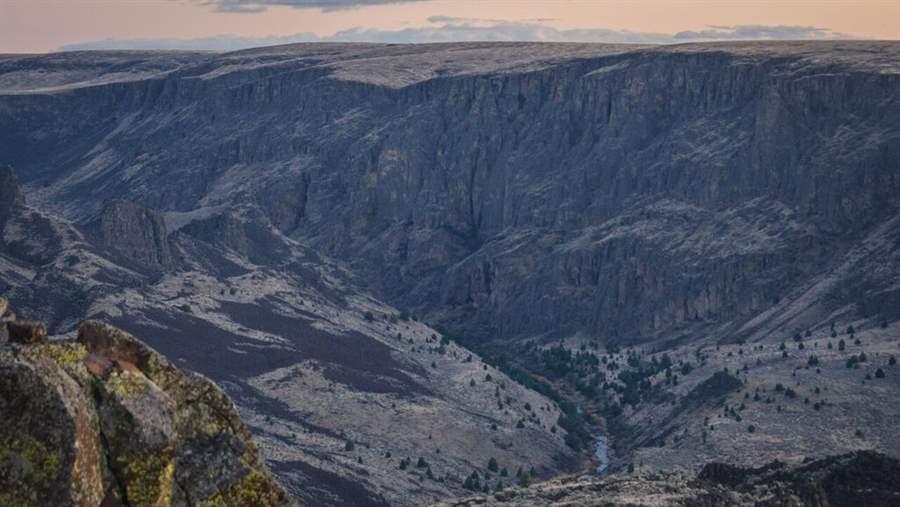 While their remote location has so far afforded the Owyhees protection, the threat of mining leases is putting the area at risk.

Tennesseans have been working for over a decade to conserve roughly 20,000 acres of the Cherokee National Forest as wilderness. The Tennessee Wilderness Act was introduced by Senators Lamar Alexander (R-TN) and Bob Corker (R-TN) eight years ago and has been introduced in every Congress since. It would expand the Joyce Kilmer-Slickrock, Big Frog, Little Frog Mountain, Big Laurel Branch, and Sampson Mountain wilderness areas and create a 9,000-acre Upper Bald River wilderness area. Congressman Phil Roe (R-TN) is the sponsor of similar legislation in the U.S. House of Representatives in 2016. 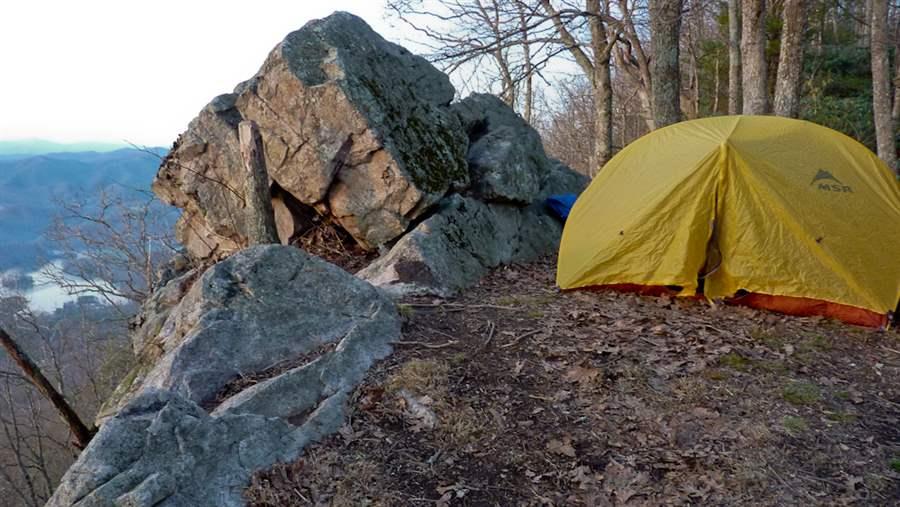