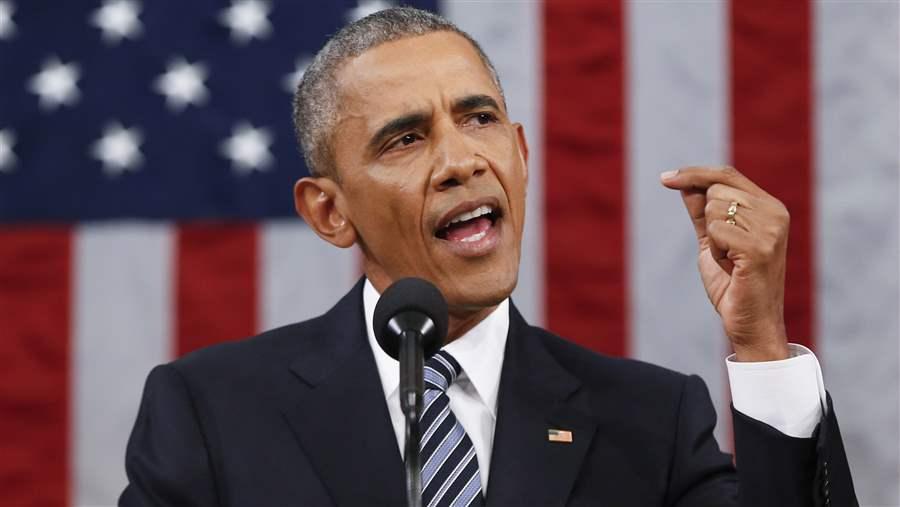 President Barack Obama speaks to Congress during his 2016 State of the Union address.

In his final State of the Union address Jan. 12, President Barack Obama asked: “How do we give everyone a fair shot at opportunity and security in this new economy?”

That is an important question, and one that Pew has long supported and studied. Although no single strategy can enhance economic opportunity for everyone, our research clearly shows that it is hard for families to be upwardly mobile if they aren’t first financially secure.

Job growth is up, but Americans remain concerned

The U.S. economy added nearly 2.7 million jobs in 2015, dropping the unemployment rate to 5 percent. However, five years after the Great Recession, many families still feel financially vulnerable and have doubts about their chances of attaining the American Dream:

In 2009, nearly 4 in 10 Americans said they felt it was common for a person to start poor, work hard, and become rich. Five years later, that number had declined to 23 percent. 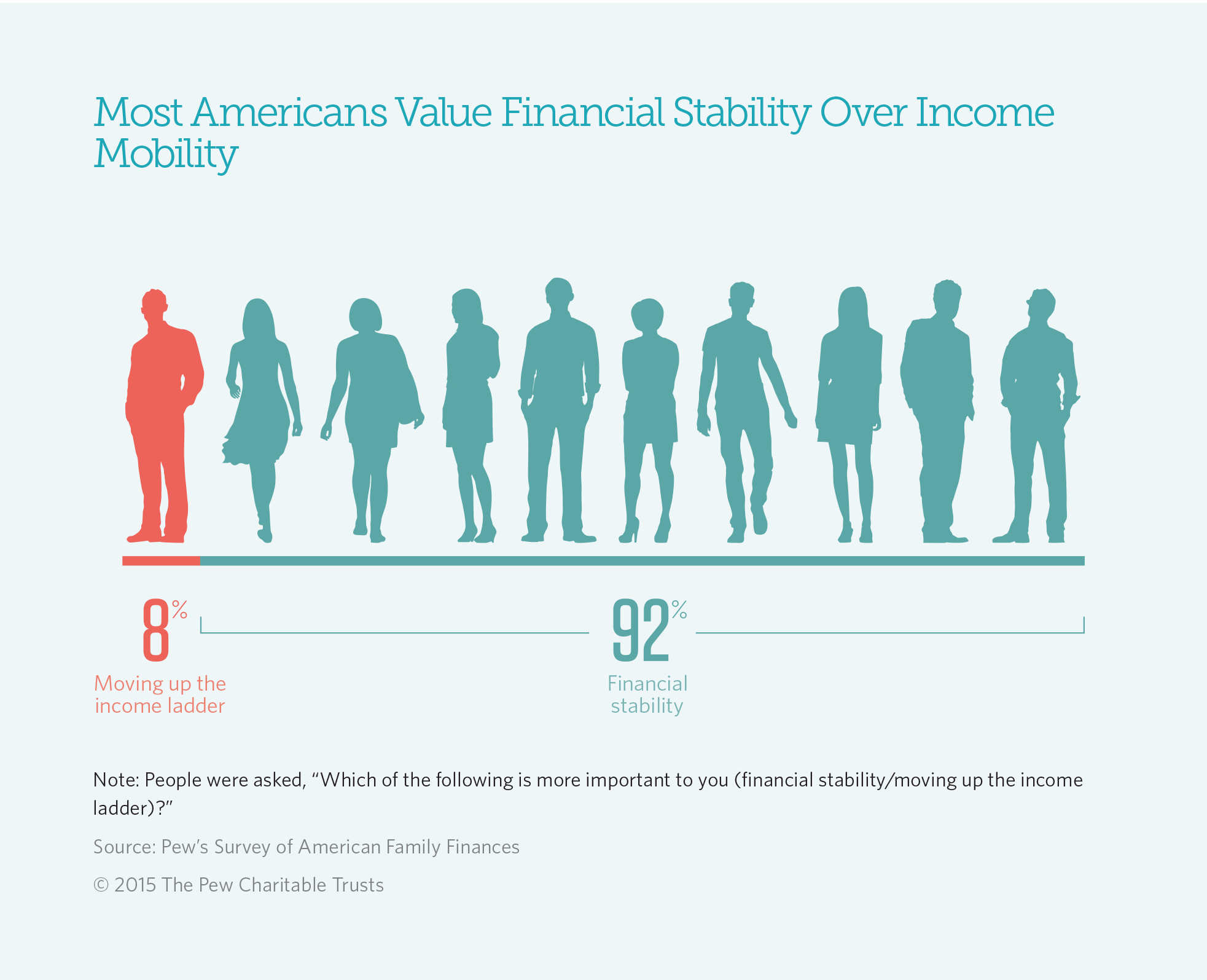 From 1999 to 2009, the most recent full decade for which statistics are available, earnings grew little for the typical worker and income was often volatile,2 with more than half of households reporting that their income or expenses varied from month to month.3 Such unpredictability makes it difficult for households to plan and save. 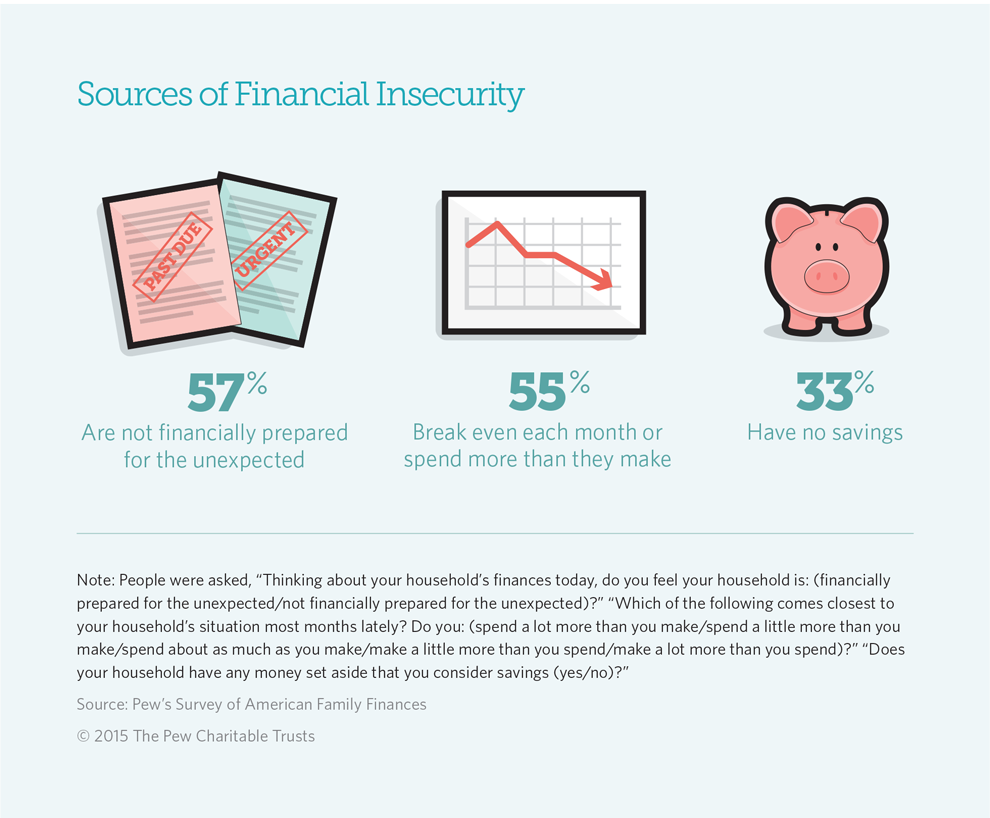 Not surprisingly, then, many families are unprepared to deal with financial emergencies. Over the course of a year, most experience financial shocks—unanticipated expenses or losses of income, such as car or house repairs, a pay cut, or an illness or injury—that can cause significant strain. And these events are often costly:

How households can be more financially secure in 2016

As we look to the year ahead, this moment following the State of the Union presents an ideal opportunity to consider how policymakers can address the concerns that families face daily.

Pew’s research shows that policies and programs can improve American families’ balance sheets of in a number of ways:

Give consumers better tools to recognize the ebbs and flows of their finances and encourage them to build savings in times of surplus, providing a pool to draw on when money is tight.6