What places are important to ocean fish? Spawning grounds, where fish reproduce, and nursery grounds, where baby fish find shelter, might come to mind first. Anyone who has thought about where to drop a baited hook also knows that fish go to certain spots to eat.

Those key areas for ocean fish are not only located in the ocean; they can also be found inshore—in rivers, estuaries, and coastal wetlands. Some fish, such as salmon, can travel hundreds of miles upstream to spawn. Others, like Atlantic flounder, spend a portion of their lives in estuaries such as the Chesapeake Bay, where they settle down in the eelgrass and seem to disappear into the sand. An upstream habitat can be important even if an ocean fish never goes there at all—if, for instance, the inshore area produces the forage fish that nourish larger seagoing fish.

Although regional fishery management councils are limited to setting rules about fishing activities in U.S. waters—which generally begin 3 miles from shore and extend to 200 miles—most managers recognize that what happens inshore or upstream can have a major impact on the health of fish populations.

Innovative research supported by the National Oceanic and Atmospheric Administration’s Fisheries Service (NOAA Fisheries) is now providing fishery managers with new opportunities to think about the big picture. Projects on both the West and East coasts are working to identify and quantify why upstream areas matter, how those places are likely to change, and what that could mean for management of ocean fish. 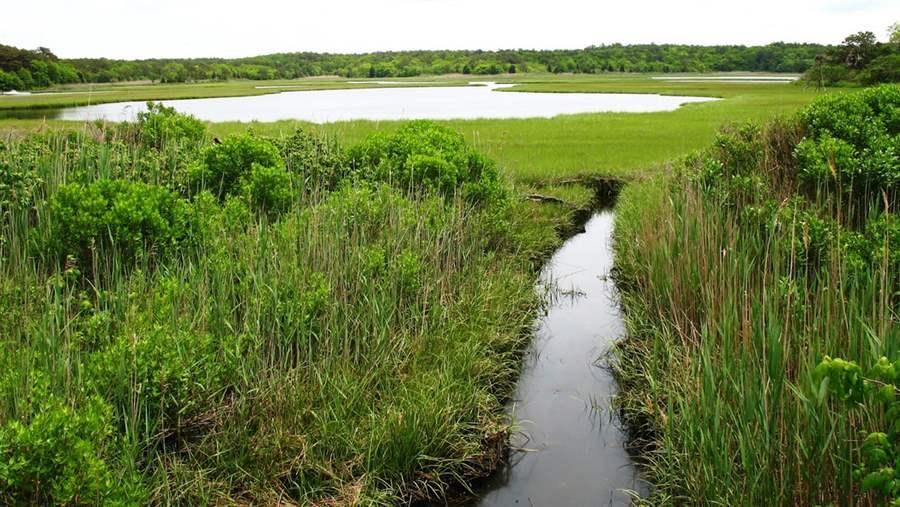 Essential habitats for some ocean fish and their prey are found inshore—in rivers, estuaries, and coastal wetlands, such as Waquoit Bay in Massachusetts.

On the West Coast, NOAA Fisheries has begun a several-year effort to make connections between ocean fish and the diverse inshore habitats, from rain-flooded rivers in Washington and Oregon to tidal lagoons in Southern California. Scientific surveys to assess populations of the ocean fish pursued by commercial fishermen have mostly occurred offshore, where those fish spend their adult lives. But inshore habitats provide vital shelter to some of the same fish when they are juveniles, and are home to many prey species. And understanding those links could be key to building a better future for West Coast fisheries.

“Many fish populations have rebuilt in recent years, but there are still some that haven’t done as well as we’d hoped,” says NOAA Fisheries biologist Korie Schaeffer. “Identifying the habitats that matter most to those species and their prey, and focusing our efforts on protecting and restoring those, could accelerate recovery for those species. Habitat is an important piece of a larger puzzle.”

In the Chesapeake Bay, NOAA Fisheries ecologist Howard Townsend and ecosystem modeler Tom Ihde are using a sophisticated model called Atlantis to examine how habitats important to offshore fish will change over the next 50 years, as they experience sea level rise and other impacts of climate change. Besides flooding, alterations invisible to the human eye will unfold there, including rising temperatures and saltier water.

The changes would affect every link in the food web, from the small creatures such as the bay anchovy that are a primary food source for predatory fish, to the flounder and bluefish that spend time in estuaries and are sought by fishermen in offshore waters. The model predicts considerable declines for summer flounder, while other species that can tolerate warm water, such as blue crab, could do better.  More difficult to forecast is how the food web will change as populations relocate from habitat that is no longer suitable to them. Townsend and Ihde are beginning to model the impacts of different management measures that the regional councils might take, providing a look into the future that would help managers make better choices.

Elsewhere on the East Coast, NOAA Fisheries has funded research on forage fish such as American shad, herring, and alewife that depend on river habitat. When these fish leave the rivers, some become the preferred prey in the ocean for valuable and important predator fish, such as striped bass and Atlantic cod. Degraded river habitat has limited the numbers of these forage fish, in turn constraining the population of ocean predators; by the same token, restored river habitat would produce more forage fish and could aid populations of ocean fish still struggling to recover from overfishing and facing climate-driven changes to their habitats. 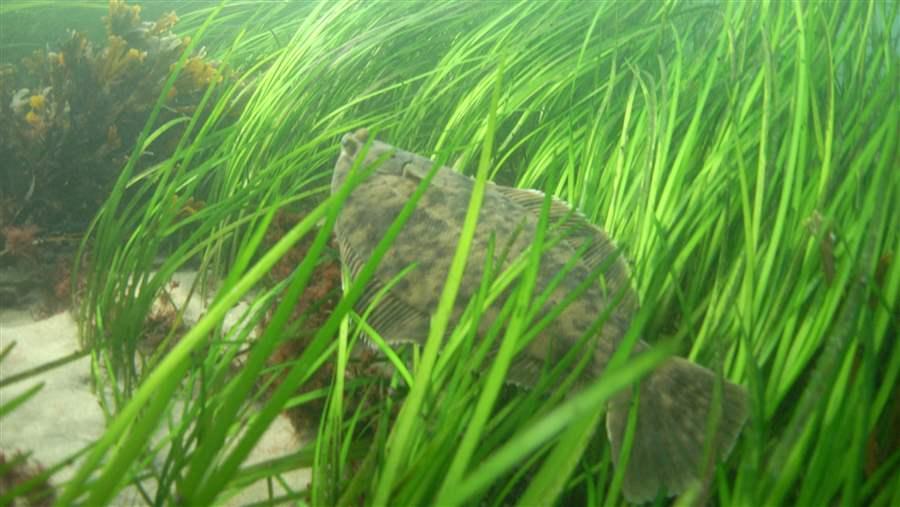 Winter flounder is one of the Atlantic coast species that depend on the eelgrass habitat in estuaries for a portion of their lives.

While this research is promising, it is not the norm across the country, and most regional fishery councils are not yet using this kind information when making decisions. To manage our ocean resources today, we need a big-picture approach to fisheries that looks beyond managing a single species in isolation. Leaders must recognize that all fish play a role in ecosystems, which are in turn undergoing change.

We also need our law to keep pace with scientific knowledge and with a changing climate. Nearly 20 years ago, Congress updated the nation’s primary marine fishing law, the Magnuson-Stevens Act, to increase habitat protections for ocean fish. The 1996 language called on managers to identify habitats essential for the reproduction, growth, and feeding of ocean fish; minimize harm to those areas from fishing damage to the extent practicable; and recommend ways to reduce the adverse effects of the federal government’s activities on fish habitat.

Unfortunately, this call for increased habitat protection has not led to adequate action in the water. But by making a few key changes that would require federal managers to protect these important habitats—combined with adopting an ecosystem-based approach to fisheries management—Congress could make major strides in how habitat is protected and conserved. These changes should include a requirement that managers protect ocean habitats from damage from fishing and that federal agencies take action to minimize the harm to fish habitat of activities the federal government authorizes, funds, or undertakes.

The act is approaching its 40th anniversary and could use an update. It’s time for a new focus in fisheries management. Learn more at www.pewtrusts.org/healthyoceans.