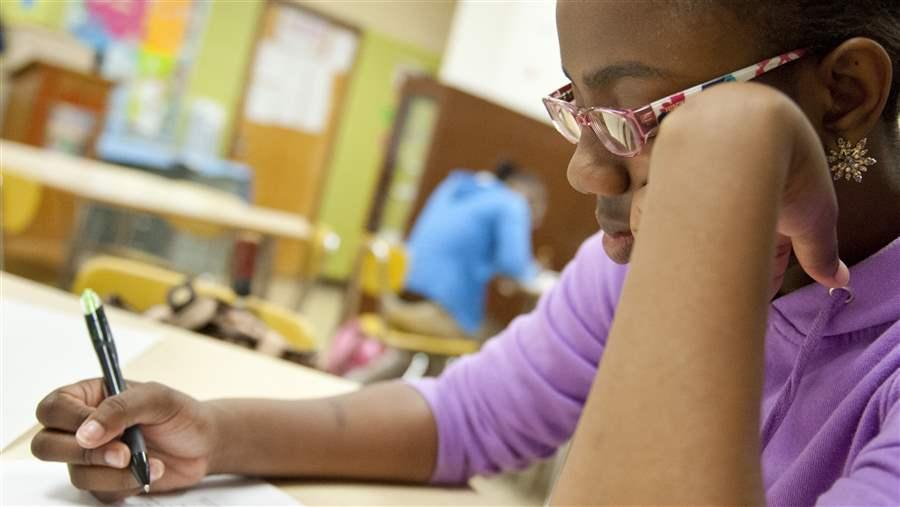 Charter school governance varies widely by from state to state.

Charter schools represent a growing segment of K-12 education in the U.S.—and how these largely independent public schools are authorized and governed varies widely from state to state.

A new Pew Charitable Trusts study of charter schools examined 16 of the most populous charter-granting states and found that:

All of the states examined in the study have at least one big-city district with substantial charter school enrollment (see chart). 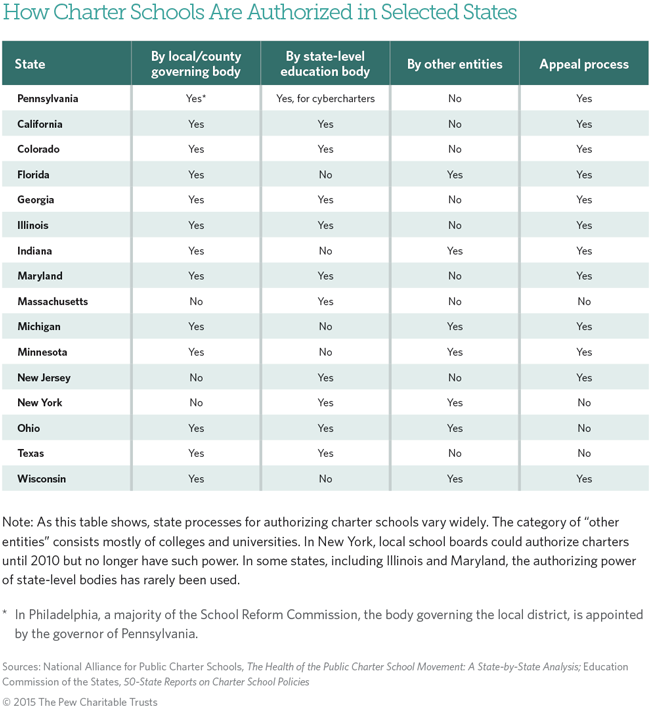 In Minnesota, where the charter school movement began in the early 1990s, schools have been authorized by 47 organizations: 17 school boards, 16 colleges and universities, and 14 nonprofit groups.

In Indiana, the parties permitted to authorize charter schools include three school boards, the state charter school board, the mayor of Indianapolis, and four universities. Ball State University has authorized far more charters in Indiana than any other entity.

New York currently allows only the state Board of Regents and the State University of New York to approve charters, although individual districts had that ability until 2010.

Nationally, 43 states and the District of Columbia permit charter schools (PDF) in some form. Only Kentucky, Montana, Nebraska, North Dakota, South Dakota, Vermont, and West Virginia do not.

Most of the states that allow charter schools allow online charters, also known as cyber or virtual charters. Among these states, Ohio has the largest percentage of its charter school students enrolled in cybers (33 percent), followed by Pennsylvania at 28 percent.

But several of the states that permit brick-and-mortar charters do not allow these virtual schools, including Maryland, Massachusetts, New Jersey, and New York.

In the years ahead, the issues facing state and municipal legislators, school administrators, parents, and education advocates include: how much funding charters should receive from public sources; which state education regulations should apply to charters; and whether there should be limits on the number of schools and students.

For more information, download the Pew study "Overseeing Charter Schools," (PDF), which has a special emphasis on charter schools in Philadelphia and Pennsylvania.