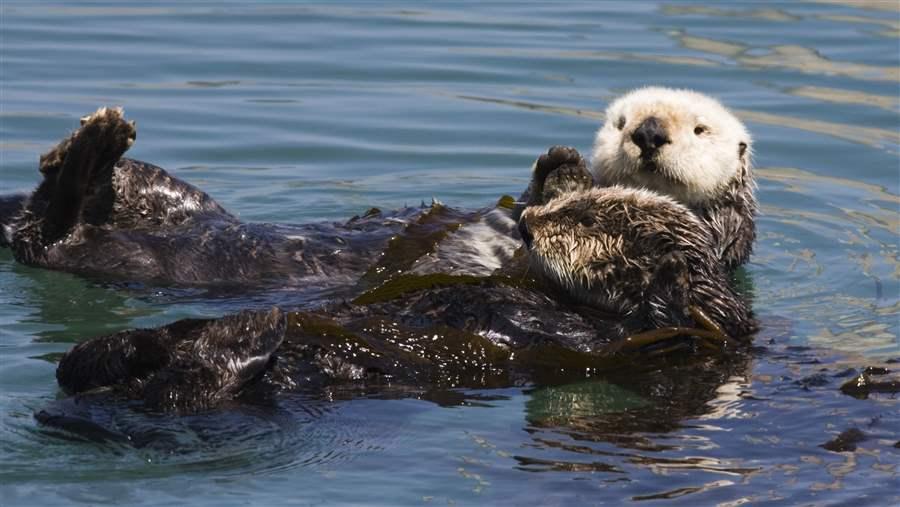 Throughout history, we’ve seen how removing one animal from an ecosystem can bring a cascading series of changes. It’s rare to observe the return of that animal and the impact that brings. A new film featuring Pew marine fellows Anne Salomon and Jim Estes, as well as fellowship adviser Bob Paine, looks at just that scenario: the revival of sea otters along the coast of British Columbia.

About a century ago, the fur trade on the western coast of North American had nearly wiped out the otter population so important to the traditions of First Nations in Canada and Alaska. In recent decades, efforts to rebuild that population have been highly successful, but the otters’ return has created a host of new problems that require creative solutions.

Both the otters and indigenous peoples depend on the shellfish, crabs, and urchins in these waters—sea life that became more abundant as the otter population shrank. For centuries before the fur trade led to overhunting, First Nations shared these resources with the otters, a keystone predator that helped maintain the health of local ecosystems.

The film, “Coastal Voices: Navigating the Return of Sea Otters,” highlights the importance of ecosystem-based fisheries management in addressing the conflicts and transformations triggered by the recovery of the otter population. The video captures the voices of prominent indigenous leaders, biologists, and others from the region as they respond to the ecological, socio‐economic, and cultural changes linked to this resurgence.

Salomon is an assistant professor at Simon Fraser University in British Columbia whose work has focused on the cascading effects of changes to predator populations on marine food webs. Her Pew fellowship project is focused on the collection, synthesis, and sharing of contemporary and historical information, traditional knowledge, and diverse perspectives of sea otters, kelp forests, and human interactions.

Estes is a professor at the University of California, Santa Cruz. He is an international expert on sea otters and a specialist in the critical role of apex predators in the marine environment.

Paine, an ecologist and former professor at the University of Washington, came up with a revolutionary concept that changed how people think about ecosystems and the interactions among species.

Their voices contribute to this look at efforts to find the right balance among the needs of First Nations communities, natural ecosystems, and a range of animal species.