In our modern age, groups ranging from government authorities, retailers or suppliers to meteorologists and farmers use technology to track people, objects, weather and produce, and more as they move from one place to another. In many cases, such as when national security or human lives are at stake, such monitoring is required. That’s why governments, working in concert with industry, track planes flying through their airspace and cargo ships transiting their waters.

Such systems are predicated on the ability to positively identify every aircraft and ship—or, for that matter, every cellphone, automobile, and other product—moving around the globe at any moment.

It is curious then, that large, oceangoing fishing vessels are not universally required to have unique identifiers and thus cannot be identified in the same way that aircraft and cargo ships can. It is time to fix this critical gap in the system, and right now we have a prime opportunity to do so. This week, the International Maritime Organization (IMO) and the Food and Agriculture Organization of the United Nations (FAO) are meeting in an effort to work together more effectively, particularly when it comes to identifying and tracking fishing vessels. 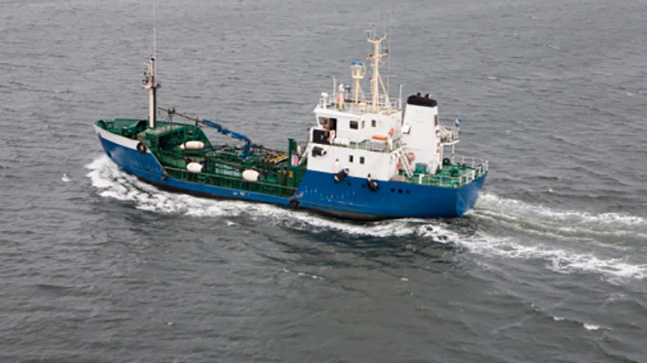 A fishing trawler at sea. Currently, oceangoing fishing vessels are not universally required to have unique identifiers.

The FAO and IMO should use this meeting to mandate that all large fishing vessels have unique identification numbers and can be tracked as they move around the globe. Such accountability is paramount in an age of rapidly evolving security challenges, increased consumer conscience, and rising pressure among all stakeholders for supply chain diligence.

A large number of big vessels

According to the FAO, the number of large-scale commercial fishing vessels—those over 100 gross tons or 24 meters—has reached 185,600 and is still growing. The first step toward tracking such a large and widespread fleet is the ability to positively identify each craft.

While some fishing vessels have a unique identification number—a seven-digit code administered by IHS Maritime on behalf of the IMO—many boats are still identified by name, call sign, and flag of registration, each of which is easy to change and, as a result, highly unlikely to remain unique to a craft throughout its life. Meanwhile, every boat in the merchant fleet must, by law, have an IMO number.

As a result, a vessel that may be suspected of illegal fishing can easily evade authorities if, for example, the ship’s crew paints a new name on the hull and pays a nominal fee to change the flag of registration. For purposes of legal liability, a fishing vessel can become a completely different ship in just a few hours.

That’s not right, and it’s why all large fishing vessels need unique, permanent identifiers that accompany them until the boats are scrapped. IMO numbers are just the tool to accomplish that.

In November 2013, the IMO changed a long-standing rule that exempted fishing vessels from the numbering scheme but stopped short of mandating IMO numbers for fishing boats. That change did, however, open the door for the regional, multinational bodies that manage fishing to require IMO numbers. Pew worked hard to advocate for such a rule, repeatedly highlighting evidence that showed the value of unique, permanent identifiers on fishing vessels.

U.S. and European Union representatives joined the effort, lobbying for the regional bodies to insist on IMO numbers on fishing vessels.

The work paid off, first with the Commission for the Conservation of Antarctic Marine Living Resources, which manages fishing in the Southern Ocean. In 2013, the commission adopted a requirement that all vessels fishing in its waters obtain an IMO number. Since then, nearly all of the major regional fishery management organizations have mandated the use of IMO numbers, with most of those measures coming into effect in January 2016.

An IMO number is more than a registration plate for a ship. The identifier can be used to demand accountability throughout a vessel’s fishing history, including at every point in the supply chain. For boats that have IMO numbers, the code is stamped onto the vessel’s engine and appears on its hull and on all of its documentation, including catch certificates and crew manifests. In the future, even nets and other fishing gear could carry the parent vessel's IMO number to hold violators accountable if, for example, they cast off equipment at sea that then damages reefs or beaches.

Mandatory IMO numbers would put the fishing industry on a par with other seafaring fleets. The FAO has already agreed that the IMO number is the best method for uniquely identifying ships in a database—the so-called global record of fishing vessels. This low-tech serial number provides the foundation for a system that can end illegal fishing.

Over this week, I will write about the other components of a comprehensive approach to dealing with illegal fishing.

In the next analysis: the myths surrounding the use of technology such as location-transmitting transponders in tracking vessels, and how those tools should be used in the fight against maritime crime.