Although canyons are perhaps the best-known feature in the Owyhee Canyonlands, this recreation and wildlife haven has much more to explore. Indeed, it is the largest intact unprotected natural expanse in the lower 48 states. 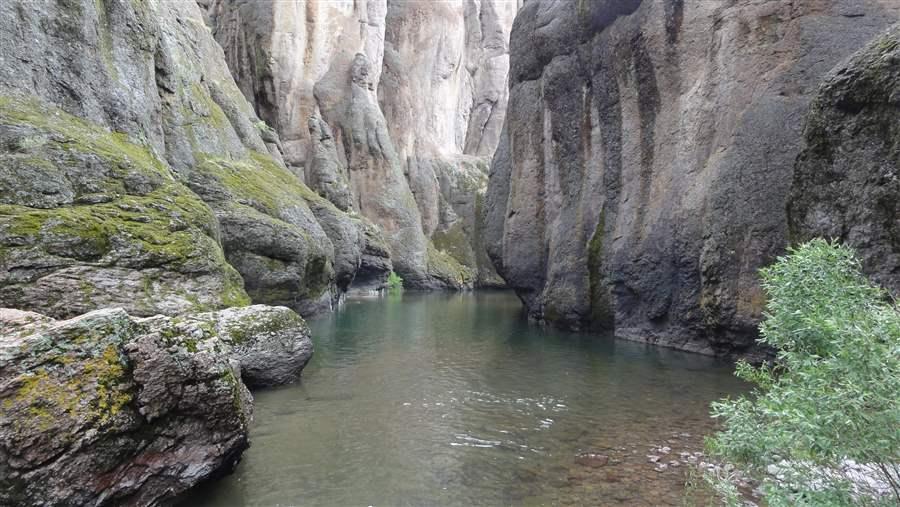 More than 200 species of wildlife make their homes in the Owyhees, including North America's largest herd of California bighorn sheep. Other animals found here include pronghorn antelope, Rocky Mountain elk, mule deer, bats, redband trout, longnose snakes, and pygmy rabbits. The region is also priority habitat for the greater sage-grouse; the Owyhees were just listed by the Bureau of Land Management among the top six sage-grouse habitats in the West. Estimates also include at least 28 plant types indigenous to the Owyhee desert.

The rugged and vast landscape is part of the Owyhee desert ecosystem, which encompasses nearly 9 million acres across Oregon, Nevada, and Idaho. Throughout this expanse, one can find sheer walled canyons, red rock spires, rolling sagebrush plateaus, and juniper-covered mountains. 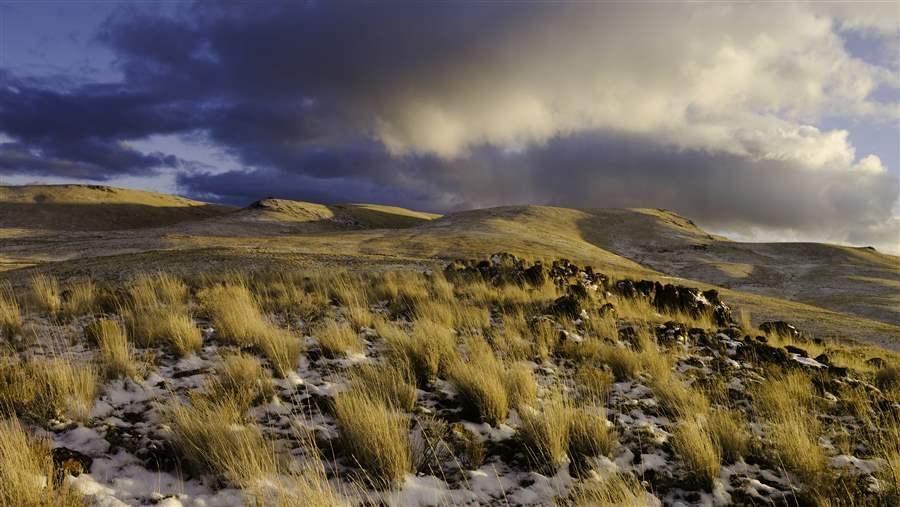 The Pew Charitable Trusts is working with a local coalition to protect 2.5 million acres of the Owyhee Canyonlands in Malheur County, Oregon. The conservation proposal would safeguard land for future generations through National Conservation Area, Wilderness, and Wild & Scenic River designations.

In addition to their natural beauty, the Owyhees have a rich history dating back at least 10,000 years, when they were inhabited by seminomadic hunters and gatherers, ancestors to the modern-day Northern Paiute, Bannock, and Shoshone tribes. More than 500 known archaeological sites are scattered across the area, many hidden in its canyons. Archaeologists have unearthed weapons and stone tools made of materials such as obsidian, agate, and jasper.

Outdoor recreationists drawn to the area include rafters and kayakers, who experience the Class II to Class V+ rapids on the pristine Owyhee River while viewing petroglyphs carved into the steep canyon walls. Hikers and backpackers explore the unique geologic formations and the vast expanses of uninterrupted terrain. Hunters who secure one of the coveted tags to hunt California bighorn sheep can enjoy a once-in-a-lifetime opportunity.

These activities sustain surrounding communities through tourism and recreation, a vital part of the regional economy, with over $9 million spent by hunters, anglers, and visitors in 2008 alone. 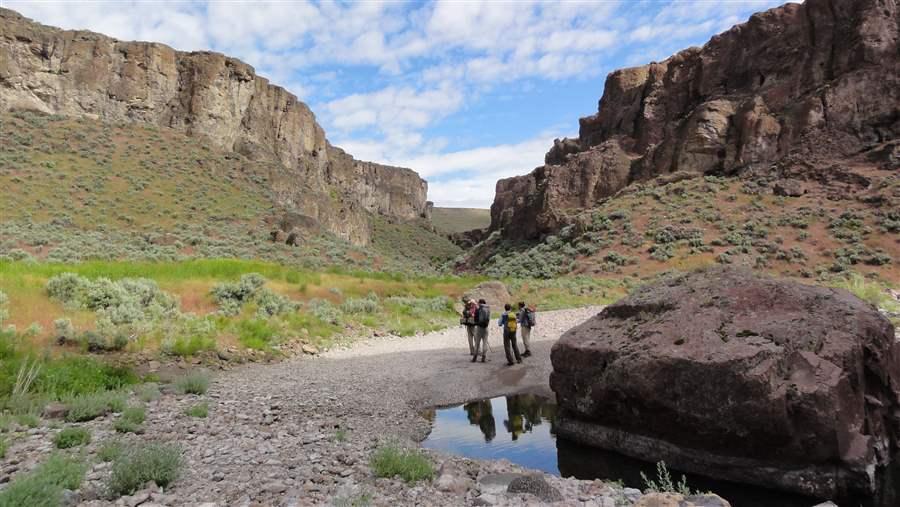 Because of the Owyhee Canyonlands’ scenic beauty, bountiful recreational opportunities, and rich history, a growing chorus of people are asking their elected officials to permanently conserve the area. Supporters include business owners, outdoor recreation enthusiasts, and conservationists.

Although the remote location has protected the Owyhees so far, the threat of mining leases is putting the area at risk. The Pew Charitable Trusts joins a list of advocates working to safeguard the Owyhees’ wild rivers, animals, and beauty for generations to come. For more information, visit wildowyhee.org.