On a blustery August day, my traveling partner and I climbed into a Cessna 180 floatplane at York Factory in northern Manitoba and sat tight as our Quebecois bush pilot lifted us expertly into the sky over Hudson Bay. We followed the shoreline around a narrow peninsula between the mouths of the Hayes and Nelson rivers in search of some of the estimated 37,000 beluga whales that summer there. The flight came at the end of a 400-kilometer canoe journey to explore how the health of the Nelson-Hayes watershed is connected to key beluga habitat.

The Nelson-Hayes is one of Manitoba’s three largest estuaries—along with the Seal and Churchill rivers—that together offer shelter to the world’s biggest summer beluga population. Pew’s Oceans North Canada project has been working for several years with industry and government partners to develop a habitat management plan that would make the whales’ use of these estuaries a priority in any planning or assessing of upstream development. 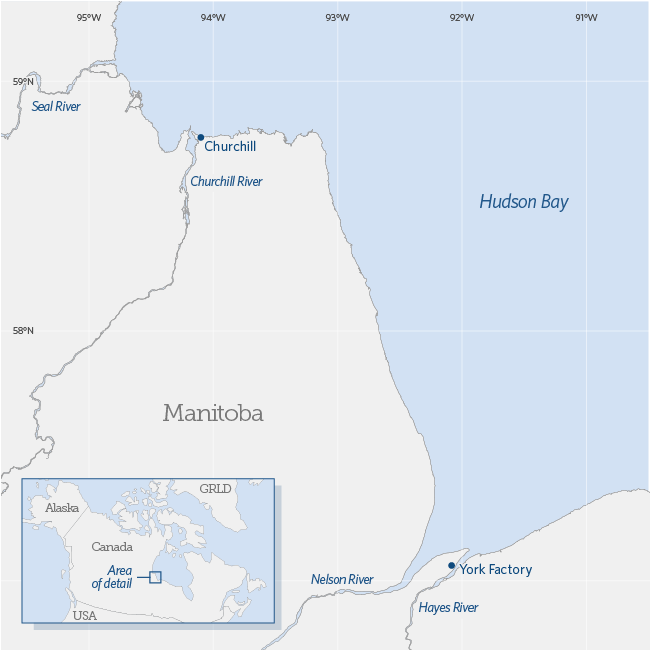 Until recently, our research focus has been on the Seal River estuary, which is located farther north and has been understudied compared with the Churchill River estuary. We’ll continue to work in those regions, but we plan to spend more time looking at critical conservation questions in the Nelson-Hayes estuary over the next few years.

Hudson Bay is experiencing some of the most dramatic reductions in sea ice in the Arctic, and what that means for the ecology of the region remains an open and evolving question. Upstream hydroelectric development on the Nelson River over the past 50 years has contributed to the melting ice. Dams store water in the spring and summer, and release it in the winter for higher flow, altering the volume and timing of the freshwater input cycle into Hudson Bay.

One reason for this trip was to get a firsthand look at the Nelson-Hayes watershed, which is why I began with the canoe trip. Along with a friend, I set out from the Cree community of Oxford House on a bright morning in mid-August and followed a route that the Cree peoples first shared with European fur traders centuries ago.  Over the next eight days, we traveled toward Hudson Bay, starting on a small, rocky river that soon gave way to bigger and more powerful waterways, marked by rapids and waterfalls, connecting vast lakes. We were never alone, accompanied by otters, moose, eagles, swans, pelicans, and—one night—the rumblings of a bear. 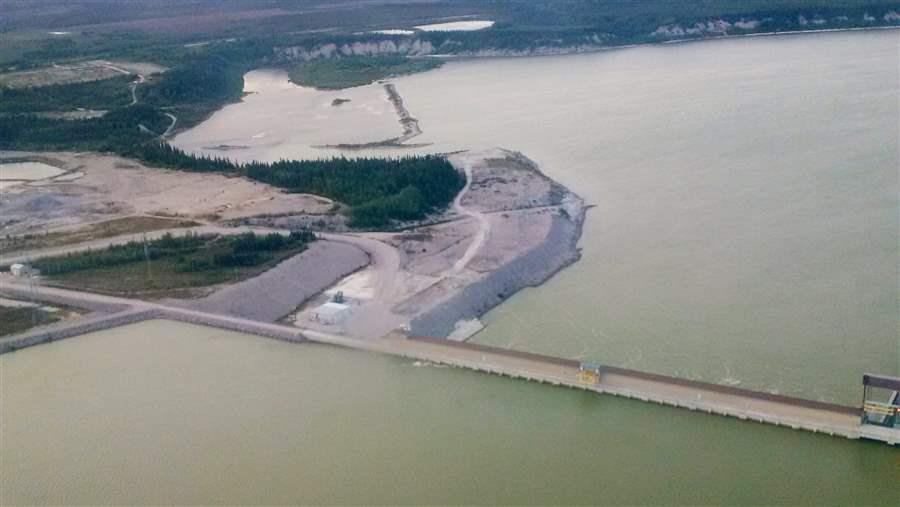 A hydroelectric dam on the Nelson River, about 64 kilometers (40 miles) upstream from its estuary.

On our last day on the river, the sight of terns, fulmars, jaegers, and a curious seal signaled that we were nearing York Factory, where a white lookout tower beckoned. The Hudson’s Bay Co. established a trading post near here in 1684, which was the most important location in its vast empire for more than a century and a half until the store finally closed in 1957.

With such a rich history, the federal government designated York Factory as a National Historic Site. During a tour, park staff told us that we were only the 41st and 42nd visitors this year to walk along the mucky beach still strewn with artifacts such as ship tackle, whiskey bottles, broken tools, copper nails, cannon balls, and bricks stamped with the names of English factories. 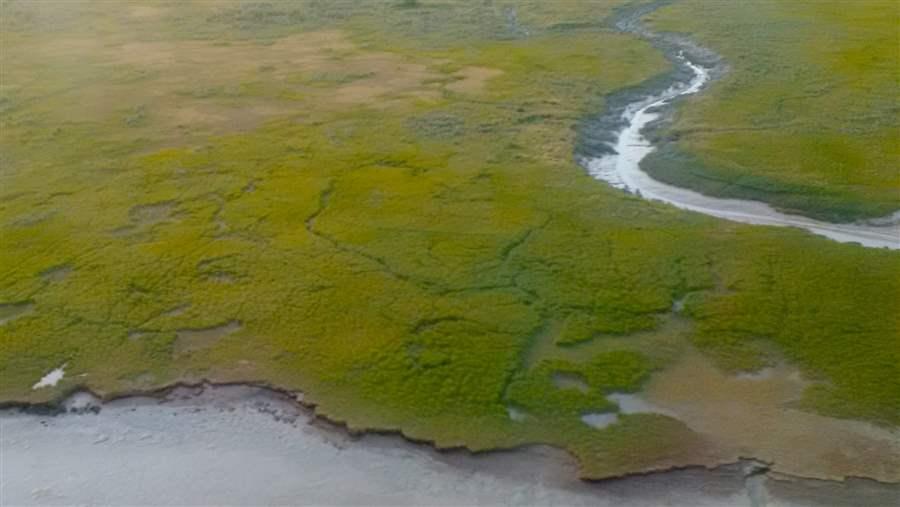 Flying over Marsh Point, near the mouth of the Nelson River, part of a region known as the Nelson-Hayes estuary because of the confluence of both rivers.

The flight from York Factory took us over Marsh Point, and soon we spotted belugas swimming far below in the Nelson estuary, cresting and disappearing like wayward whitecaps. Although I was eager to see the habitat we’re working to protect, this was primarily a scouting mission for future visits. I scanned the area for potential campsites and noted potential hazards, namely polar bears and exposure to Hudson Bay’s notoriously rough weather.

As we flew over the mighty Nelson, I pondered the relationship between this estuary and the dams upstream. How have the dams changed the habitat? What lessons can be applied to future hydro development in a time when carbon alternatives are so vital? What needs to be done to protect these estuaries and the belugas’ return each summer to feed and give birth to their calves? These are questions to explore in coming years.

Chris Debicki is a consultant and the Nunavut projects director for Oceans North Canada, a project led by The Pew Charitable Trusts in partnership with Ducks Unlimited Canada.