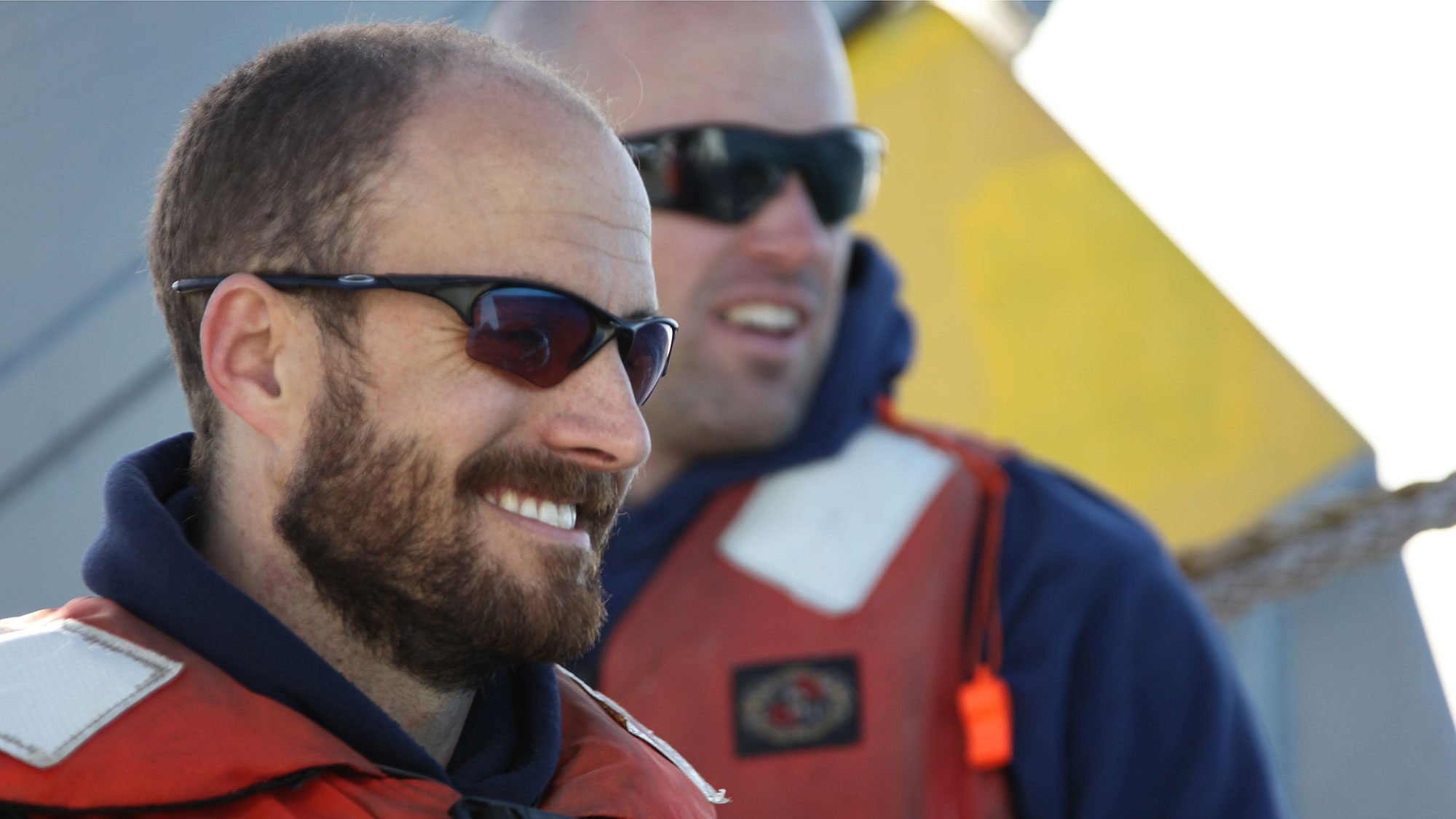 Marine biologist Andrew Thurber supports protection of deep-sea habitat off the U.S. West Coast. He describes many of the organisms found there as slow-growing, fragile, and highly vulnerable to disturbance from human activities such as trawling or mining.

Andrew Thurber remembers first being entranced by the ocean as a child. Scampering around the tide pools on family vacations to the Pacific Northwest, he was mesmerized by the fish, sea stars, and scuttling hermit crabs that gave him his first sense of the rich network of ocean life. At age 5, he knew he wanted to be a marine biologist.

Today, Thurber, a researcher at Oregon State University, has fulfilled his childhood ambition, dedicating his career to the study of life in the farthest and deepest reaches of the ocean. He has come to appreciate the biological diversity embedded in what at first glance appears to be inert mud. He has documented an amazing and fragile ecosystem, nestled within the abyssal plains beyond the continental shelf, that is vital to the functioning of our planet. The bottom of the deep sea—generally defined as those areas too far below the surface to be touched by sunlight, typically deeper than about 200 meters—operates as a massive “sink” for greenhouse gases and supports biological processes that sustain life throughout the world’s oceans.

Thurber backs efforts on the West Coast to establish precautionary conservation of deep-sea habitat in federal waters, which extend three to 200 miles offshore.

Q: How much of the deep sea has been explored?

A: Seafloor deeper than 200 meters covers 63 percent of the globe, but we’ve sampled less of it for animal life than the area of the building I’m sitting in right now. We have this incredible lack of knowledge, even though we know the processes at work in the deep sea are critical to the functioning of our planet. I used to joke that I wanted to find a species that hadn’t been discovered so that I could put a name on it. The more we look, the more we realize that most of what is down there is new, at least to humans. There are sea cucumbers down there that boggle the mind, amazing creatures that look like something out of a fantasy film.

Q: What else have you seen down there?

A: You expect to see a mass of mud and no life. But, in fact, what you see is an incredible diversity of animals, an active community that’s 4,000 meters from sunlight. These creatures are attuned to get their food from the sun very episodically.

A: Large anemones, ancient corals, sea stars, urchins, and crabs rove the plains of mud like the bison used to roam North America. One favorite of mine is a worm that breathes by pumping bright red blood through organs that look like small pine trees. All of these animals participate in a complex food web that links organic matter sinking in clumps from the surface with bacteria and animals in the sediment. Together, these activities effectively capture and hold carbon for around 1,000 years or longer —or between 10 and 15 human generations. Imagine what happens if you drag a trawl net over that.

Q: Why are you concerned about trawling deeper than 3,500 meters, since we know the deepest bottom trawls reach depths of only 2,200 meters?

A: It may seem that right now there is not much fishing in the deep sea. But we know that people are fishing ever deeper. One hundred years ago, if we had suggested protecting areas 600 meters deep, that would have been considered completely “out there.” Now it is fished. Historically, we know there is expanding interest, and these areas can become overexploited very easily.

Q: You’ve described corals as “ecosystem engineers.” What do you mean by that?

A: Ecosystem engineers are animals that alter the physical structure of the habitat, which allows other species to live in an environment that they otherwise could not. On the deep sea floor, corals and sponges create a unique habitat, but it is much more fragile than shallow coral reefs that have adapted to waves, tidal action, and phenomena like that. In the deep sea, they’re also incredibly slow-growing: The oldest animals on the planet live in the deep sea, and they’re highly vulnerable to being badly hurt and not recovering.

A: We have a lot of classic deep-sea habitat. That’s important not only for the marine life that it supports but also for the air we breathe. The growth of phytoplankton at the surface is fueled by nutrients released from the deep sea. The waters off Oregon, California, and Washington are unique in the world because we’re at the end of a global conveyer belt. The water in the north Pacific, which fuels the incredibly rich fisheries on our coast, actually starts in the North Atlantic and Antarctic. In a process that takes about 1,000 years, it slowly builds up nutrients and then arrives here. The oldest water almost on our entire planet is off our coast. There are large swaths of habitat where the animals in the water column and on the seafloor here are different from anywhere else, because they’ve adapted to water that lost a lot of oxygen by the time it arrives.