Fish populations are sensitive to changes in the environment, and few places are changing faster than the Arctic. The increased melting of sea ice affects the temperature, circulation, and chemistry of the ocean, and it can drive new efforts to access resources that had been out of reach. When fishing advances without careful planning—as it did, for instance, with West Coast groundfish in the 1970s, ’80s and ’90s—it can cause serious environmental and economic damage that lasts for decades.

But it is possible to learn from, and avoid, the mistakes of the past. In 2009, the body that governs fishing in the U.S. North Pacific, including U.S. Arctic waters, made a remarkable decision to use a precautionary approach in managing commercial fisheries in the American portion of the Arctic Ocean. The North Pacific Fishery Management Council took the unprecedented and unanimous step to block commercial fishing from expanding into an area of the ocean—about 150,000 square nautical miles, larger than California—until there is adequate knowledge for making sound decisions. 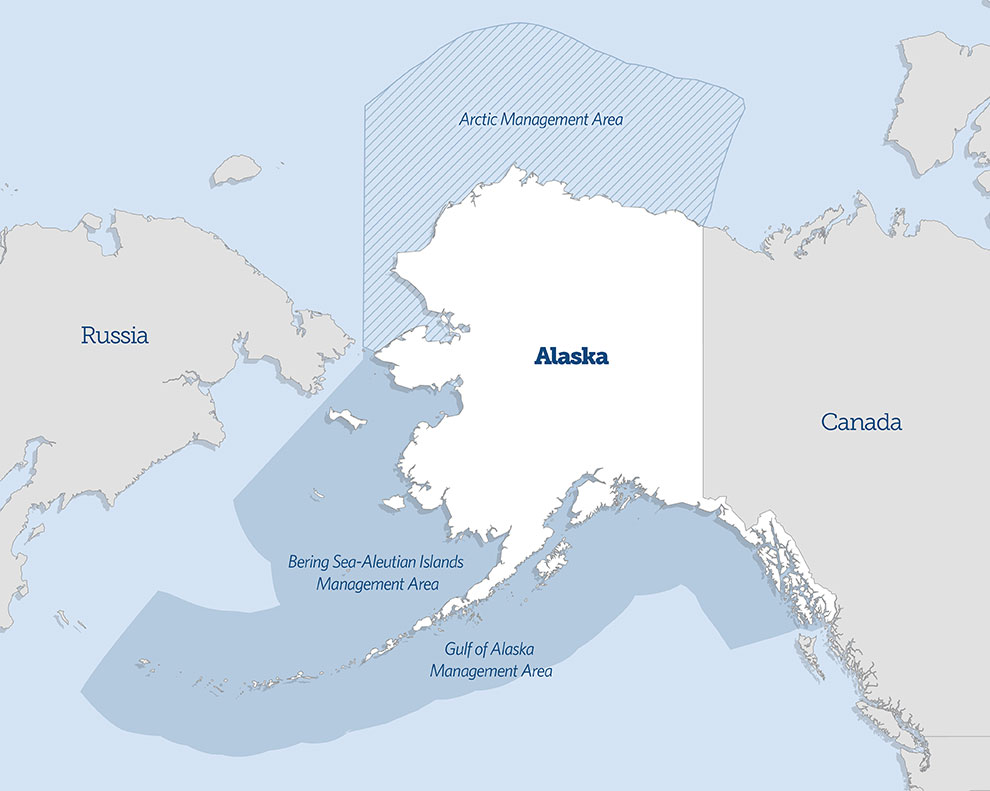 The council, which is composed of federal and state agency officials, scientists, fishermen, and others with an interest in the region’s oceans, recognized that warming water, diminishing sea ice, and shifting fish populations could create favorable conditions for the establishment of commercial fisheries in U.S. Arctic waters. Snow crab and Arctic cod, as well as northward-shifting populations of pollock and salmon, could become lucrative targets for fishermen. Yet council members also realized that an unregulated or poorly regulated fishery could substantially harm the ecosystem, including fish, marine mammals, habitat, and native communities that practice a subsistence way of life in the Arctic. At that crossroads, the council chose to close those federal waters to commercial fishing and to ensure future sustainable fishery management by establishing a review process based on sound science.

When the decision was made, it was immediately hailed as a game changer, with industry groups and conservation interests alike supporting the move. The Marine Conservation Alliance, which represents fishing companies, processors, and ports, was among them. “Climate change is having a significant effect on the Arctic, opening previously ice-covered waters and drawing cold-water species farther north," said Dave Benton, then the organization’s executive director. "The council's action to close these waters as a precautionary measure gives us the opportunity to conduct the scientific review necessary to develop a plan for how sustainable fisheries might be conducted in the Arctic in the future."

The North Pacific Fishery Management Council grounded its decision in an ecosystem-based perspective that acknowledges complex interactions among parts of the food web that could easily be disrupted without careful planning. Fishing, then, should be based on sound scientific research and analysis, and should enable the ecosystem to continue to benefit both current and future generations. With this modern view of fisheries management, the fishery council set a standard not only for other U.S. regional fishery management councils, but also for the world. The decision provided one of the best examples of how to proceed with caution and manage fishing in a way that minimizes its harm to the entire ecosystem.

The Magnuson-Stevens Act, the primary law that governs fishing in U.S. ocean waters, is approaching its 40th anniversary and could use an update. It’s time to make precautionary, science-based management the new focus for sustaining fisheries throughout the U.S. Learn more at www.pewtrusts.org/healthyoceans.