Utah’s aptly named San Rafael Swell is an enormous rock uplift rising 1,500 feet above the desert. When approached from the east, it towers over the surrounding landscape like nature’s own Great Wall. Although the massive stone cliffs at first appear impenetrable, they harbor important wildlife, plants, and places where people can hike and climb.

Flash flooding eroded the solid rock eons ago, creating an array of pinnacles, slot canyons, deep gorges, and towering cliffs. Located 200 miles southeast of Salt Lake City in Emery County and bordered by the Wasatch Plateau to the west and the remote Book Cliffs to the east, the Swell is 75 miles long and 40 miles wide­—and about 50 million years old. 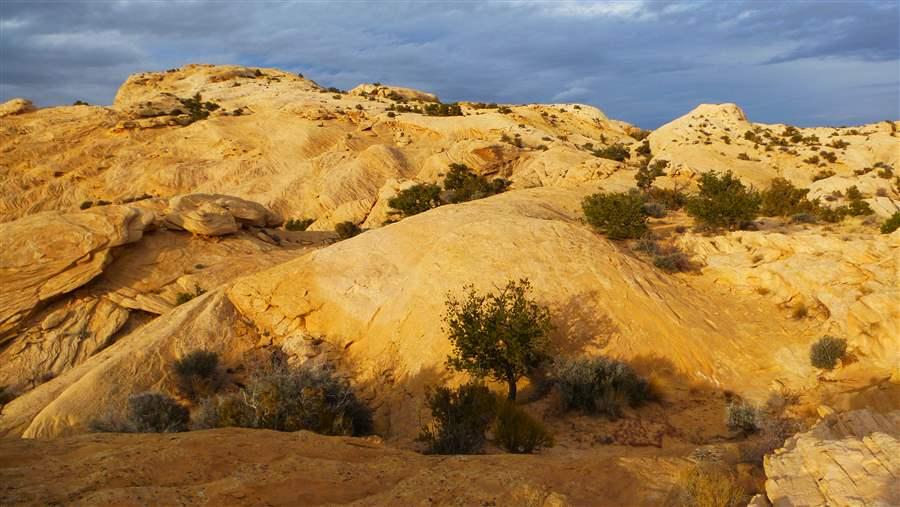 The San Rafael Swell is not as well-known as Utah’s other tourist destinations, so its outdoor recreation trails usually are not as crowded as the paths in Zion National Park or the Moab area. Canyoneers—those who use technical equipment to descend and scramble through the narrow openings—and hikers from around the world come to explore myriad slot canyons with names like Crack, Ding, and Dang, while kayaks and canoes fill the San Rafael River and Muddy Creek during spring runoff. Opportunities for solitude, recreation, and inspiration are endless: Areas such as Sids Mountain, Mexican Mountain, Wild Horse Mesa, and the Little Grand Canyon offer stunning vistas to those willing to make the journey. Mountain bikers also gather there, finding slick-rock trails, including one known as “Five Miles of Hell,” that provide some of the best riding around.

Yet the hard stone and crushed sand still provide rare habitat for animals and flowers. Diverse populations of wildlife and plants—desert bighorn sheep, pronghorn antelope, wild burros, and raptors, as well as threatened and endangered species such as San Rafael cactus—depend upon the preservation of this landscape.

Of course, the native peoples knew about the San Rafael’s wonders long before settlers arrived. Stone ruins, petroglyphs, and pictographs—such as the rock art from the Fremont, Paiute, and Ute people found at Buckhorn Draw—are abundant, as are remnants of Western cowboy culture, old ranching sites, and historic uranium mines. The landscape’s otherworldly appearance has made it a draw for Hollywood studios. 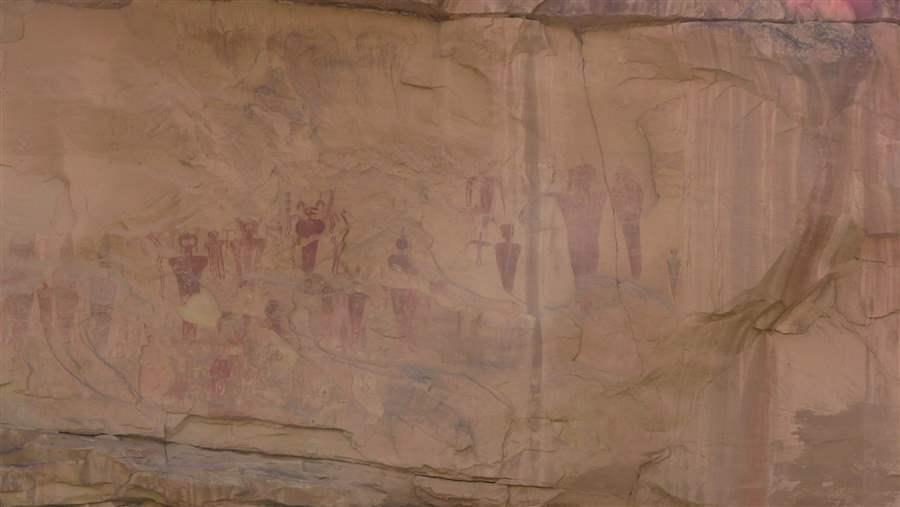 Public lands in the county are owned and managed by the U.S. Bureau of Land Management (BLM), with scattered parcels owned by Utah’s School and Institutional Trust Lands Administration. Livestock of local ranchers graze on some of the land.

During the course of a day, the changing light creates magical transformations in the already dramatic scenery. There is no magic in politics, however: just lots of hard work, and that could be what preserves the best parts of this truly spectacular landscape. The area is among those being considered for protection in a large-scale public land initiative led by Rob Bishop and Jason Chaffetz—both U.S. representatives from Utah— that will seek to balance conservation and development. 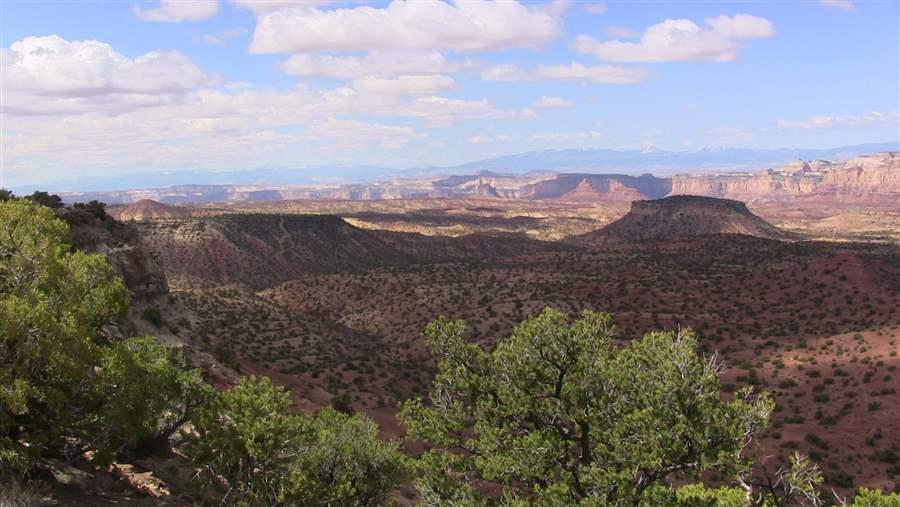