Another big player has taken an important step in the fight against illegal fishing:  Iceland has ratified the Port State Measures Agreement (PSMA), an international treaty to stop illegally caught fish from entering the market. Under the agreement, ports will deny landing and services to vessels involved in illegal, unreported, and unregulated fishing.

The PSMA, adopted by the United Nations Food and Agriculture Organization (FAO) in 2009, is a critical tool in the worldwide fight against illegal fishing, which accounts for up to $23.5 billion worth of seafood every year. Illegal fishing undermines social, environmental, and economic security around the world, especially for developing countries whose economies rely heavily on seafood. 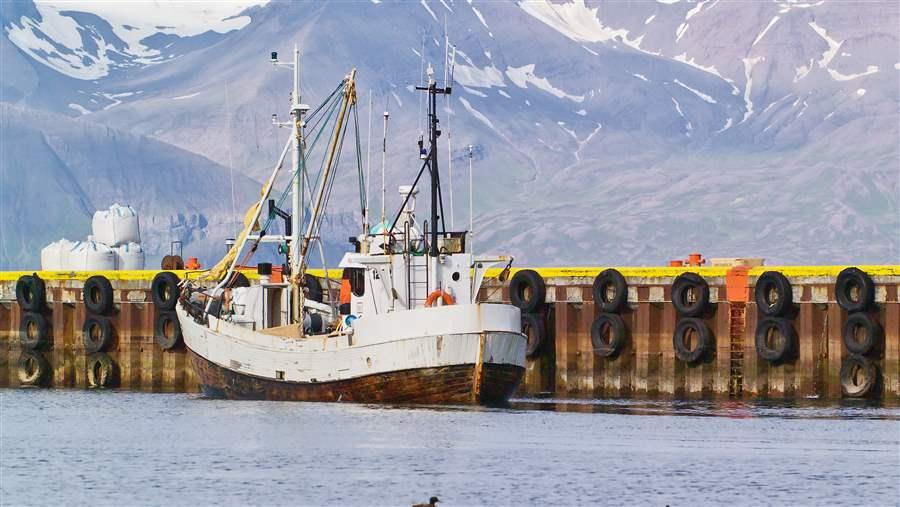 Under the PSMA, participating governments that have turned away illicit catch must alert neighboring countries that a bad actor may be “port shopping” fish taken illegally.

The treaty will enter into force once 25 governments have ratified it. In June, Iceland became the 12th to do so, and more countries are likely to follow its lead in the coming months

Fishing is a pillar of Iceland’s economy, employing roughly 6.5 percent of the country’s workforce, according to the FAO. The latest data available from Statistics Iceland show that more than 1.3 million metric tons of fish were landed at its ports in 2013. That places the small country of just over 300,000 people among the top 20 fishing nations in the world.

In a June 12 opinion piece in The Huffington Post, I wrote that although there’s no quick solution to end illegal fishing, some steps can be game changers. Among those is the PSMA, which will get stronger as more countries ratify it. The agreement is one of the most cost-effective tools that governments have at their disposal to close the net on illegal fishers.

Iceland is a leader in the global fight to end illegal fishing and in promoting sustainable fishing.  I applaud the country for helping to stop illegal fishers, who for too long have found ways to route ill-gotten catch through ports around the world. I urge more countries to ratify the PSMA without further delay.

The other governments that have ratified the pact are Chile, the European Union, Gabon, Mozambique, Myanmar, New Zealand, Norway, Oman, Republic of Seychelles, Sri Lanka, and Uruguay. I look forward to sharing a longer list.

Tony Long is director of the ending illegal fishing project for The Pew Charitable Trusts.