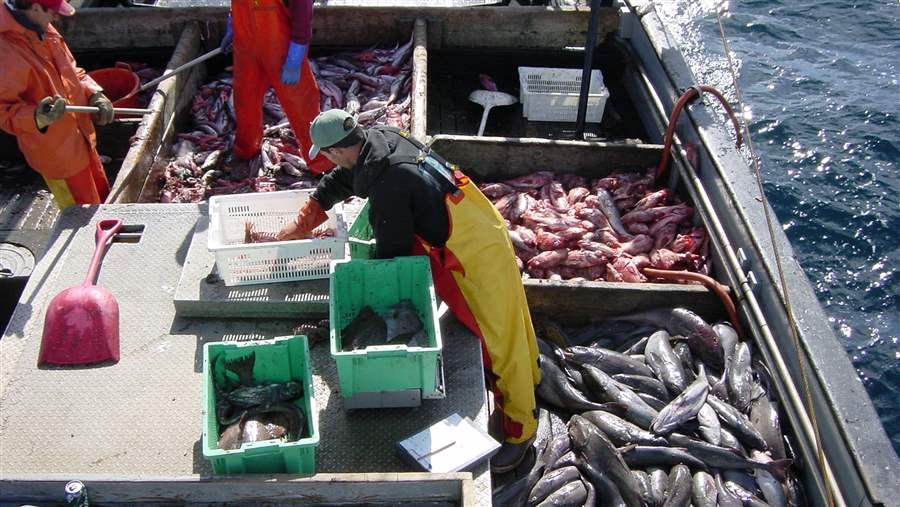 The House Committee on Natural Resources is scheduled to vote April 30 on a shortsighted fisheries bill.

H.R. 1335 is intended to update the Magnuson-Stevens Fishery Conservation and Management Act, the nearly 40-year-old law that governs management of our ocean fish, but it would undercut efforts to rebuild depleted fish populations in several significant ways.

For example, the bill would create exemptions from requirements for science-based catch limits to prevent overfishing on many fish populations that are important to healthy, productive oceans. It would hamper the rebuilding of fish populations by establishing broad loopholes and providing too many opportunities for inaction. It would create a complicated and duplicative system with less accountability for managing recreational red snapper fishing in the Gulf of Mexico.

H.R. 1335 also would water down important protections for endangered species and for rare and essential ocean habitats that support fishing efforts. It would undermine the Endangered Species Act and the National Marine Sanctuaries Act. In addition, it would weaken the application of the National Environmental Policy Act—a bedrock environmental protection law—to federally managed fisheries.

As taxpayers, we help fund scientific collection of fishery data. But H.R. 1335 would restrict the public’s access to much of that information.

What’s more, this bill fails to address the critical problems of the 21st century. Healthy oceans depend on abundant fish populations, as do the fishermen, small-business owners, and other members of coastal communities whose livelihoods are tied to fishing. That’s why policymakers and managers should establish a more comprehensive approach to fisheries management. Doing so would help tackle persistent and emerging threats such as habitat destruction, ocean acidification, and the movement of fish into new areas in search of cooler waters.

Thanks to conservation provisions added to the Magnuson-Stevens Act in 1996 and 2006, as well as years of hard work, 37 once-depleted fish populations have been restored to healthy levels since 2000. Others are on the road to recovery.

Instead of building on the achievements of the law, H.R. 1335 would threaten the health of U.S. fish stocks and those who rely on them.

Policymakers can help ensure healthy oceans for future generations by modernizing the way the United States manages our ocean fish to look at the big picture. But until the legislation embraces this comprehensive approach, they must reject bills such as H.R. 1335 that undercut conservation and roll back the gains made in preventing overfishing and rebuilding fish populations.