This story has been updated to reflect new information about recent pirate activity off the coast of Somalia.

Somali pirates once wielded enough power to force fishing vessels to flee the Horn of Africa. In 2011, the number of at-sea encounters with armed bandits peaked at 243, affecting more than 3,700 crew members. Some are still being held hostage today. But owing to increased international counter-piracy cooperation, incidents off the Somali coast have declined drastically, with only one reported in the last three years. Now that hijackings have bottomed out and waters once deemed too dangerous to travel are open again, government officials from Somalia say they are seeing a rise in fish poaching.

The Indian Ocean is Earth’s third largest, covering an area more than five times the size of the United States. And the waters that stretch from Africa to the shores of Indonesia and Australia are among the most important for tuna fishermen, producing roughly 20 percent of the world’s supply.  Representatives from 35 governments manage these resources through the Indian Ocean Tuna Commission (IOTC), which holds its annual meeting in Busan, South Korea, from April 27 to May 1. 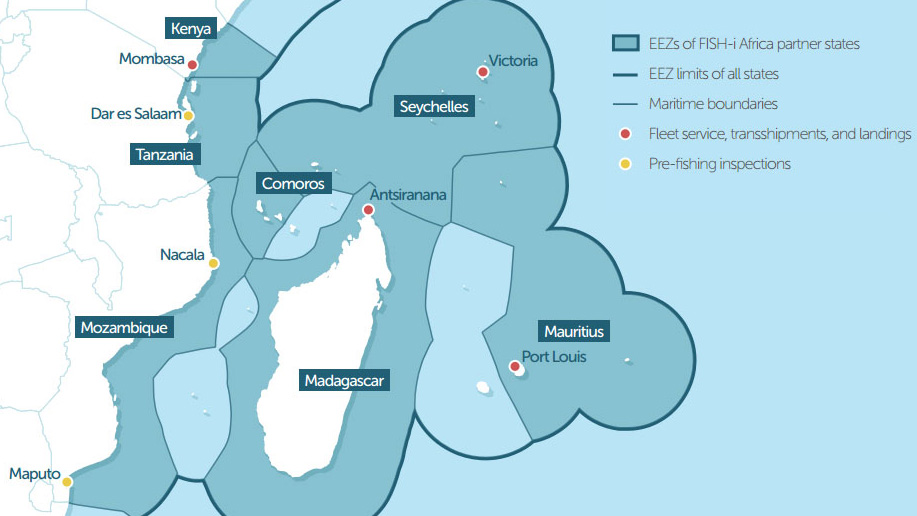 To clamp down on illegal fishing, IOTC member countries should ensure that they are setting policy based on the best available science and should make access to their compliance records as open as possible, said Tony Long, director of The Pew Charitable Trusts’ project to end illegal fishing.

“Science-based catch limits are the cornerstone of good management for tuna and vulnerable shark populations,” Long said. “IOTC member governments can greatly reduce poaching from their waters through smart implementation—and enforcement—of catch limits and other controls.” He added that, “One of the most important things that member governments can do is to increase transparency by reporting on compliance with measures meant to combat illegal fishing.”

A review of compliance records submitted in 2014 shows that at least 30 percent of IOTC members either did not submit reports or submitted incomplete reports on compliance with key measures, such as vessel monitoring system requirements and what are known as port state measures.

IOTC members agreed in 2003 that by July 2007 fishing vessels greater than 15 meters would be required to have on board a satellite-based vessel monitoring system. Although the commission’s scheme offers flexibility, some countries have yet to fully implement that minimum requirement more than seven years later.

“The ability to track fishing vessels in real time allows authorities to monitor for compliance with the rules, and the risk for those violating international agreements increases when someone is keeping watch,” Long said. “Some countries in Africa are having real success by sharing resources to monitor close to 5 million square kilometers of water. This type of collaboration should be supported and duplicated throughout the Indian Ocean.”

In a letter to IOTC members, Pew calls for more observers on board fishing vessels and urges members to support the Port State Measures Agreement, which is intended to close ports to illicitly caught fish. The international treaty was adopted in 2009 by the U.N. Food and Agriculture Organization. The letter also urges governments to ban the transfer of fish from a fishing vessel to another carrier while at sea until proper monitoring is in place to ensure transparency.