This feature has been updated to reflect the May 21, 2015, introduction of the Continental Divide Wilderness and Recreation Act.

Colorado’s Holy Cross Wilderness is a study in contradiction.  More than 25 peaks of 13,000 feet or more—including the 14,003-foot Mount of the Holy Cross, for which the area is named—dot a landscape two miles above sea level, yet countless creeks bursting with fish can be found within its boundary. Barren ridges rise over the area’s 123,000 acres, while glacial valleys with alpine lakes and flower-covered wetlands catch snowmelt each spring.  Remote backcountry serves as wildlife habitat; at the same time, the 164 miles of trail make this wilderness a popular spot for backpackers and day trippers alike.  Families and retirees trek the forest paths while expert outdoor athletes climb and even ski the 1,000-foot snow chute on the big mountain’s east face (taking care to stop before the bottom cliffs). So although the area was popularized by a 19th Century publicity stunt, it now offers unique opportunities for solitude and seclusion – and today, there is a chance to protect additional parts of this rugged land. 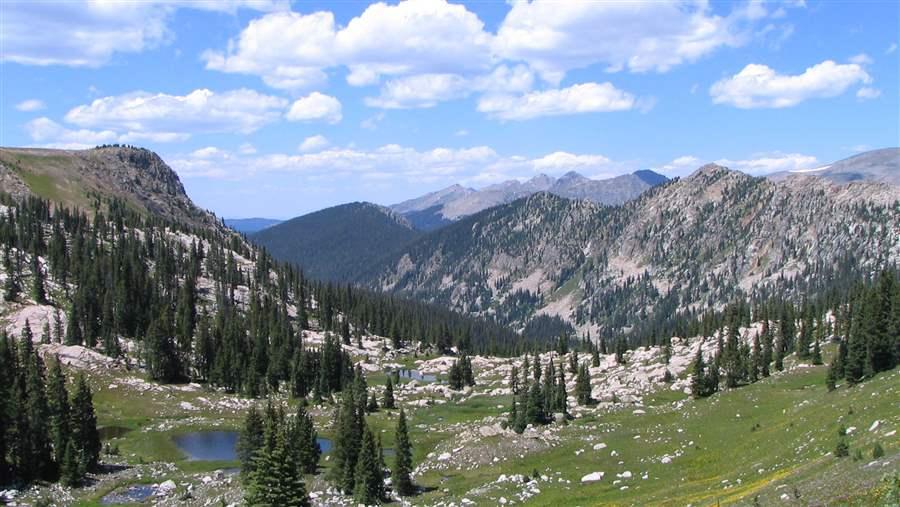 Holy Cross Wilderness Area is about a two-hour drive west of Denver in the central Colorado Rockies.

Colorado’s blazing aspen groves also can be found within Holy Cross,  as well as forests of spruce, fir, and lodgepole pine, many populated by songbirds, raptors, woodpeckers, and other winged wildlife. The area is home to black bear, elk, lynx, and bobcat, too. The highlands  harbor hollows, shaped by glaciers long ago, where today snow melt creates pools of crystal-clear water, which feed  streams that tumble from tree line into  alpine meadows and the forest below. 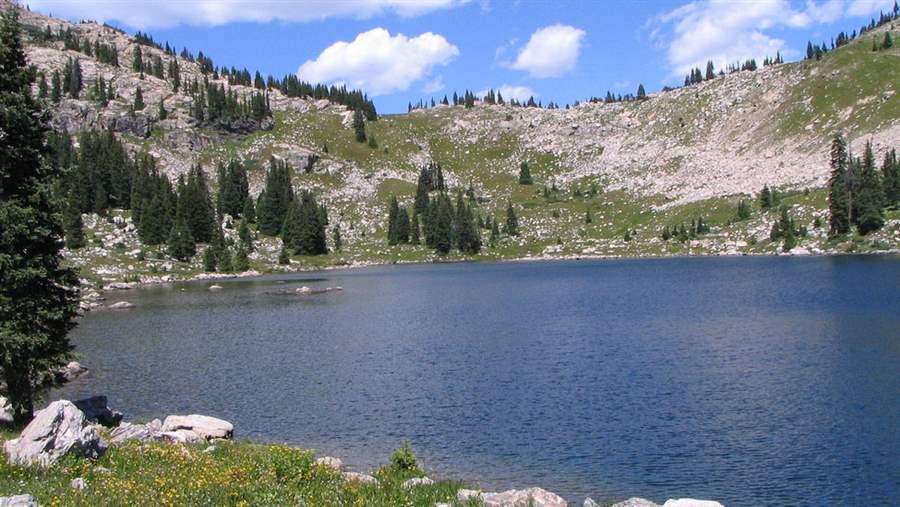 Lyle Lake in Colorado’s Holy Cross Wilderness Area. Alpine lakes are just one of the amazing features of this wilderness area.

The area achieved fame in 1873, when painter and explorer William Henry Jackson photographed snow forming the shape of a cross that appeared on the east face of what became known as the Mount of the Holy Cross.  Although intersecting couloirs of snow do appear on the mountain, Jackson exaggerated their size and grandeur using early darkroom techniques (producing results similar to today’s Photoshop methods) and made the mountain popular among religious pilgrims and tourists. 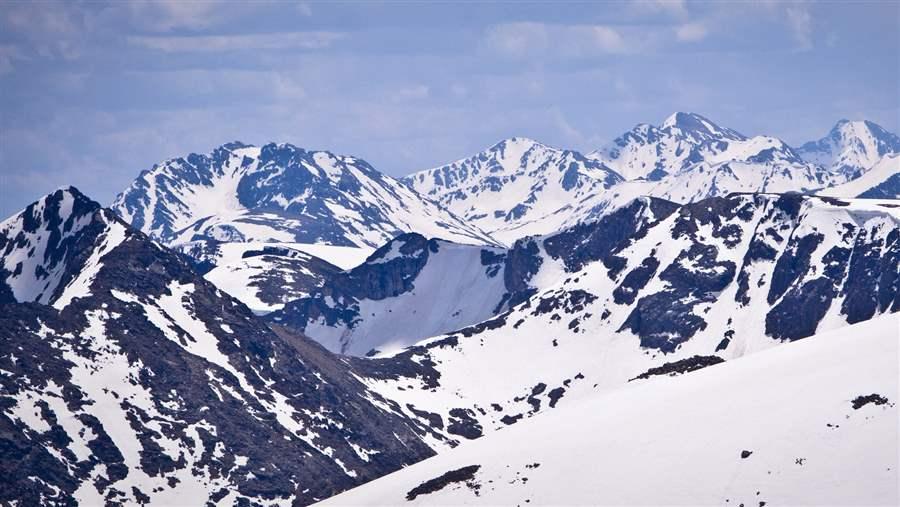 Holy Cross Wilderness Area. Snow formed in the shape of a cross on the east face of what became known as the Mount of the Holy Cross.

About a two-hour drive west of Denver in the central Colorado Rockies, Holy Cross Wilderness is located within the San Isabel and White River National Forests and encompasses the northern end of the Sawatch Range.  The area was first protected in the 1920s as a national monument but in 1980, Congress designated more than 122,000 acres of the area as wilderness, which prevents timbering cutting, mining, road building, and other development. So now, thousands of people hike, ski, climb, fish, and hunt there every year. 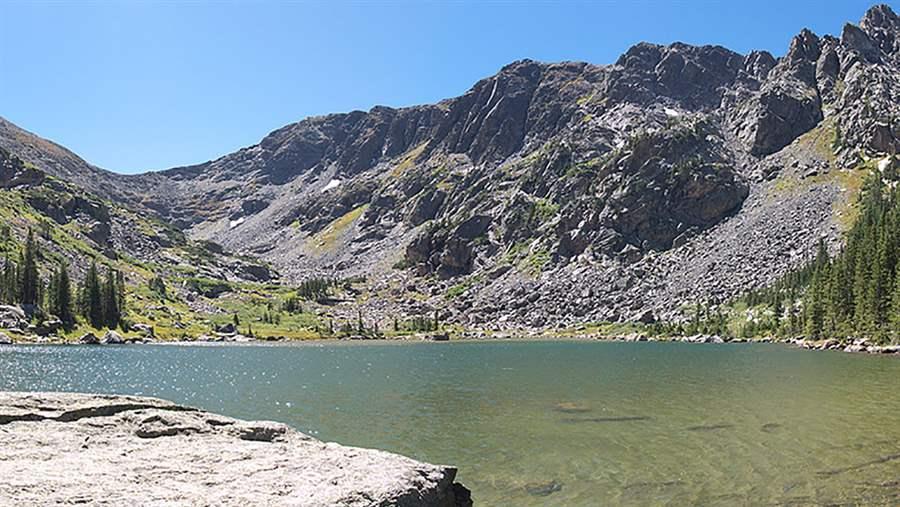 Recently, Representative Jared Polis (D-CO) introduced legislation that would protect thousands of acres of public lands in Summit and Eagle counties. The midelevation landscapes are known for their wildlife, recreational opportunities, and clean water. The legislation includes a 3,942-acre expansion of the Holy Cross Wilderness. A diverse group of stakeholders—sportsmen, recreationists, small business owners, and current and former local officials—support the proposed protections.

The Pew Charitable Trusts looks forward to working with Rep. Polis and Senators Michael Bennet (D-CO) and Cory Gardner (R-CO) in safeguarding the Holy Cross Wilderness additions during this Congress.