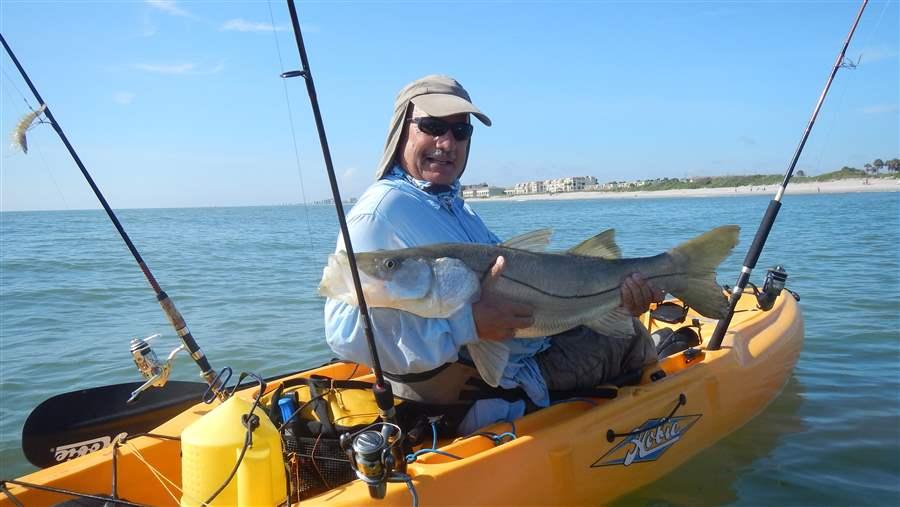 Mitch Roffer, Ph.D., shares his kayak with a big common snook that he caught off the Space Coast in East Central Florida. Snook are endemic only to Florida and southeastern Texas in the United States. This species is one of the most targeted by anglers. Adult snook feed primarily on baitfish, also known as forage fish.

You don’t have to be a fisherman to know that where there are baitfish, there are bigger fish.

But Mitchell Roffer, an adjunct professor at the Florida Institute of Technology in Melbourne, has spent decades figuring out how the two come together. He analyzes ocean circulation, temperatures, and dozens of other conditions to pinpoint where and how fish gather.

Roffer, who holds a doctorate in biological oceanography, knows better than most people the importance of baitfish to the health and abundance of the larger fish that anglers love to catch and seafood fans love to eat.

Baitfish, also known as forage fish, include species such as sardines, menhaden, mullet, and pinfish. They eat algae and zooplankton—small, drifting plants and animals—and then become nutrient-rich protein for larger species such as sailfish, mahi-mahi, sharks, kingfish, and tarpon. 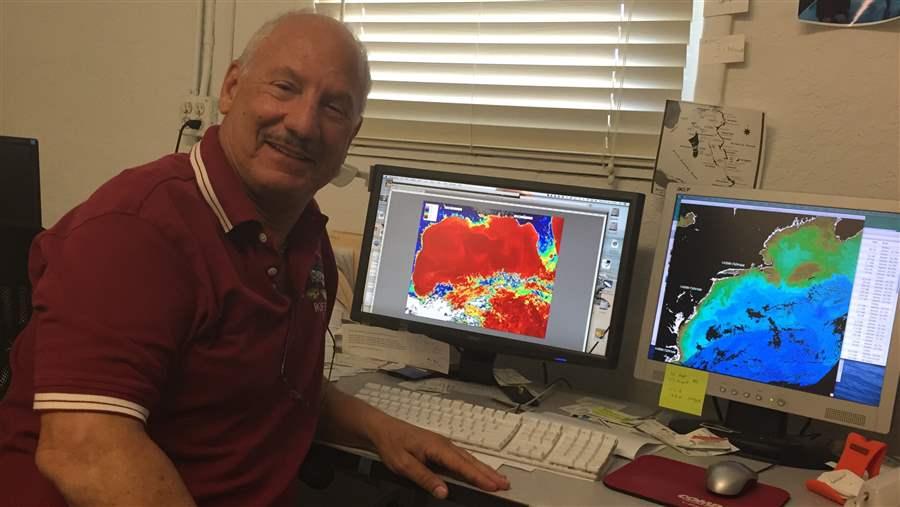 Mitch Roffer analyzes oceanographic currents to identify where fish are located. The adjunct professor at the Florida Institute of Technology in Melbourne is an expert on how changing oceanographic conditions influence the location and abundance of baitfish.

Roffer is among many scientists, fishermen, and other experts who are calling for increased protections for forage fish because of their critical role in ocean food webs. These small fish face many threats. Worldwide demand is surging: They are increasingly used as feed for fish farms and livestock and as ingredients in consumer products such as cosmetics, pet food, and fertilizers.

In Florida, where forage species account for about 20 percent of all fish caught commercially, few rules directly limit the amount that can be taken from state waters. These fish also are vulnerable to habitat loss and declining water quality. 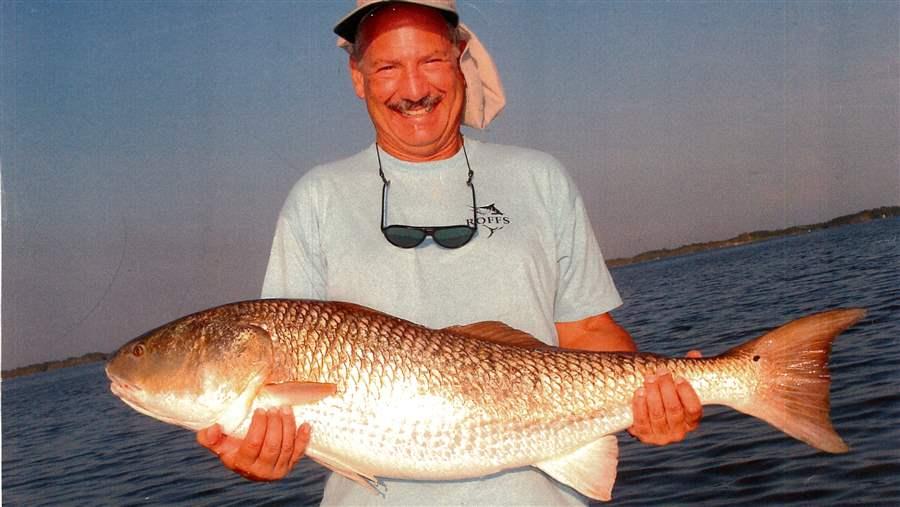 Roffer believes that Florida must protect its reputation as “the Fishing Capital of the World.” He encourages regulators to better safeguard fish habitats and eliminate pollution that flows into sea-grass beds and hurts forage species. He recommends that the state establish scientifically based limits on the amount of forage fishing that is allowed each year. And he says that before the state increases catch amounts or allows fishing on additional forage species, it should ensure that enough of these fish remain in the ecosystem to fulfill their important role as prey for larger fish.

You can visit www.FloridaForageFish.org to read an in-depth interview with Roffer, learn more about the issues, and add your voice to efforts to protect forage species by signing a pledge of support. Together we can protect Florida’s ecosystems and marine life for future generations.