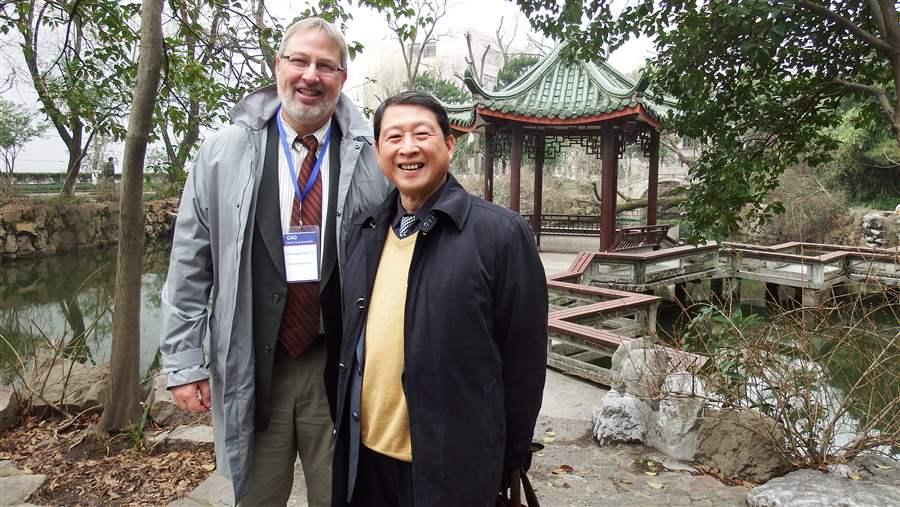 In mid-January, I attended the first conference on Arctic fisheries ever held in China, along with 50 Arctic experts from Canada, China, Iceland, Greenland, Russia, and the United States. During the two-day workshop at Tongji University in Shanghai, we discussed how increased melting of the Arctic ice cap could permit the start of unregulated commercial fishing in the international waters of the Central Arctic Ocean unless an international fisheries agreement is put in place. So why were we talking about Arctic fisheries in China?

The workshop was intended to follow up on a major milestone reached by the five Arctic coastal countries during a meeting in Nuuk, Greenland, in April 2014: Officials from Canada, Greenland/Denmark, Norway, Russia, and the United States agreed by consensus that commercial fishing should not start in this 2.8-million-square-kilometer high seas area until adequate scientific research is done and management rules are in place. Pew’s international Arctic project, which I direct, has been working toward this goal since 2011.

Those attending the Nuuk meeting also called on major non-Arctic fishing countries such as China to join discussions on how to protect the Central Arctic Ocean. Arctic countries cannot effectively address the prospect of unregulated fishing by themselves. International law allows free access to high seas areas like the Central Arctic Ocean, and market pressures may drive global fleets to fish them. China, which was recently granted observer status at the Arctic Council, could play a key role in the fate of the region.

Chinese researchers who attended the Shanghai workshop noted that their country has a huge internal demand for fish products and has recently expanded its fishing fleet to operate efficiently in distant waters. But they also described the country’s growing capacity to conduct scientific research about the Arctic Ocean, and China’s efforts to cooperate with Arctic countries on both science and conservation.

The Shanghai workshop highlighted the effects of unregulated fishing in other parts of the Arctic Ocean. The leader of Russia’s northern fishermen’s organization described how fishing fleets from other countries overfished high seas areas in the Bering and Barents seas in the absence of regulation. Both the marine environment and Russian fishermen suffered as a consequence. Canadian and Alaskan participants talked about similar problems. An Inuit expert from Greenland presented a resolution from Inuit in four Arctic countries asking to prevent the start of commercial fishing in the Central Arctic Ocean to avoid damage to ocean resources relied upon by their communities.

Scientists told us that it is impossible to say what level of fishing in the area would be sustainable because of the lack of information on fish stocks and their role in the broader Arctic food web as a source of sustenance for polar bears, seals, walruses, beluga whales, and seabirds. I contributed maps showing how accelerated melting of Arctic sea ice is making this region accessible to large factory trawlers that roam the world in search of new protein sources for fish meal and human consumption.

Chinese academics at the Shanghai conference, including participants from seven Chinese universities, noted that their government has not yet developed a policy on this emerging issue. But the interest they expressed in the international fisheries accord may mean that we will soon learn if China agrees with the cooperative approach outlined by Arctic countries.

Pew’s Arctic science director, Henry Huntington, began the workshop by summarizing the state of scientific knowledge about this remote ocean. He closed the meeting by sharing a poem he’d written that captured the meeting’s international cooperative spirit:

Ice turns to water, white blossoms fade
Can loss become new beauty?
Far from shore, cold waters are deep.
Is our resolve deeper?
The journey is long, the path uncertain.
Will harmony and study show us the way?
Talking together brings friends old and new
To the same starting place.