November through January marks the time of year when the drift gillnet fishery for swordfish comes into full swing off the coast of California.  If you happen to eat a piece of this delicious fish, you may want to know that a dolphin, whale or other marine mammal may have been killed to bring you the delicacy.  That’s because swordfish aren’t the only animals that drift gillnets capture. This indiscriminate fishing gear, submerged below the surface of the ocean for hours at a time, inadvertently entangles and kills lots of other species, including dolphins, striped marlin, and even endangered whales and sea turtles. 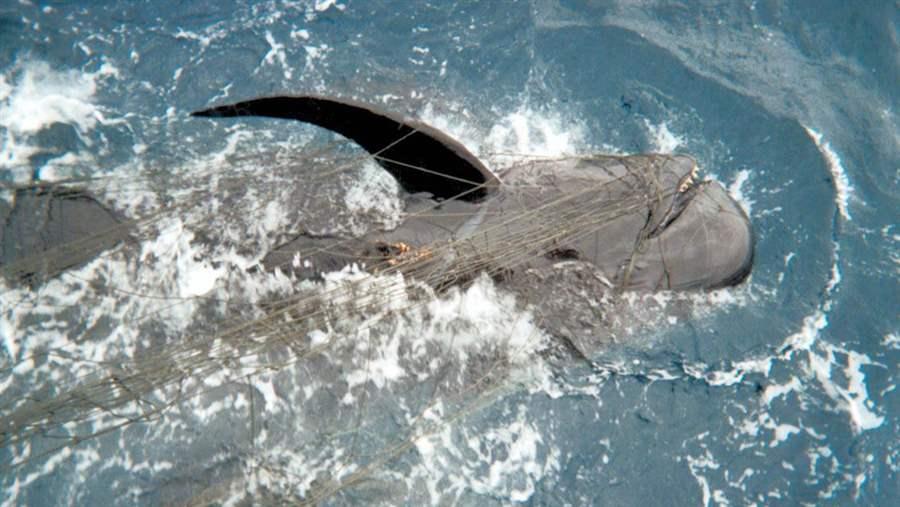 This waste is known as bycatch. In the past few months, thousands of people joined The Pew Charitable Trusts and other fishing and conservation groups in asking the Pacific Fishery Management Council to follow through on its commitment earlier in the year to shift the fishery to less-wasteful methods of fishing. And, in fact, at their meeting that ended this week, council members agreed on the need to reduce bycatch. However, they fell short of giving consumers the hope that one day they can eat swordfish knowing no marine mammal was killed.

The good news is that the council made progress in setting limits, known as hard caps, on how many nontargeted animals can be killed by drift gillnets. If the limit is reached, the fishery shuts down for the season. The council also agreed on the need for better monitoring to ensure that the limits are not exceeded.  These are good policies, and we support them.

But they should be only interim steps to a more comprehensive plan to shift the fishery away from indiscriminate drift gillnet fishing. For example, promising research with deep-set buoy gear is showing that it’s possible to catch swordfish while minimizing interaction with nontargeted species. Even better, swordfish caught by this method probably will demand a higher price from restaurants and individuals willing to pay a little more for a sustainably caught dinner.

Between now and March, when the Pacific Fishery Management Council visits the issue again, it's important to let council members and the National Oceanic and Atmospheric Administration’s Fisheries Service know that you expect them to do the right thing and adopt the more permanent solution of moving the fishery away from drift gillnets.

We can eat swordfish and protect marine mammals, too.  It’s the right way to manage this fishery