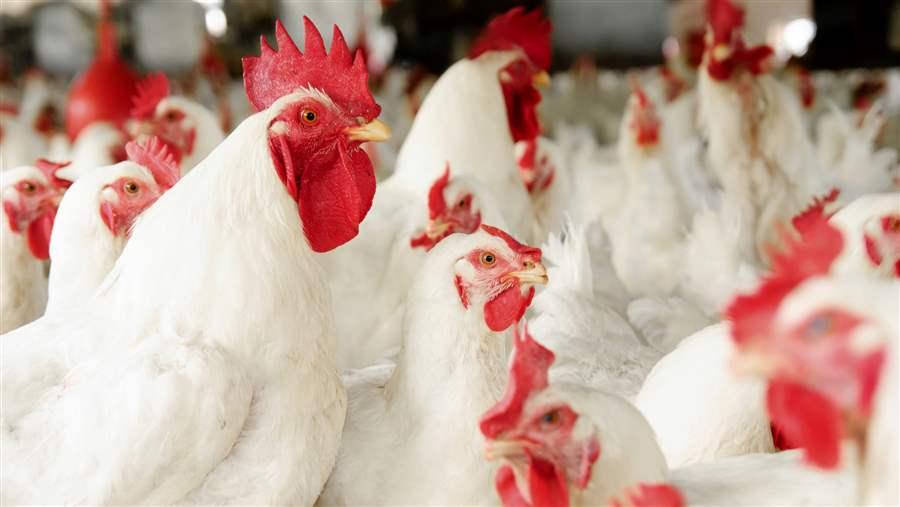 Perdue Farms Inc. announced Sept. 3 that it would no longer use antibiotics in its hatcheries, the latest step in its 12-year-long effort to curb the overuse of antibiotics on its farms. The company reported that it had already stopped feeding the drugs to animals to make them grow faster, and it now uses them only to treat or control disease.

The overuse of antibiotics in livestock production contributes to the emergence and spread of antibiotic-resistant bacteria that infect people, leading to serious illnesses that can be difficult to treat. According to the Centers for Disease Control and Prevention, two common foodborne bacteria—Campylobacter and Salmonella—are responsible for 410,000 antibiotic-resistant infections each year.

In 2005, The Pew Charitable Trusts established the Pew Commission on Industrial Farm Animal Production to study the issue. In a 2008 report, the commission identified antibiotic overuse on industrial farms as a serious threat to public health and recommended specific policy changes that would limit these practices. Pew has been advocating for many of these policies since then, and we have worked with producers and large institutional buyers to increase supply and demand for meat and poultry raised without the misuse of antibiotics.