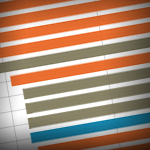 Employment rates for 25- to 54-year-olds were lower in 29 states in fiscal year 2014 than in 2007, before the Great Recession. This decline means less revenue for state governments from personal and business income taxes and sales tax—and often increased strain on assistance programs.

The latest rates show a slight improvement from fiscal 2013, when 75.9 percent of people in their prime working years had a job nationally. At that time, employment rates were below prerecession levels in 35 states.

Still, at 3.7 percentage points lower than before the recession, the employment to population ratio for prime-age workers shows that the U.S. labor market remains weak. This finding has significant budgetary consequences for states:

A state-by-state comparison of calendar year 2007 with fiscal 2014 shows:

Although unemployment figures receive more media attention, the employment rate is a preferred index for many economists because it provides a sharper picture of changes in the labor market. The unemployment rate, for example, fails to count workers who stopped looking for a job. By focusing on 25- to 54-year-olds, trends are less distorted by demographic effects such as older and younger workers’ choices regarding retirement or full-time education.