The U.S. Postal Service offered savings accounts from 1911 to 1967; today it provides more domestic paper money orders than any other source. In a 2014 report, the Postal Service’s Office of Inspector General proposed that the USPS offer expanded financial services—including bill payments, prepaid cards, and small-dollar loans—targeted at consumers without access to affordable, mainstream financial products.

On July 16, Pew hosted a one-day conference to explore diverse perspectives on whether the Postal Service should offer financial services. Here are five takeaways from the event, plus video highlights of Representative Darrell Issa (CA) and Senator Elizabeth Warren (MA) discussing the proposal.

5 little-known facts behind the debate

1. Banks are inaccessible to many.

Over 3.5 million Americans live more than 10 miles from the nearest bank branch. 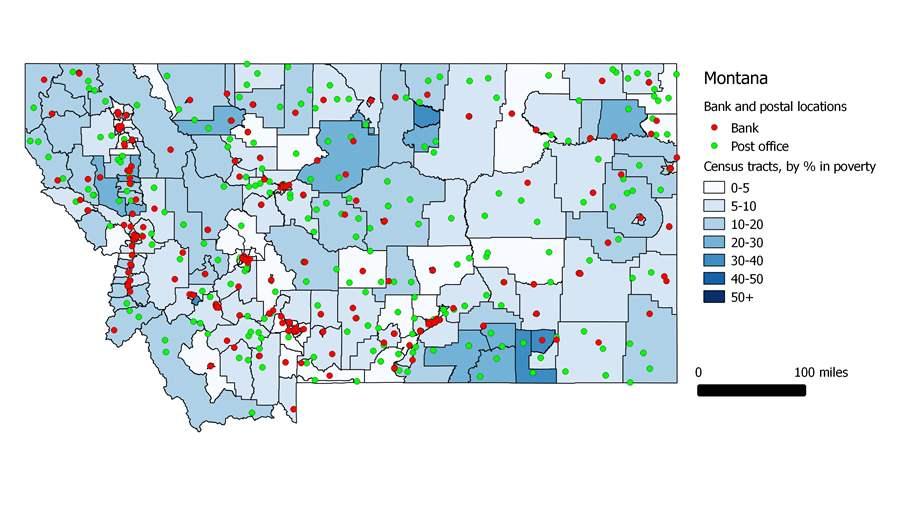 Source: The Pew Charitable Trusts, "The Geography of Banks and Post Offices" (2014)

Most Americans say it doesn’t matter to them whether the post office offers alternative financial services, but a large majority of people who use these products say they would be likely to use lower-cost alternatives from the post office. 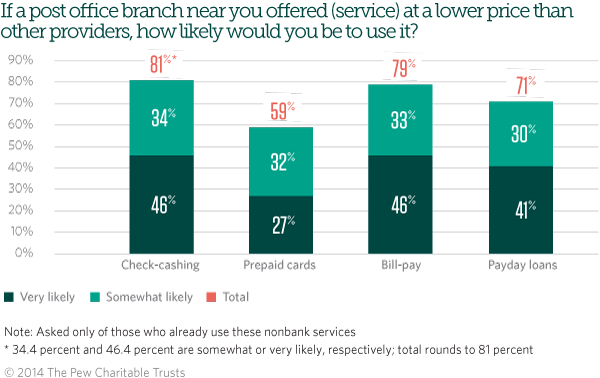 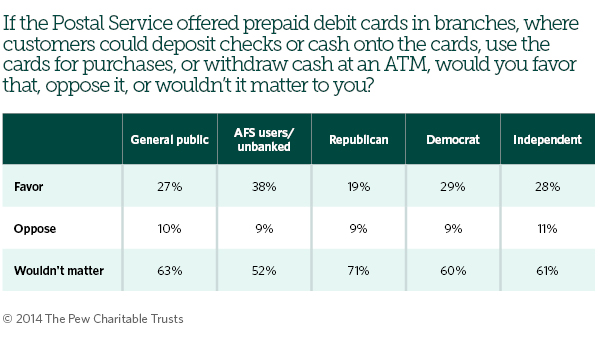 3. Postal banking is common around the world. 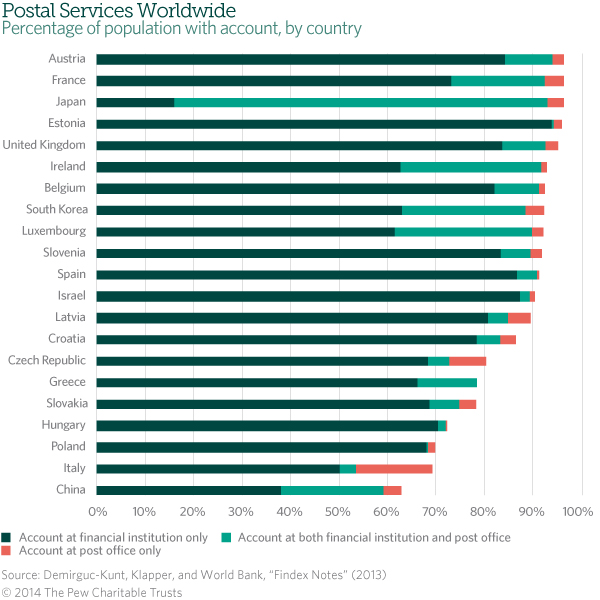 Watch: Lessons for the U.S. From Other Countries

4. The U.S. Postal Savings System was not as successful as programs in other countries.

At its peak in 1947, the Postal Savings System had nearly $3.4 billion in savings deposits from more than 4 million customers. However, it was offered by merely 7,000 to 8,000 postal branches and was prohibited by law from offering an interest rate above 2 percent.

Worldwide, letter delivery has dropped nearly 20 percent over the past 10 years, a trend that is accelerating. Over the same period, postal financial services grew 28 percent.

Video highlights of the Pew conference

Representative Darrell Issa on financial services at the post office

Rep. Issa (CA) shares his concerns about the Postal Service offering financial services. “If our goal is to have banking services for the underserved that is subsidized, then, in fact, we can do it better. We can do it targeted. We can do it in the areas that are determined on a flexible basis to be in need,” he said.

Senator Elizabeth Warren on financial services at the post office

Sen. Warren (MA) shares her support for allowing USPS to offer financial services. “There’s nothing extraordinary about this business model. This is just an opportunity for the post office to use its space and to use its employees more efficiently to bring needed services to more Americans,” she said.

View the event page to see full-streamed video of the conference.