A recent study illustrates what has happened to New England’s once plentiful Atlantic cod population, and the findings highlight the big role that little fish play in our marine ecosystems and economy.

It’s no secret that New England’s cod are in trouble. Overfishing has so severely depleted the population that federal officials declared a fishery disaster and Congress appropriated more than $30 million in aid. But even as the bottom fell out of cod stocks, many fishermen insisted the fish were still plentiful in their nets and disputed the science supporting tighter catch limits. 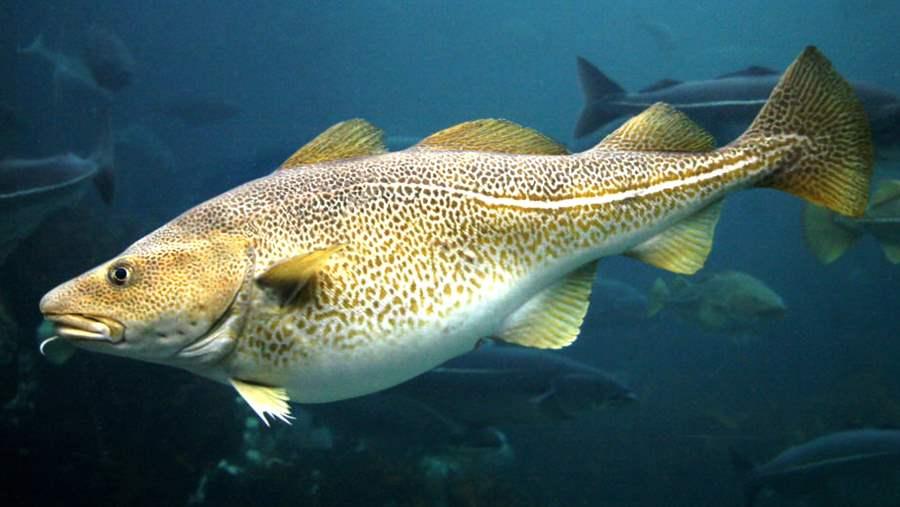 Why did fishermen see a bounty while scientists in fact called it a bust? Researchers at the National Oceanic and Atmospheric Administration’s Northeast Fisheries Science Center say a change in the forage fish, or small prey species, the cod were eating offers an explanation.

In the May 17, 2014, article published in the Canadian Journal of Fisheries and Aquatic Science, the authors say that around 2006 the dominant prey for cod switched from Atlantic herring to sand lance—small, eel-like fish that burrow in the sediment of the seafloor. Sand lance were abundant in an area known as Stellwagen Bank, and so cod, too, congregated there. Soon, cod fishermen focused so much effort on the bank that some 45 percent of the cod caught in a year came from just a 100-square-mile area in the region.

But scientific surveys assessing the cod population over more than 20,000 square miles in the Gulf of Maine continued to show that the larger population was seriously depleted. Clearly, the abundance in one small region did not accurately reflect the overall status of cod. The authors say they hope the findings can “help fishery managers, scientists, and the industry understand and resolve apparent conflicts between assessment results and the experiences of the fishing industry.”

While this study helps to explain the recent past, it also holds important lessons for the future of fishing. The switch in cod diet from herring to sand lance held major implications for one of the region’s most economically important fish. Over the years, through intensive fishing for prey species such as Atlantic herring and menhaden, plus the depletion of other historically important prey such as river herring and shad, the “menu” of forage fish available to cod and other predators has changed. We need a management system that better monitors and responds to the ways prey and predators interact.

Such a system is available, and it’s called ecosystem-based fisheries management. Scientists have long known that simply measuring and managing one fish species at a time is insufficient. So they’ve put decades of work into developing the ecosystem-based approach to provide a much more accurate and useful picture of what’s occurring in the water.

A good ecosystem-based fisheries management program would take the needs of predator species into account and allow managers to restore the abundance of prey, causing a resurgence of fish stocks and, ultimately, providing greater opportunity for the fishermen who depend on them.