Pacific bluefin tuna are in trouble. After decades of overfishing, the population hovers at just 4 percent of its original size, and the unsustainably high catch of juveniles—the smallest fish—threatens the species’ continued existence.

These bluefin are important to the ocean ecosystem, and they support fishing industries on both sides of the Pacific Ocean. To allow the Pacific bluefin population to recover, fishing nations must take immediate and comprehensive action, including the establishment and implementation of catch limits based on the best available science and a minimum size limit to protect juvenile fish.

Off of Mexico, large purse seine vessels with massive nets catch schools of juvenile bluefin that are then taken to ranches along the coast, where they are fattened for months until fish and market conditions are ideal for sale.

In the western Pacific, fishermen target fish at every life stage—from as small as 1 kilogram (2.2 pounds) to full maturity. Pacific bluefin, which regularly sell for thousands of dollars per fish, can sometimes go for much more. As part of the traditional first auction of the year, a 230-kilogram (507-pound) Pacific bluefin tuna recently sold in Tokyo for about $70,000 (7.36 million yen). In the past, prices have reached $1.76 million (155.4 million yen) for a single bluefin. 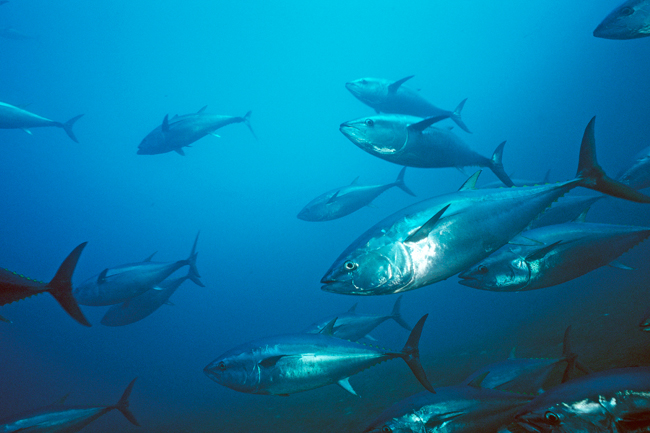 The international bodies that oversee much of this fishing need to act. Fishing vessels flagged to countries that are members of the Western and Central Pacific Fisheries Commission and the Inter-American Tropical Tuna Commission have overfished Pacific bluefin for decades. At the same time, these regional fisheries management organizations have failed to institute effective protections, despite having access to the most comprehensive scientific data and advice. As a result, the population has dropped 96 percent from its unfished size, according to the International Scientific Committee for Tuna and Tuna-like Species in the North Pacific Ocean. It is up to the countries that are members of these regional fisheries management organizations to make decisions that secure the future sustainability of this species.

As few as 40,000 adult Pacific bluefin tuna remain, according to data in a recent study. Fisheries data indicate that one adult cohort, which includes most of the spawning fish remaining in the population, will soon stop producing offspring because it is reaching the end of its natural life span. This means that no juvenile fish will enter the population.

Making conditions worse, more than 90 percent of the Pacific bluefin catch is juveniles, removed from the water before they can reproduce and contribute to future generations. 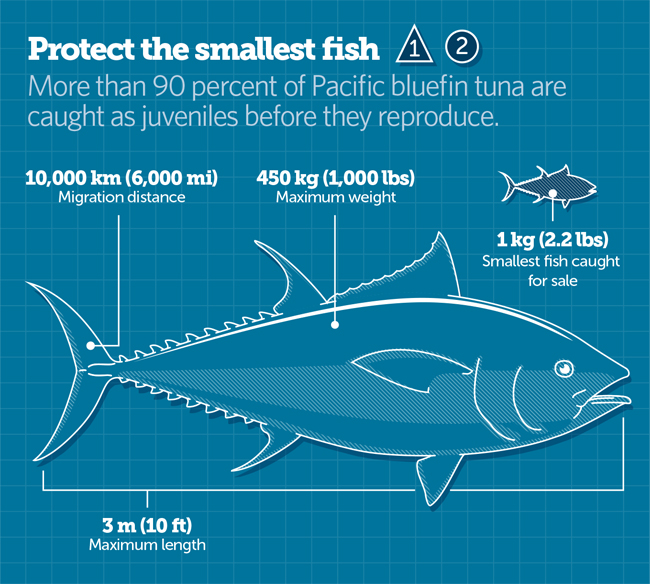 Scientists predict that protecting young bluefin and giving them a chance to spawn will show immediate benefits for the stock. A recent study found that a minimum size limit of 20 kilograms (44 pounds) would help protect Pacific bluefin 2 years old and younger, leading to substantial increases in the population in as few as three years. With a 20-kilogram minimum size limit, the spawning biomass—the amount of mature fish left in the ocean with the ability to reproduce—is predicted to increase by nearly 400 percent within five years. 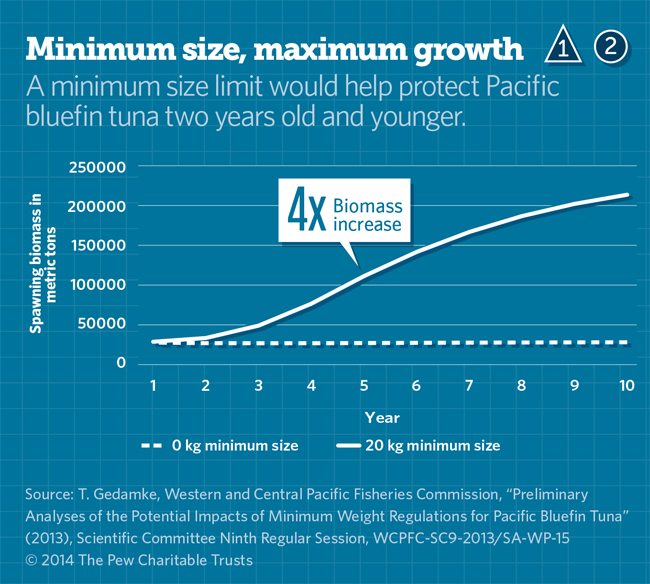 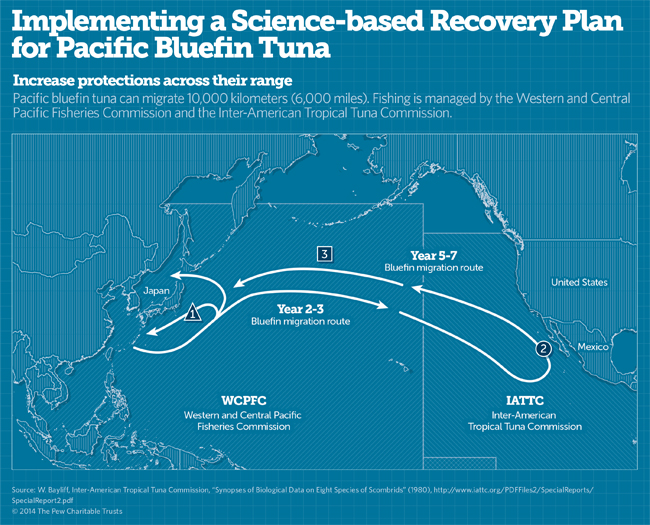