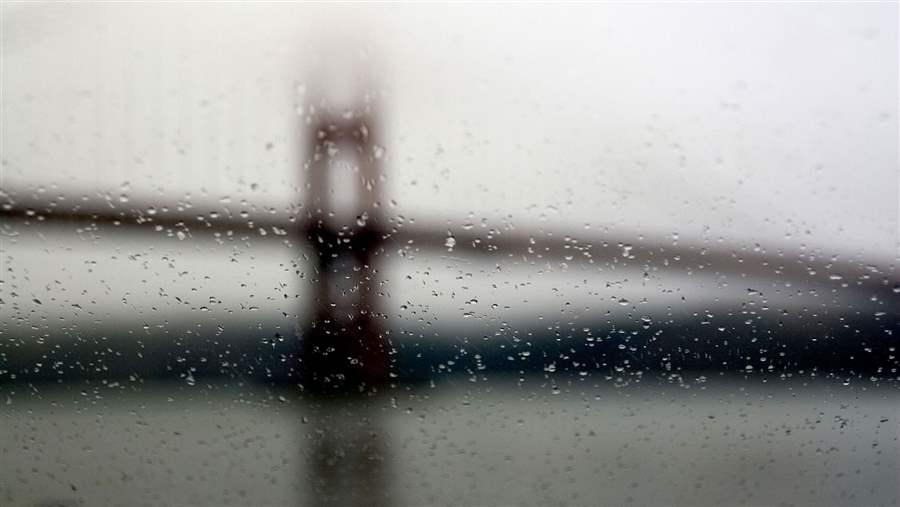 In November 2014, California voters will decide on a bipartisan measure that would set aside reserve funds to smooth out the boom-and-bust cycles in state budgeting. The ballot initiative—Assembly Constitutional Amendment 1 (Special Extraordinary Session), also known as ACA X2-1—would substantially redesign California’s rainy day fund, which was created in 2004 by Proposition 58. The amendment would increase the amount the state can save, revise the rules for how and when money is set aside, and establish new guidelines for suspending deposits and withdrawing funds in difficult budget years. Some of these changes reflect best practices identified by Pew’s research on budget stabilization policies.

But even if voters approve the amendment, California would still have room to improve its handling of budget unpredictability.

For example, the amendment would not require regular assessments of revenue volatility or ensure sufficient flexibility to allow future changes in fund policy, both of which may present challenges for the state over the long term. By learning from practices put in place by other states, including those outlined in The Pew Charitable Trusts’ report “Managing Uncertainty,” California can address these issues and further strengthen its savings to better manage volatility and plan for the future.

As California considers substantial changes to its rainy day fund, policymakers elsewhere may seek to adopt similar rules in their own states. This brief examines elements of the proposed amendment in the context of Pew’s research on understanding volatility, establishing fund size, and designing deposit rules to create effective, reliable rainy day funds.

This analysis—and Pew’s ongoing work on this topic—can help policymakers in California and elsewhere better understand how to design responsive savings policies that manage volatility over the course of the business cycle.

Consistently setting aside a share of the most volatile revenue

Targeting volatile revenue streams to build reserves provides states with a mechanism to set aside unexpected windfalls as savings and to avoid committing to recurring spending based upon one-time spikes in tax collections. Fluctuations in capital gains revenue drive much of the overall volatility in California’s personal income tax collections.1 The proposed amendment would capture a share of growth in this unpredictable tax stream, setting money aside in the rainy day fund whenever the collections exceed 8 percent of general fund revenue.2 In addition, the state would allocate 1.5 percent of its general fund revenue each year to this revamped rainy day fund. Executive branch estimates project that these combined policies would transfer more than $3 billion to the rainy day fund in the first three years.3

If voters approve this proposal, California would steadily build its reserves while capturing any unusual revenue growth to use in difficult years to come, a strong policy approach for building rainy day funds used in states such as Massachusetts, Texas, and Louisiana.

For example, since Massachusetts began transferring unexpected growth in its capital gains tax collections to its rainy day fund in 2010, the state has rebuilt reserves depleted during the Great Recession—while isolating from the budget process a portion of a primary driver of revenue volatility.4 Texas and Louisiana both dedicate severance tax collections when growth exceeds an established threshold. In each of these states, additional money is allocated to the rainy day fund if surplus funds remain at the end of the fiscal year.

Using multiple rules to govern when, how, and how much to deposit into their rainy day funds allows these states to build reserves using specific, volatile revenue sources as well as general funds, which are a more consistent, broad measure of revenue growth.5 Establishing parallel deposit mechanisms creates a more reliable system by ensuring that some share of revenue growth is set aside for future use even when any single source is not experiencing dramatic growth.

Policymakers must be careful, however, to design these strategies with an eye to flexibility over the business cycle. Louisiana, for example, continues to sort out the details of a lawsuit filed after the state suspended deposits to its rainy day fund during the recession.

Lawmakers viewed the suspension as common sense, given the economic downturn and the need to withdraw those same funds to fill budget gaps, but severance tax collections actually remained high during the recession period, a condition that required continued deposits. A former state representative and a co-plaintiff filed the lawsuit on the grounds that the suspensions violated the state constitution, which requires ongoing transfers to the fund based on the growth in oil and gas revenue alone. In this instance, state officials found themselves without the flexibility necessary to manage revenue volatility over the business cycle.

California policymakers have done well to think ahead, including a mechanism in the amendment to suspend deposits to the fund when revenue falls short. These are important details that policymakers in other states should consider when designing rainy day fund policies to effectively manage volatility.

Guarding against future downturns by increasing the fund

The amendment also would raise the fund’s maximum balance from 5 percent of general fund revenue to 10 percent, indicating that California policymakers recognize—and seek to reduce—the stress that tax volatility has placed on the state’s budget over the years. While this is a good starting point, California might have benefited from a rigorous analysis of its budget risk in determining its maximum fund balance.

Connecting fund size to an assessment of volatility is a practice few states have implemented—few use revenue and risk analyses to inform fund-size decisions or savings goals. Minnesota law requires an annual risk assessment to inform the fund size necessary to cover future revenue downturns, ensuring that savings remain in line with revenue volatility. In Utah, a periodic joint study of tax volatility has been critical to multiple evidence-based revisions to the state’s evolving rainy day fund policy.

Although amending California’s reserve fund policy would be complicated by the need for further ballot initiatives, per state law, a periodic study of tax volatility similar to those in Minnesota and Utah could still provide policymakers with critical information. As the state’s economy grows and its tax policies evolve, a regular study would allow lawmakers to gauge whether the rainy day fund is sufficient for meeting California’s long-term goals. In the months to come, Pew will release new analyses and recommendations on how states can best determine how much to save.

The California amendment requires splitting fund deposits between two functions for the first 15 years of the policy: building reserves and paying down debt and other long-term liabilities.6 Allocating a portion of reserve dollars to reduce debt is in line with recommendations issued by the California Legislative Analyst’s Office, the state’s nonpartisan fiscal and policy adviser to the Legislature, and with Pew’s recommendations to link nonrecurring revenue to one-time expenditures.

By striking a balance between addressing the state’s $340 billion in key liabilities and establishing mechanisms to build reserves, California policymakers are taking important steps to harness volatility and reduce budget strain in the future.

Further, this reform could position the state to reduce its borrowing costs if it results in upgrades to California’s current bond ratings, which are the lowest among all states except Illinois.7

Looking ahead: Challenges and opportunities

The California amendment includes a number of promising provisions, but even if it is adopted this November, there is still room for the state to improve upon its rainy day fund policies. Pew’s research suggests that well-designed funds include mechanisms to regularly examine a state’s unique revenue patterns and adjust savings policy as these dynamics evolve.

In California, connecting elements such as fund size to a rigorous evaluation of risk could help the state better manage budget uncertainty going forward. State policymakers will also need to consider how and when to reevaluate these new policies and adjust rules, triggers, and thresholds to remain in line with economic shifts and changes in tax policy.

Although there may be advantages to a constitutional approach, one disadvantage is less flexibility for revision and adjustment of the policy over time. As California moves forward, policymakers will have to consider how the state can identify evolving fiscal conditions and ensure that long-term savings strategies remain responsive to and commensurate with observed changes in its revenue patterns and dynamic economy.

Further, municipal credit analysts have already identified some elements of the amendment as potentially challenging. For example, it can take up to two years to establish the final net amount collected from capital gains taxes. To address this issue, policymakers have proposed a “true-up” mechanism in which deposits can be adjusted to account for final revenue tallies over the past two years.

This strategy, however, complicates the budget process and could require the state to pay into the fund long after a high-growth year, even if the economy has suffered a downturn. These types of logistical details can force states to set money aside when doing so adds to fiscal pressures instead of alleviating them.9

One effective step California policymakers have already taken to ensure the state’s savings are flexible and responsive over the business cycle is to allow the Legislature to suspend deposits when the governor declares a budget emergency. The proposed amendment would also limit the share of the rainy day fund’s balance that can be withdrawn in the first year of a downturn—a provision policymakers included in an effort to ensure funds remain available over shortfalls that persist for multiple years.

California voters will have their say in November 2014 on how the state manages future budget uncertainty. Should voters approve the ballot measure, California would join 12 other states that connect rainy day fund deposits directly to observed volatility.10 Setting aside spikes in particularly unpredictable revenue sources is an effective step toward managing volatility and guarding against future downturns.

Policymakers have set in motion a significant overhaul of California’s rainy day fund in an effort to impose fiscal discipline and ease uncertainty in the budgeting process. Choosing to strengthen reserves is not without trade-offs: Each dollar directed to the rainy day fund is one that cannot be spent meeting current demands on services or providing tax cuts.

Further, the state can still do more to improve its saving policies and avoid pitfalls such as limited flexibility and deposit obligations that strap budgets in down years. Nevertheless, strong reserves can help California—and every state—keep promises already made when revenue falls short—whether in the form of tax policies, spending commitments, or long-term obligations.

2When capital gains revenue exceeds this threshold but the rainy day fund has reached its cap, ACA X2-1 requires that the excess funds be devoted to infrastructure, including deferred maintenance. This detail represents an extra step to ensure nonrecurring revenue is linked to one-time spending, rather than funding ongoing obligations.

3Office of Governor Edmund G. Brown, “Governor’s Budget: May Revision 2014-14,” Introduction, http://www.ebudget.ca.gov/2014-15/pdf/Revised/BudgetSummary/Introduction.pdf. In the first 15 years, ACA X2-1 proposes to split deposits between the rainy day fund and paying down debts and other long-term obligations. In the first three years, the administration estimates that this strategy would result in a $3 billion rainy day fund balance and another $3 billion allocated to repayment of debts and liabilities.

5The hybrid rules in place in Louisiana, Massachusetts, and Texas include transferring a share of year-end surpluses to the states’ rainy day funds. The rule proposed in California’s ACA X2-1 is slightly different, in that it requires a static contribution from the general fund, rather than a share of surplus.

6Thereafter, policymakers can use some portion of the transfer to address long-term costs if they choose, but no more than half of the transfer can be allocated to these purposes.