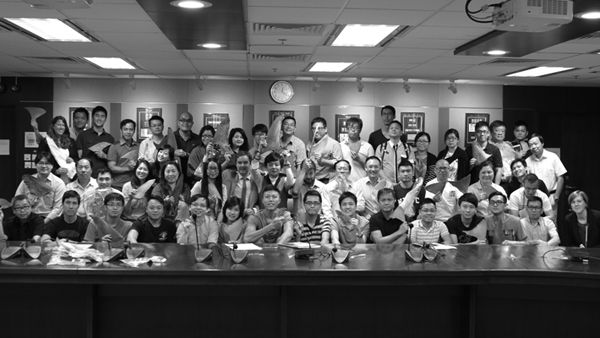 Over 120 Hong Kong government officers learned how to identify shark fins this week as they prepare to implement unprecedented trade protections adopted last year by the Convention on International Trade in Endangered Species of Wild Fauna and Flora, or CITES.

Under what are known as CITES Appendix II listings for porbeagle sharks, oceanic whitetip sharks, three species of hammerhead sharks, and two species of manta rays, all international trade in these species must be legal and sustainable. Countries and territories are working to implement the measures by Sept. 14, and The Pew Charitable Trusts is assisting by conducting workshops around the world.

A recent study concludes that 54 percent of sharks and rays are threatened or near threatened with extinction because of overfishing. An estimated 100 million sharks are killed each year, mostly for their fins.

This global effort—brought about by the CITES listings—is the real, on-the-ground progress that these species need so urgently to ensure their survival.Demian Chapman, Stony Brook University

Demian Chapman, an assistant professor in the School of Marine and Atmospheric Sciences at Stony Brook University in New York, provided in-depth guidance on shark fin identification at the workshops that were run between the 22ndand 26th May, for officers from two Hong Kong agencies: the Customs and Excise Department and the Agriculture, Fisheries, and Conservation Department. Separately, Stan Shea of BLOOM Hong Kong, a marine conservation organization, presented data on Hong Kong’s role in the shark fin trade. The workshops were designed to ensure that government officers have the tools and expertise needed to verify compliance with CITES regulations and to be able to spot illegal shipments.

According to a Pew study on shark conservation, about half of the trade in shark fins passes through Hong Kong each year, making it a key hub for global activity. According to data from its Census and Statistics Department, Hong Kong imported more than 10.3 million kilograms (22.7 million pounds) of fins in 2011 alone.1

“Front-line officers in Hong Kong have a challenging job on their hands because of the sheer number of fin imports they are faced with,” said Imogen Zethoven, director of Pew’s global shark conservation program. “The Hong Kong government’s foresight in organizing workshops now means that officers will have the expertise to successfully implement the CITES listings when they come into force in September. Exporting countries will also need to ensure that if they do plan to continue trading in these species, that they follow the necessary process to obtain the proper permits to accompany any shipments – and the Pew Charitable Trusts will be working with Governments around the world to help them meet these new requirements.

"The work being done here to ensure that fins are correctly identified and that CITES requirements are met complements work being undertaken around the world in major exporting countries to ensure that trade in these depleted shark species is sustainable,” Chapman said. “This global effort—brought about by the CITES listings—is the real, on-the-ground progress that these species need so urgently to ensure their survival."