In December 2012, I joined my colleagues at The Pew Charitable Trusts and allies in the recreational fishing and conservation communities to watch a historic vote by the Atlantic States Marine Fisheries Commission.

The commission was considering the first coastwide cap on the catch of Atlantic menhaden—sometimes called “the most important fish in the sea”—due to its vital role as a source of prey for other marine wildlife. The population of this fish had plummeted to roughly 10 percent of historic levels and the commission had found that the species was experiencing overfishing.

The menhaden fishery is the largest on the Atlantic coast and some in the fishing industry warned that the catch limit would harm business, triggering potential cutbacks and layoffs. Despite this pressure the commission followed the science and voted into place a cap that reduced the overall catch of Atlantic menhaden by 25 percent from the previous year.

The numbers now are in for the first year of fishing under the new catch cap and it is clear that the commission's action is achieving its ambitious conservation objectives. According to commission data, the total catch in 2013 was well under the coastwide limit, leaving approximately 300 million more menhaden in the Atlantic, where they become food for other fish, seabirds, and mammals. This in turn will support commercial fishing, recreational angling businesses, and ecotourism such as whale watching tours along the mid-Atlantic.

Also of note, the fishing industry's dire predictions of economic losses did not come to pass. In fact, the company that catches the most Atlantic menhaden reported record profits in 2013 and even expanded its fleet of fishing vessels.

The results show the wisdom of the commission's regulations. All 15 Atlantic coast states have successfully implemented the catch cap and the few states that went over their allotments were able to use a flexible trading system to comply with the rules. 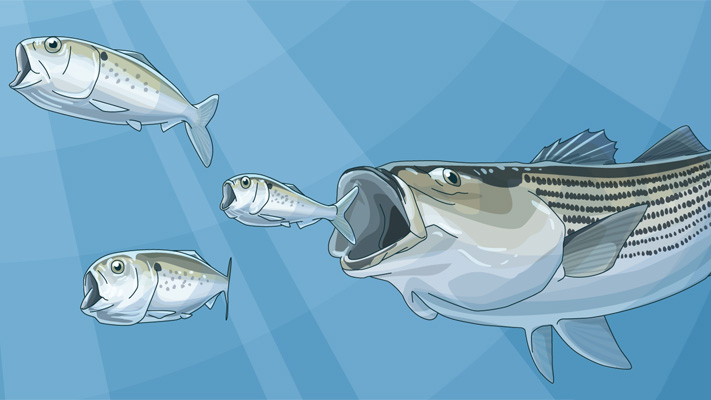 The commissioners should be proud that that they've established an effective management system for the largest fishery on the Atlantic coast. They can now move ahead with confidence on a new stock assessment for menhaden and the development of tools that will ensure that enough of these critical prey fish are available for predators.

In time, we will see more evidence that these little fish are worth more when left in the water than they are when caught in the net. And other fishery management bodies should take heed of this success story. Restoring healthy populations of critical forage species will make our coastal ecosystems and coastal economies stronger and healthier.