President Barack Obama designated the Point Arena-Stornetta addition to the California Coastal National Monument March 11 under the Antiquities Act, a law that Republican and Democratic presidents have used to protect some of our country's most treasured landscapes, such as the Grand Canyon and Statue of Liberty.

Considered one of the most significant parts of California's Mendocino coastline, Point Arena-Stornetta is made up of more than 1,000 expanses, including cliffs, dunes, and meadows. It is home to intact native plant communities, unique geological features, and several endangered species, such as the Point Arena mountain beaver. People are drawn to Stornetta to hike, bird-watch, view wildlife, and fish.

Designation as a national monument was backed by local business owners, elected local officials, and other members of the community.

Representatives Jared Huffman and Mike Thompson and Senators Dianne Feinstein and Barbara Boxer sent a letter to Obama in February asking him to use the Antiquities Act to protect the Point Arena-Stornetta Public Lands. 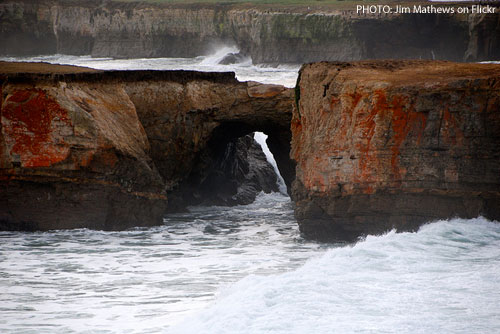 The Pew Charitable Trusts joins the local community in thanking the president for designating the Point Arena-Stornetta National Monument expansion and urges him to protect more natural treasures across the country, including the Organ Mountains-Desert Peaks area of southern New Mexico and Idaho's Boulder-White Cloud Mountains.

The 113th Congress recently sent its first wilderness bill to the president for his signature, a measure to protect 32,500 acres of the Sleeping Bear Dunes National Lakeshore in Michigan. Nearly two dozen additional wilderness bills are awaiting action in Congress.

As the United States loses more than 6,000 acres of open space every day to development, we must remain persistent in our efforts to ensure a natural legacy for
future generations.