After months of intense campaigning and public mobilisation by non-governmental organisations, the European Parliament agreed in December to several deep-sea conservation measures but narrowly rejected elimination of the most destructive fishing practices in the Northeast Atlantic.

The proposal to phase out deep-sea bottom trawling and gill-netting was originally put forward by the European Commission. In the European Parliament, it had the support of the Environment Committee but was rejected by the Fisheries Committee in November after a series of delays. Parliamentarians from several political groups tried to reintroduce the ban in an amendment to the full European Parliament plenary without success. A less-comprehensive plan was approved on Dec. 10 in a close 342-326 vote.

More than 300,000 people had expressed their opposition to bottom trawling through an online petition on Avaaz.org and over 300 scientists signed a statement supporting the ban.

Within three days of the vote, 20 Parliament members declared they had mistakenly voted against the ban and corrected their votes. However, European parliamentary procedures do not allow the result of a vote to be changed. 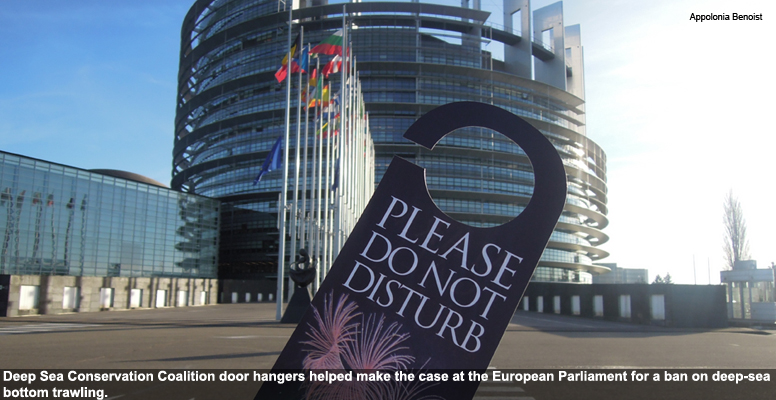 “It is a sad day for deep-sea life. The European Parliament came close but ultimately could not find the resolve to phase out deep-sea bottom trawling, one of the most destructive fishing practices,” said Matthew Gianni, a senior adviser to The Pew Charitable Trusts and the Deep Sea Conservation Coalition. “Nonetheless, a number of the measures agreed to by the Parliament would, if effectively implemented, help limit the damage to deep-sea ecosystems.”

Those measures include requirements to strengthen the scientific basis for setting fishing quotas and to reduce bycatch of deep-sea species. The proposal adopted by the European Parliament also contains provisions to protect vulnerable deep-sea marine ecosystems by requiring prior environmental impact assessments for deep-sea fisheries as well as the closure of areas to bottom fishing where such ecosystems are known or are likely to exist.

The European Union's Council of Fisheries Ministers will consider the proposal in the first half of this year. If the council decides on a different approach than the European Parliament, the institutions will have to negotiate to find an agreement.

In another positive step, two major supermarkets in France, Carrefour and Casino, have announced that they will phase out the sale of deep-sea fish species this year.