When a country registers a fishing vessel and allows it to fly that country's flag, what are the government's responsibilities for that vessel's actions at sea? The answer to this question would seem to be simple, but it is no secret in the international fishing community that not all States govern their flagged vessels equally. Some countries are notorious for issuing flags without checking the history of a ship or its owners. As a result, fishers seeking to engage in illegal, unreported and unregulated, or IUU, fishing have been able to do so under a country's official flag.

But this situation might be about to change. The International Tribunal for the Law of the Sea is the independent judicial body set up by the U.N. Convention on the Law of the Sea, or UNCLOS, to adjudicate disputes or provide advice about interpretation and application of convention requirements. In 2014, the tribunal has the opportunity to better define the actual responsibilities of flag States. Following a formal request from a group of West African countries, the court is expected to issue an opinion clarifying the obligations of flag States when IUU fishing activities occur within the waters of other nations or on the high seas. The tribunal also is likely to clarify the rights and responsibilities of coastal states in ensuring the sustainable management of shared fish stocks in their waters.

While the advisory opinion will not be binding, the tribunal will for the first time provide an authoritative interpretation of UNCLOS requirements on these key issues.

"The tribunal is considering flag State issues that are critical in the fight to end illegal fishing," said Karen Sack, senior director for international oceans at The Pew Charitable Trusts. "The United Nations Convention on the Law of the Sea obligates its parties to protect and preserve the marine environment, and this responsibility clearly applies to flag and coastal States."

Sack added that under current international law, "flag States have a duty to ensure that their vessels do not engage in IUU fishing or in other unsustainable fishing practices, and coastal States have an obligation to manage their marine resources sustainably. We hope that the tribunal will add greater clarity as to what those obligations include."

On March 28, 2013, the tribunal received a request from the Sub-Regional Fisheries Commission, a Senegal-based intergovernmental organization of seven West African States, to render an advisory opinion on state responsibilities regarding IUU fishing and the sustainable management of fish stocks.

The tribunal has extended the deadline to accept statements, formally called interventions, on this request through March 14, 2014. Nongovernmental organizations do not have standing to intervene but may submit statements for informal consideration. WWF International submitted a statement, supported by Greenpeace International.

More information on this request for an advisory opinion is available on the tribunal's website. 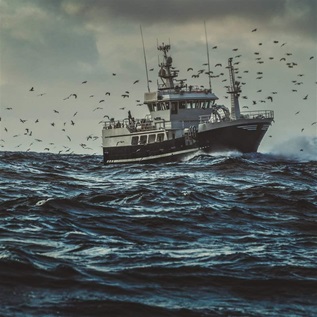 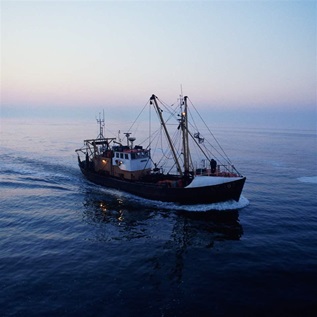