Nine Micronesian leaders—from three countries and two U.S. territories—say they oppose U.S. plans for implementing a law they believe would undermine local bans on the trade of shark fins.

The Shark Conservation Act of 2010 was intended to close loopholes in the U.S. law to prohibit shark finning by requiring that sharks caught by American vessels or entering U.S. ports through trade be landed with their fins naturally attached to their bodies. Hoping to further protect these critically important ocean predators, 11 U.S. states and territories—including Guam and the Northern Mariana Islands in Micronesia—have passed additional laws.

However, the National Oceanic and Atmospheric Administration has said that these state and territorial laws could interfere with federal fisheries statutes under the Magnuson-Stevens Act and therefore would be preempted.

In a communique issued after this month's 19th Micronesian Chief Executives' Summit, leaders of the western Pacific U.S. territories and several island nations said regulations for implementing the law would overturn bans on shark fin trading in Guam and the Northern Marianas.

“The shark fin trade bans were implemented with bipartisan support after considerable public feedback. The laws reflect the unique concerns and needs [of] our islands and our citizens,” the communique says. The leaders say the local laws complement, rather than hamper, the broader U.S. fisheries law and its goals.

“The shark fin trade bans do not interfere with Magnuson-Stevens Act's (MSA) purposes and objectives of maximum sustainable yield. They do not interfere with fishing in federal waters; instead they regulate commerce by banning the trade of fins. Since MSA regulates fishing activity and not commerce, the state shark fin bans are complementary to the Shark Conservation Act,” the communique says. The leaders asked the Obama administration to remove the preemptive language from the final rule. 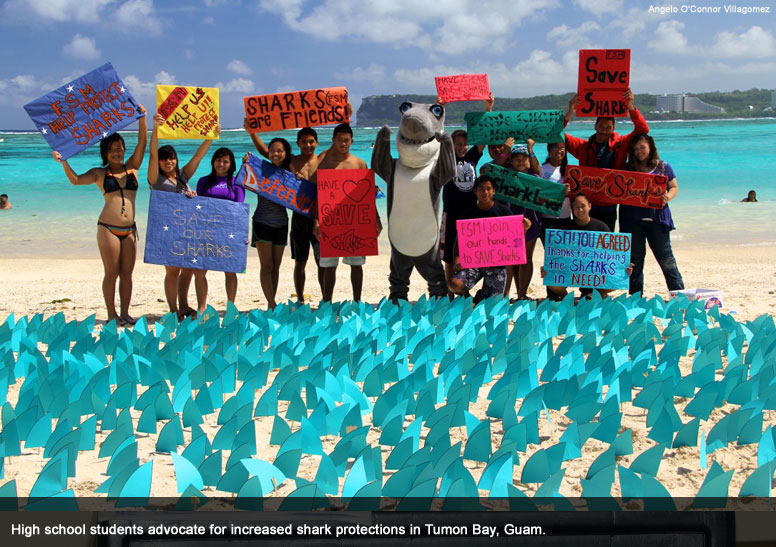 By referring to “states,” the leaders were indicating that the U.S. decision also would interfere with the needs and concerns of Hawaii, California, Washington, Oregon, Illinois, Delaware, Maryland, and New York, as well as the territory of American Samoa.

“The Shark Conservation Act was intended to decrease the killing of sharks, but the proposed rules could lead to a significant setback for shark conservation,” said Angelo O'Connor Villagomez, a shark conservation expert for The Pew Charitable Trusts. “It is critical that the law allow states and territories to continue implementing their own protections.”

Despite the potential negative implications of the implementing rule, the chief executives noted that shark protections throughout the region continue to improve. The participating countries and territories are expected to implement a Micronesia Regional Shark Sanctuary in early 2014. 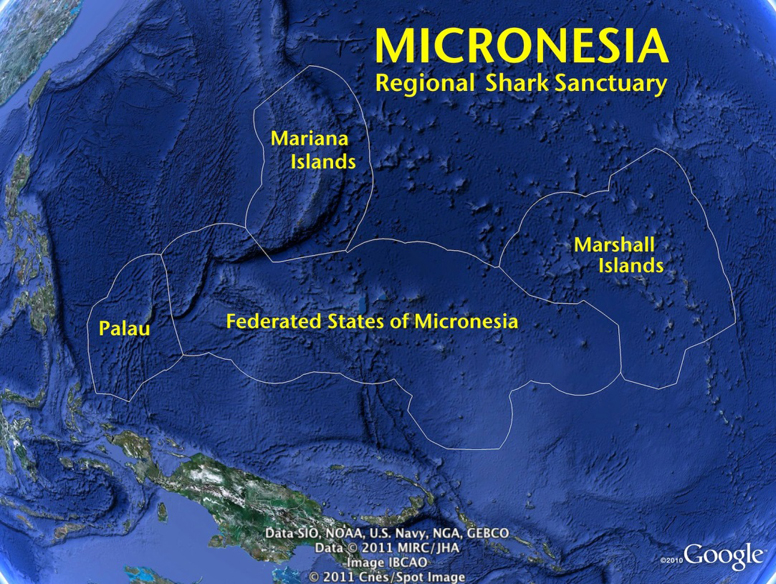