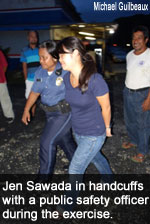 POHNPEI, Micronesia—It is dusk on Oct. 4 in the seaside village of Kolonia.  I walk toward the pier to meet fishermen carrying a cooler of shark fins for sale. In a matter of seconds, we are surrounded by dozens of uniformed law enforcement officers.  Although I know this is just a training exercise, and the fins in the cooler are made of cardboard, I am still somewhat terrified and throw my hands up. I have been caught engaging in an illegal activity: buying shark fins in Pohnpei, one of the four states that make up the Federated States of Micronesia, or FSM, in the western Pacific Ocean. 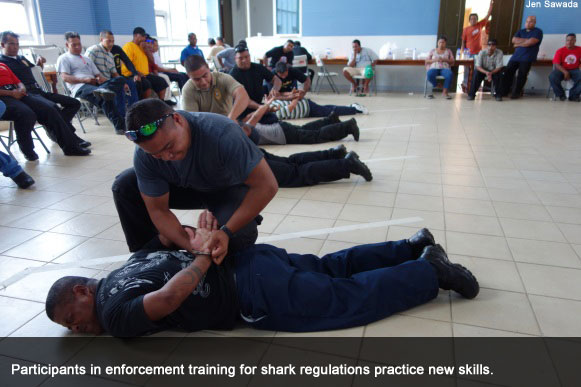 Pohnpei passed a law in June 2013 that banned the possession, sale, and distribution of shark fins. As apex predators, sharks play a vital role in maintaining healthy marine ecosystems, but a recent study estimates that about 100 million of them are killed every year in commercial fisheries. FSM and other Pacific governments are recognizing the need for national shark protections.

To aid implementation of the new law, the Conservation Society of Pohnpei and the Micronesia Conservation Trust recently conducted a five-day conservation enforcement and compliance training session here in Pohnpei.  The Pew Charitable Trusts and the APOC Fund, a donor-advised fund at the Boston Foundation, provided support for the program.

By the end of the training, more than 70 community conservation officers—volunteers from local villages—and officers from the state Division of Fish and Wildlife and the state Department of Public Safety were trained in monitoring marine protected areas and enforcing shark protections.  Participants learned basic skills, such as handcuffing and evidence processing and were able to practice these them in a safe setting. 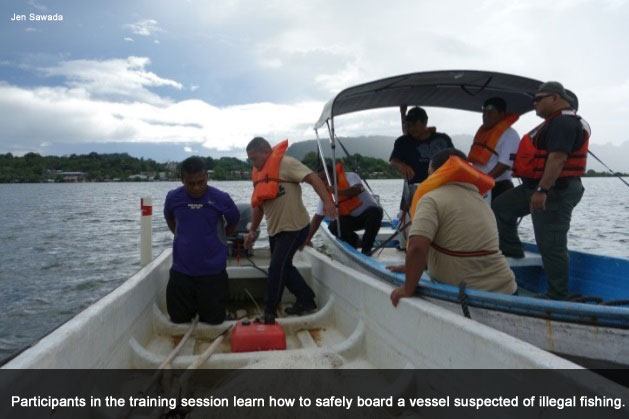 As a result of this training, community volunteers and state enforcement officers better understand what activities are prohibited under the new shark law. And they know how to coordinate and communicate when they suspect that violations have occurred so they can ensure the apprehension and prosecution of offenders. 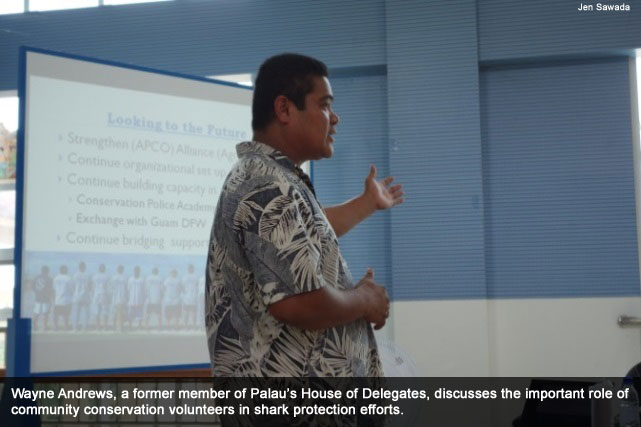 Pohnpei, Kosrae, and Yap—three of the four states that make up FSM—have implemented shark protection laws in recent years. Chuuk, the fourth, is in the process of passing similar legislation. With almost all state jurisdiction waters protected, FSM's Congress has introduced a resolution calling for the creation of a full shark sanctuary that would prohibit commercial shark fishing in the nation's entire exclusive economic zone. The Pohnpei enforcement agencies will be able to use the skills they gained from the training session to enforce that shark sanctuary as well. 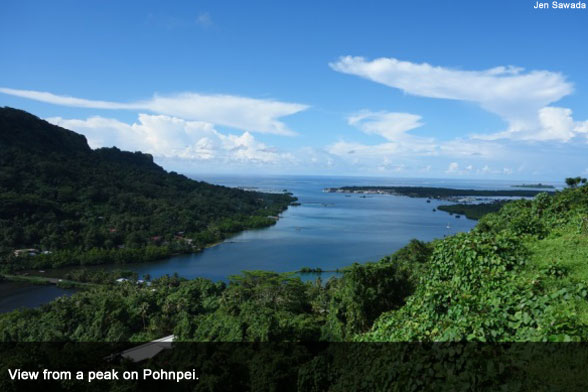