The European Parliament on Dec. 10 formally adopted the historic reform of the Common Fisheries Policy's basic regulation, including a commitment to restore fish stocks and to end EU overfishing by 2015 where possible and 2020 by the latest. This decision follows four years of negotiations among various European institutions and concerted campaigning by a diverse group of stakeholders. The new policy will be come into force throughout EU waters and for its fleet globally Jan. 1, 2014.

Under the new law, catch limits will not exceed levels that can endanger the reproduction of fish stocks. The aim is to bring them back to sustainable levels while at the same time phasing out wasteful fishing practices. 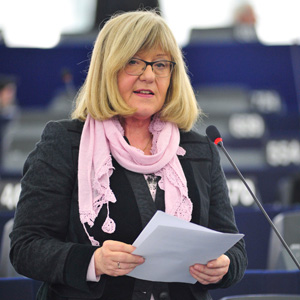 Since its inception in 1983, the EU's Common Fisheries Policy, or CFP, has failed to prevent overfishing. Fewer and smaller fish are being caught and greater effort is required to find them, often resulting in the targeting of other species—regularly ones that are even more vulnerable. In 2007, the EU Court of Auditors judged that the policy had failed to achieve its central objective—the sustainable exploitation of living aquatic resources. Two years later, the European Commission's green paper “Reform of the Common Fisheries Policy” confirmed that dramatic change was needed as European fisheries were slowly vanishing and collapsing economically.

In June 2009, The Pew Charitable Trusts, in collaboration with four other European nongovernmental organizations, launched OCEAN2012, a coalition to support a fundamental reform of the CFP. Since then, the coalition has grown to 192 member groups in 24 EU states and beyond, and now includes fishermen's organizations, leading marine scientists, development agencies, environmental NGOs, aquariums, consumer and development organizations, restaurants, and others interested in sustainable fisheries.

The European Commission issued an ambitious proposal in July 2011 to reform the Common Fisheries Policy in order to make fishing sustainable—environmentally, economically, and socially. In February 2013, the European Parliament voted 502-137 in favor of the related report, supporting the implementation of sustainable fishing practices. After more than four years of deliberations among European institutions, Simon Coveney, representing EU fisheries ministers, and Ulrike Rodust, responsible for the CFP reform at the European Parliament, agreed on May 30 to proceed with a reform that would:

In late October, members of the European Parliament voted on a future EU fisheries subsidies regime, the European Maritime and Fisheries Fund, or EMFF, which will be used to implement the new CFP from 2014 to 2020. Consistent with its February vote, the Parliament supported a significant shift of additional funds into data collection, control and enforcement, and strengthened provisions to withhold funding in case of noncompliance with the rules of the CFP by member states.

Unfortunately, it also voted in favor of subsidies that could hinder effective implementation of the new fisheries policy, such as subsidies for engine replacements and other measures known to facilitate overfishing.

The animation “Ending Overfishing,” produced by OCEAN2012, received more than 1 million views on YouTube and was the subject of an article by The Huffington Post.