A new study provides the first direct evidence that female sharks commonly return to their birthplaces to reproduce. This finding, from a study of lemon sharks in the Bahamas, took 17 years to document and suggests that local conservation efforts are crucial, even for a species whose range is hundreds of miles.

Lemon sharks are highly migratory, but scientists have suspected that adult females return to their birthplaces to give birth to their pups. This behavior, termed “natal philopatry,” has been demonstrated in other marine animals, such as salmon. But it is difficult to establish in most shark species because it requires that they be tracked for 10 or more years while they mature. Biologist Samuel Gruber of the Bimini Biological Field Station and his colleagues undertook that painstaking tracking effort at North Bimini, in the Bahamas. From 1995 through 2012, they deployed nets from shore each year in June to sample lemon sharks. The scientists tagged and measured every one they captured and took small samples of the fins for genetic identification.

The resulting data set offers the first direct evidence of natal philopatry in sharks. The researchers discovered that at least six female lemon sharks at North Bimini returned to their birthplace to give birth when they were between 14 and 17 years old. In two cases, the researchers knew this because they recaptured the pregnant females at the site. In four other cases, the scientists identified recently born shark pups whose genetic profiles matched them to mothers also born at North Bimini. 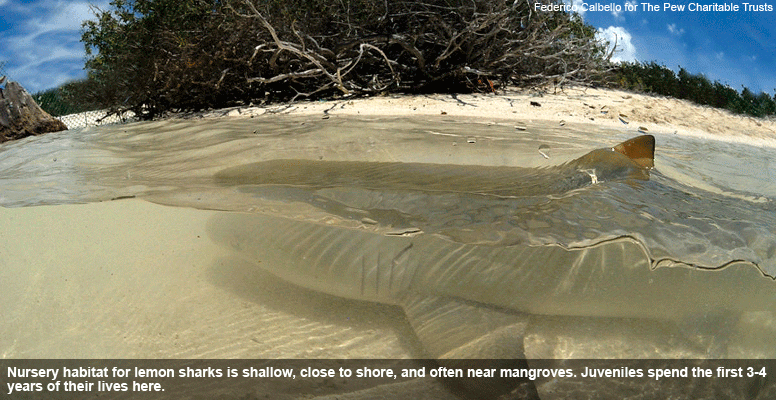 The scientists believe that natal philopatry explains their findings. Although six sharks may not seem like many, it is a meaningful number, because shark survival is generally low. Using survival estimates from previous studies, the scientists determined that these six females represent between 24 to 75 percent of surviving females from the cohorts included in this study. The researchers also conclude that the sharks return to a very specific place, because North Bimini represents only 2.4 percent of the nearby habitat suitable for these sharks to give birth.

In the study, researchers suggest that effective conservation measures for highly migratory sharks should include protection of specific coastal habitat and restrictions on shark fishing at nursery sites at key times of the year.

The study, which appears in the December 2013 issue of the journal Molecular Ecology, was co-authored by Gruber, Kevin Feldheim of the Field Museum in Chicago, Demian Chapman and Ellen Pikitch of Stony Brook University, and five other scientists. This work was funded by the National Science Foundation, The Pew Charitable Trusts, and the Bimini Biological Field Station Foundation. 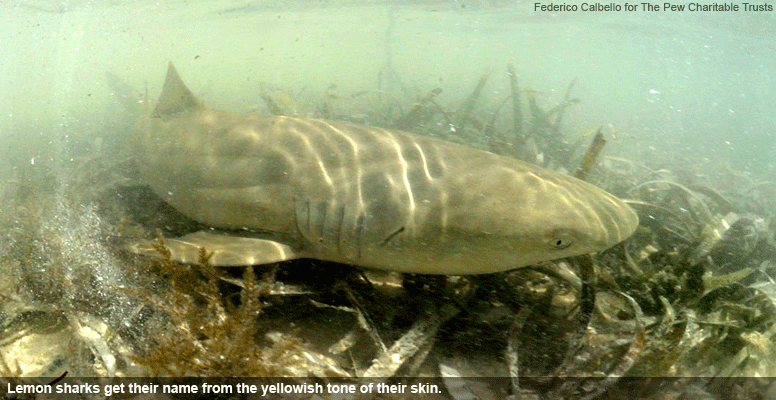 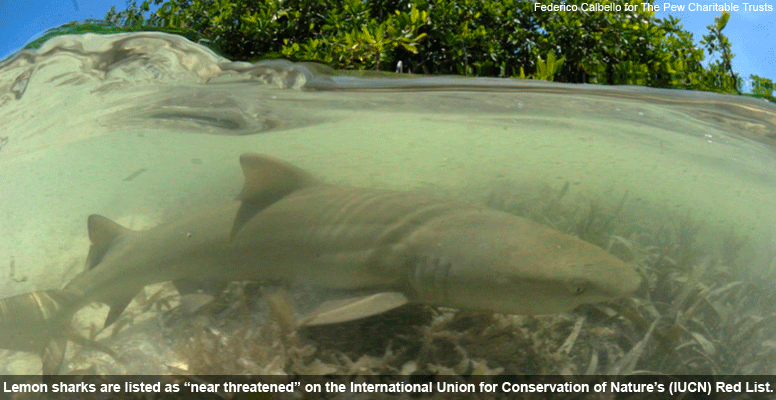 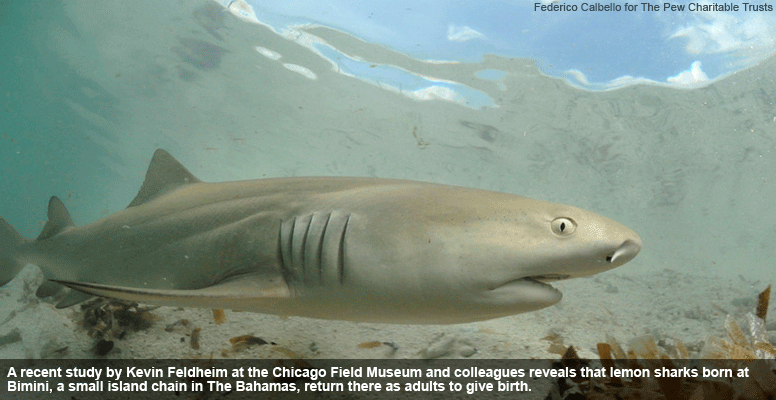