The Western and Central Pacific Fisheries Commission (WCPFC) aims to ensure the long-term conservation and sustainable use of the fish stocks, including tuna and sharks, in the western and central Pacific Ocean. The WCPFC has a unique and important responsibility as custodian of the world’s largest tuna fishery in an area covering 20 percent of the Earth’s surface.

Sustaining healthy fisheries in this region requires strong conservation and management actions through joint commitments and strict compliance. Unfortunately, the Commission’s Members, Cooperating Non-members, and Participating Territories, known collectively as CCMs, have been unable to take the actions needed to ensure the sustainability of highly migratory fish populations.

This year’s Commission meeting is critical to the future of bigeye and Pacific bluefin tuna, as well as many shark species.

The Pew Charitable Trusts calls on governments involved in the WCPFC to agree to take the following critical actions:

Read the latest about the WCPFC 2013 meeting

Fast Facts on the WCPFC 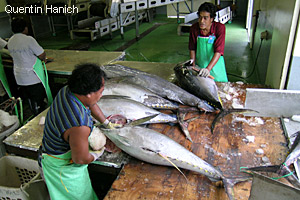 The WCPFC is the newest and largest of the tuna regional fisheries management organizations (RFMOs).

It is responsible for the open-water fishing that takes place in an area that covers almost 20 percent of the Earth's surface.

A large proportion of the tuna in the Pacific comes from the territorial waters of Small Island Developing States or “Large Aquatic States” as many prefer to be called. These developing countries may have small land areas, but with waters extending 200 miles from shore, they are huge in terms of ocean resources.

WCPFC member governments have committed to valuing the unique social, economic and geographic characteristics of the region. However, there are challenges in balancing the aspirations of developing coastal States with the historical and current fishing by distant-water fleets from the United States, European Union, Japan, Republic of South Korea, and Taiwan (also known as Chinese Taipei).

The 25 members of the WCPFC will gather in Manila from 2-6 December for the Commission's ninth annual meeting to discuss ways to conserve tuna and to consider measures to protect threatened shark species. 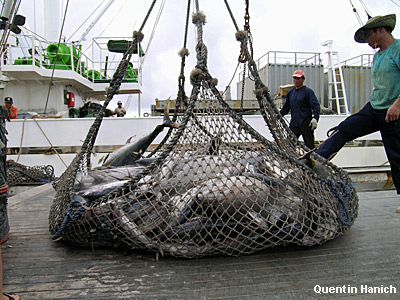 More than half of the world's tuna catch comes from waters managed by the WCPFC.

According to the scientific body that advises WCPFC members, bigeye tuna are already experiencing overfishing, yellowfin tuna are fished to the limits of sustainability, and skipjack tuna are within sight of this limit. There are currently no science-based catch limits for Pacific bluefin tuna—the only bluefin tuna without catch limits.

The use of fish aggregating devices (FADs) will also be discussed.

FADs are huge floating fishing “rafts” used increasingly by the tuna fishery to attract schools of fish which gather beneath them.

Purse seine fleets set nets around these artificial devices to catch the schools of tuna that gather beneath the FAD, along with other marine species. The use of these devices contributes to marine litter and kills individuals of many other species as “bycatch”, particularly sharks, billfish and juvenile tunas. 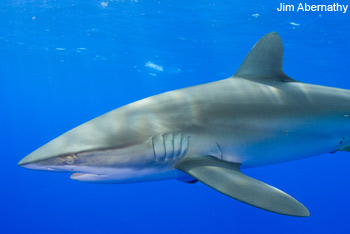 Although WCPFC has the clearest mandate to protect sharks of any RFMO, it has only taken meaningful action for one shark species.

As in many other fisheries around the world, fishermen using nets and longlines in the Western and Central Pacific region, often catch sharks deliberately or inadvertently.

High demand and prices for shark fins in Asia means that fishermen often have little incentive to release these animals alive.

This year, WCPFC will consider reducing the impact on silky sharks and reducing human interactions with sharks by implementing bycatch mitigation measures such as banning gear used to target and catch sharks. Data show that the existing finning ban is not working, so delegates will consider improving it. 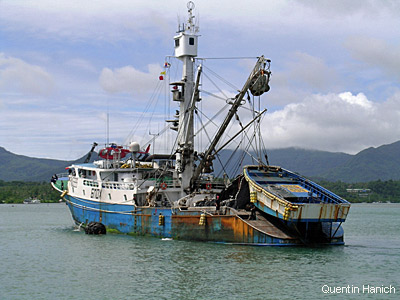 About one-fifth of fish taken from the ocean are estimated to be illegal or unreported.

A study estimated the economic loss from IUU fishing in the western and central Pacific Ocean region to be 21 to 46 percent of the reported catch, which is valued at up to US$1.5 billion a year.

Some States allow their ports to be used by illegal operators, sometimes unwittingly. Others, either on their own or in cooperation with like-minded States, have started to tighten port controls as a means of closing the market to IUU-caught fish.

Until IUU fishing is stopped and Fishing Vessels appropriately identified and tracked, WCPFC's ability to manage and monitor fisheries in the region is likely to be undermined.

Pew's specific recommendations to the tenth session of WCPFC:

Pew calls on WCPFC members to take the following critical actions at the 10th Regular Session of the Commission: