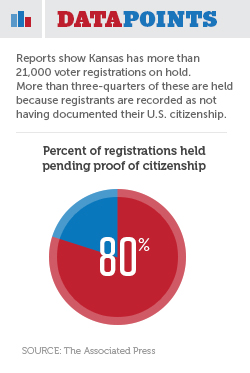 As of September 2013, reports from Kansas show the state has more than 21,000 voter registrations on hold. Eighty percent of these are held because the registrant has not complied with a policy, implemented in January 2013, requiring proof of U.S. citizenship while registering.

The problem stems from the fact that people who register to vote in the state for the first time while applying for a driver’s license are not being asked to show proof of citizenship. The problem is exacerbated by the fact that the Department of Revenue, which oversees the Division of Vehicles, will no longer request citizenship documents when people renew driver’s licenses.

In Johnson County, where about 3,000 registrations are suspended, officials are contacting these registrants for proof of citizenship. Many of these potential voters are reporting that they brought documents to the Division of Vehicles but were incorrectly told they were not necessary. Division employees can check a box on the voter registration form to confirm that citizenship has been documented, but election officials are finding that even when appropriate documents are presented, this box is often not checked.

Follow us on Twitter using #electiondata and get the latest data dispatches, research and news by subscribing today. 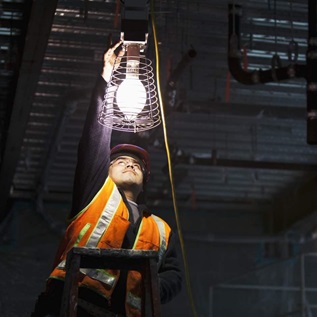 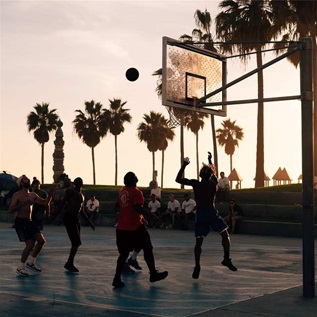