Majuro, Marshall Islands. The tropical sun has baked the eight bulging sacks, each about 1 meter long, since February in an unventilated warehouse. The distinctive aroma of shark fins assaults me as I enter on this early September day. Urea regulates salt intake in sharks, and it quickly decomposes into ammonia when they die. The toxic and foul-smelling chemical is overpowering and makes my eyes water. 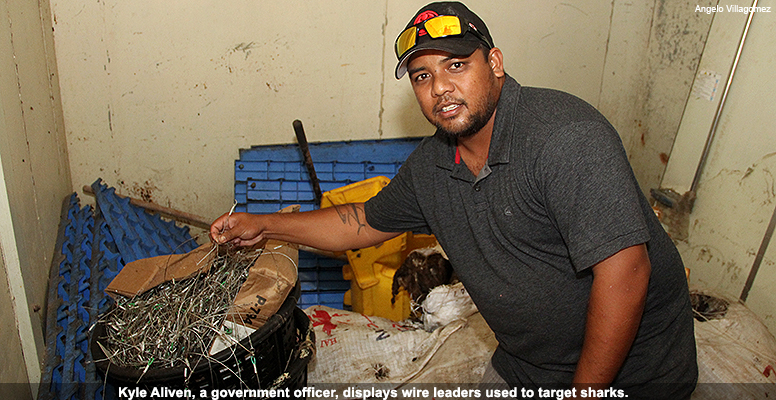 Ripping open the sacks, we find mostly fins from blue, silky, and mako sharks. Fishermen cut off the dorsal, pectoral, and caudal fins because they are the most valuable parts, and as many as 40 percent of the sharks are thrown back in the water to die. A full set of oceanic whitetip shark fins tied together with fishing line is in one sack. This shark is one of the most vulnerable shark species, and its fins are some of the most valuable, used solely as an ingredient in soup. 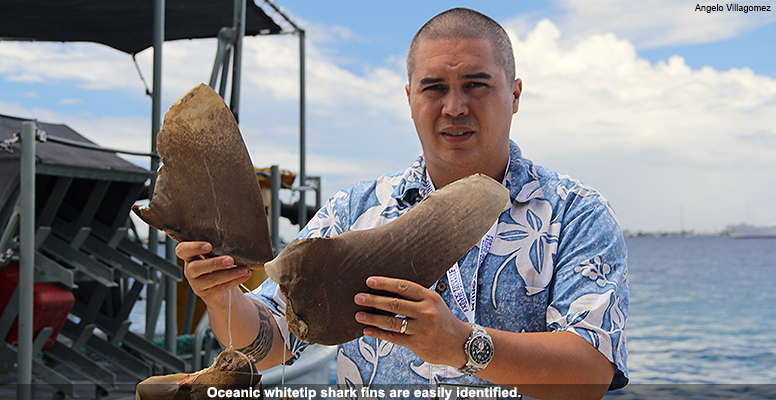 Retaining this shark is illegal in every major fishery around the world. It is specifically listed by the Convention on the International Trade in the Endangered Species of Wild Fauna and Flora, or CITES, as potentially threatened with extinction if trade restrictions are not put into place. 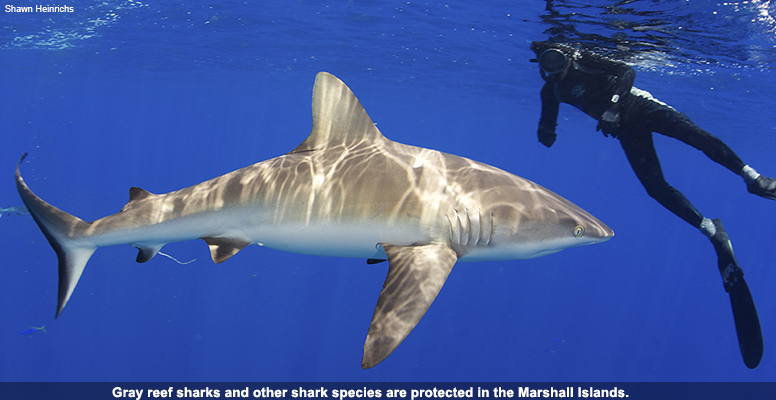 Fin trade is illegal here in the Marshall Islands. In 2011, this country declared a shark sanctuary that encompasses its full exclusive economic zone, an area of 1.9 million square kilometers in the central Pacific that is four times the size of California. The republic's law is an elegant and comprehensive solution to the complex problem of the overfishing of sharks: it bans the fishing, sale, trade, and possession of all sharks and also bans the fishing gear used to target sharks. It also mandates that all transshipping of fish take place at port, which strengthens the rule's enforcement. 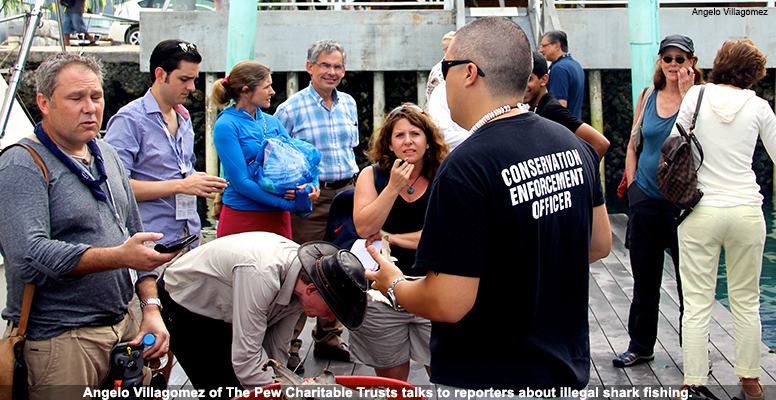 The Marshall Islands Marine Resources Authority, or MIMRA, is charged with enforcing the protections. The fins in the sacks came from a fishing vessel found to be in illegal possession of sharks this February. The authority fined the vessel US$120,000 and permanently banned it from fishing in the Marshall Islands. 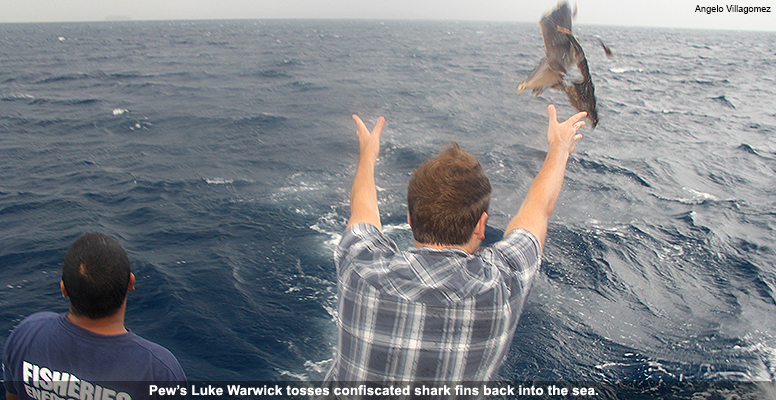 On this September day, from the stern of the boat carrying Pacific leaders, media, staff from The Pew Charitable Trusts, and decomposing shark fins, Kyle Aliven, a MIMRA officer, returns the fins to the ocean. The Marshall Islands law requires that confiscated shark fins be burned or disposed of at sea, but because the country is now positioning itself as a leader in addressing climate change, officials prefer dumping rather than burning. Everyone on board takes turns tossing fistfuls of fins into the water.

Tony deBrum, a leading Marshall Islands cabinet minister and the host of the event, emphasized the importance of sharks to the people of the Pacific. 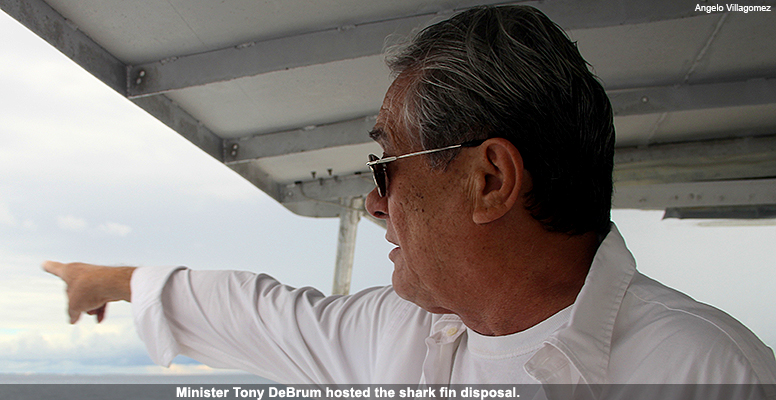 “I think the prospect of making the whole Pacific a shark sanctuary is very real,” deBrum says. “We need to do it everywhere. We need to enact legislation that is not only enforceable, but enforced.”