Caara Fritz, a volunteer with Pew's partner Tennessee Wild, shares her reasons for wanting to protect part of her beloved Cherokee National Forest.

In more than 20 years of working as a set carpenter and specialty painter in the world of film, I have built futuristic sets and created quaint environments, green avenues, and contrived vistas. Most visuals can be created in an art department, but wilderness is nature perfected in every form and is impossible to re-create.

The Big Laurel Branch Wilderness Addition in Tennessee lies 420 trail miles north of Springer Mountain, GA, which is the southern terminus of the Appalachian Trail. As a volunteer for Tennessee Wild, I have walked most of the wilderness additions and the study areas that could soon be permanently protected by the Tennessee Wilderness Act, a bill that would safeguard nearly 20,000 acres of the Cherokee National Forest along the state's eastern border.

The measure, first introduced in the 111th Congress, would add acreage to five existing wilderness areas and create the new Upper Bald River Wilderness, all of which were recommended for protection by the U.S. Forest Service in its 2004 management plan. It's a bill that has been introduced twice since 2010, and though it has never made it to the Senate floor, Tennessee's senators, Lamar Alexander and Bob Corker, aren't giving up on one of their state's most biologically rich areas. I am hopeful, like so many of my fellow Tennesseans, that the senators will reintroduce the Tennessee Wilderness Act this summer. 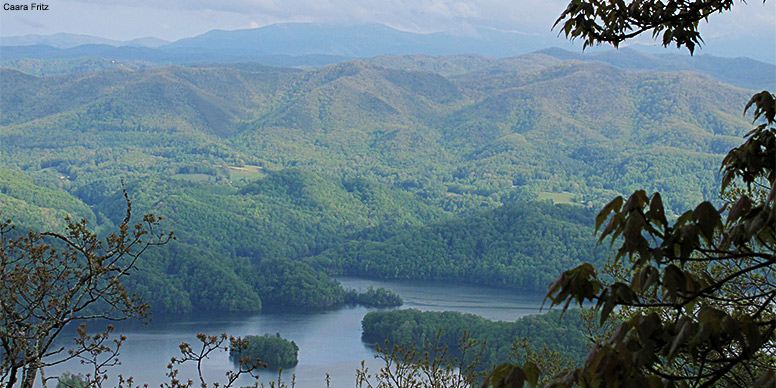 The second-largest area proposed for protection by the bill last Congress, the 4,446-acre Big Laurel Branch Wilderness Addition, is an amazing place to hike and take photographs along the Appalachian Trail, with incredible views, spectacular wildlife, and the intact Watuga River watershed, which is renowned for its trout fishing. I have volunteered here to accompany hiking groups. I have walked through the 17 miles of Appalachian Trail corridor, working on a citizen science project counting remnant American chestnut populations. Knowing that my son and his children's children will have the chance to follow their great-great-grandmother's footsteps on the 4.5 miles of trail that will be forever protected by this bill gives me great hope for the future health of our natural world. When the Tennessee Wilderness Act becomes law, more than 10 miles of the AT in the Big Laurel Branch Wilderness Area—and the land as far as the eye can see—will be secured for future generations to enjoy. 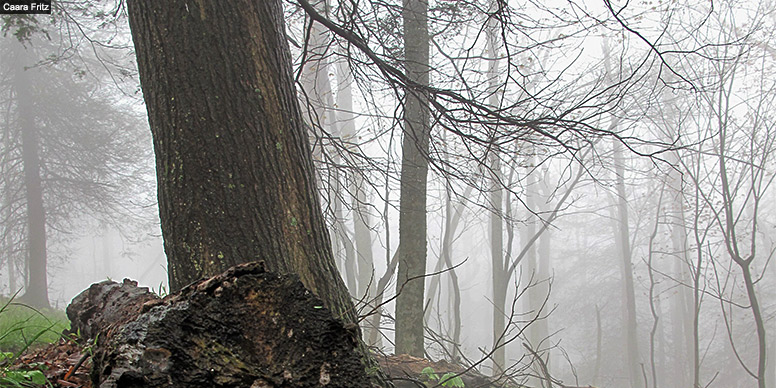 Early in the Tennessee Wild campaign, some trail groups were anxious about how these trails would be maintained without chainsaws and gas-powered weed trimmers, which aren't allowed in wilderness. Out of that concern, Southern Appalachian Wilderness Stewards, or SAWS, was born, and with Tennessee Wild, the two organizations brought together a viable young contingency of trail maintainers and wilderness rangers. Those initial worries were eradicated by a concerted stewardship effort. This success clearly demonstrates the power of advocacy and stewardship, working together. 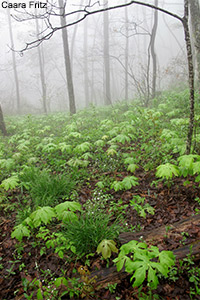 I have been awed by the giant Carolina hemlocks I have seen on hikes, had the experience of walking next to new coyote and bobcat tracks, and found and photographed salamander species that are found only in these southern Appalachian Mountains. The abundance of ephemeral wildflowers takes my breath away. That these spectacularly diverse temperate forests, with their intact watersheds and outstanding natural beauty, could be protected in perpetuity is what propels my involvement as a conservationist, citizen scientist, and activist for the Tennessee Wilderness Act.

In Tennessee, less than 1 percent of our land area is protected as wilderness. To anyone who enjoys nature and wild places or has considered walking in remote areas, or to any person who has considered volunteering, I would urge immersion as a volunteer for wilderness protection. This rugged yet easily traversed trail belies the fragile world that is at stake if permanent protection is not attained. It is with great enthusiasm that I advocate for the protection of the Big Laurel Branch Wilderness Addition and for the other five areas in the Tennessee Wilderness Act. I volunteer so that I can help get people out on the landscape so that, like me, they can fall in love with it and then help protect it. Join me sometime.

Caara Fritz lives in Chattanooga, TN, and has been a volunteer with Tennessee Wild for the past three years.