From Easter Island to New Zealand: Ocean Conservation across Polynesia

In ancient times, voyagers crossing the Pacific Ocean gave shape to the Polynesian Triangle, an area anchored by three groups of islands: Hawaii in the north; Easter Island, whose indigenous name is Rapa Nui, to the southeast; and New Zealand, which is called Aotearoa in the Maori language, to the west. Far from other places, the residents of the islands inside the triangle over the centuries have developed enduring cultural bonds, including a shared devotion to their ocean environment.

The Polynesian exchange provided a unique opportunity for people from the farthest corners of the Pacific Triangle to come together and celebrate what connects them.Ernesto Escobar

For one week in April, 16 representatives from Easter Island and French Polynesia gathered in New Zealand to celebrate these ancestral and cultural links and to discuss future guardianship of the areas of the Pacific Ocean with their Maori neighbors. The exchange was organized by Pew's Global Ocean Legacy project, which seeks to establish the world's first generation of great marine parks, encompassing areas of extraordinary biological, ecological, and aesthetic values. The current effort is concentrated on creation of fully protected marine reserves for Easter Island and for New Zealand's Kermadec Islands, which would ensure the continued health of these nearly pristine ocean regions for future generations of Pacific peoples.

During the exchange, Pew staff joined the indigenous delegates to learn more about their perspectives on marine conservation. The group met with scientists, Maori leaders, New Zealand government and Royal New Zealand Navy representatives, and the Chilean ambassador to New Zealand, Isauro Torres Negri. They also talked with local fishermen and conservationists, as well as a wide range of New Zealanders committed to honoring indigenous values.

“The Polynesian exchange provided a unique opportunity for people from the farthest corners of the Pacific Triangle to come together and celebrate what connects them,” says Ernesto Escobar, who directs the Global Ocean Legacy's Easter Island project. “The celebration only strengthened everyone's unequivocal commitment to leaving future generations with a healthy ocean capable of sustaining the biodiversity, livelihoods, and cultures of the Pacific region.” 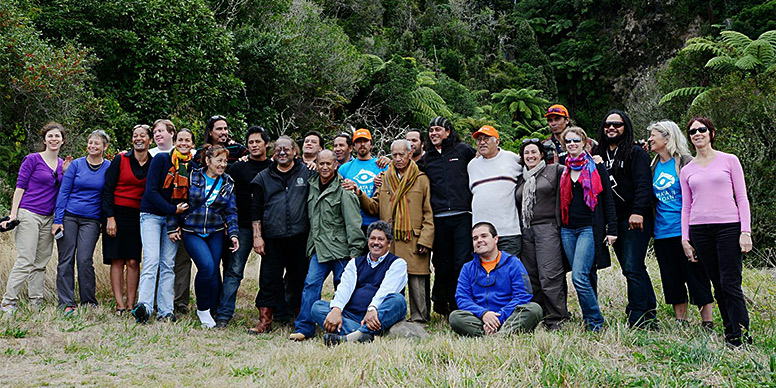