One species of shark made history today at the close of the Indian Ocean Tuna Commission's annual meeting of governments that share a practical and financial interest in fish stocks in the region. The oceanic whitetip, an open-ocean species with a distinctive white tip on its dorsal fin, became the most comprehensively protected shark on the planet.

Member governments of the commission agreed to ban the retaining on board, transhipping, landing or storing of this shark by vessels under the jurisdiction of the Indian Ocean Tuna Commission (IOTC). The IOTC, one of five regional fisheries management organizations which collectively have responsibility for the management of tuna and tunalike species across 91 per cent of the ocean, now has a common agreement to release oceanic whitetip sharks if caught in fishing gear. 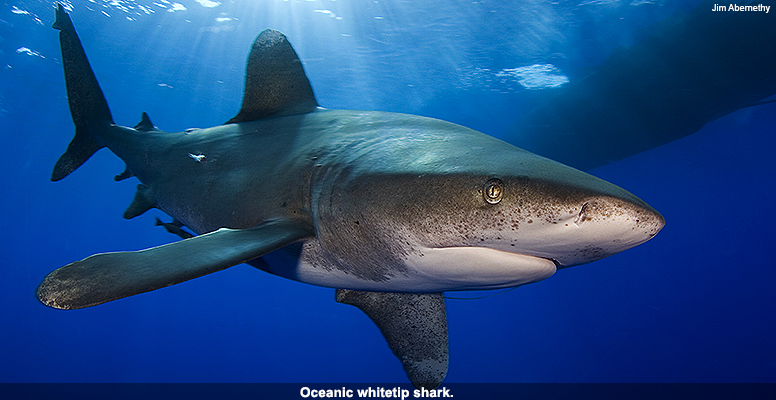 In combination with a decision in March at the meeting of the Convention on International Trade in Endangered Species of Wild Fauna and Flora (CITES), which regulates international trade through a list of protected species, the oceanic whitetip has gained protection from both fishing and trade at the international level. This crisscross of shark protection mechanisms makes it the most protected shark internationally and sets a new bar in shark conservation.

“Although the oceanic whitetip is one of the most widely distributed shark species, it is also one of the most threatened,” says KerriLynn Miller of Pew's global shark conservation initiative, who is attending the meeting in Mauritius. “We are delighted to see the final piece of this puzzle in place for this species, but we can't be complacent. This shark is already on the verge of extinction, and many others face a similar threat. Organizations like IOTC and individual governments need to enact similar measures for other shark species, before it is too late.”

The commission also adopted a proposal to ban the intentional setting of purse-seine fishing nets around whale sharks, one of the largest and most gentle fish in the ocean. Purse-seine nets used by vessels fishing for tuna prevent fish from swimming down to escape the net by drawing it together at the bottom. At times this can also entrap the whale shark under which the tuna gather. Whale sharks are listed as Vulnerable by the International Union for Conservation of Nature, which assesses species' vulnerability, and are listed on Appendix II of CITES, which means that any trade in their fins and other parts must be sustainable.

Because whale sharks become entangled in purse-seine nets, this fishing method can lead to the deaths of these gentle giants. A similar measure was passed at the December meeting of the Western and Central Pacific Fisheries Commission in Manila, Philippines. 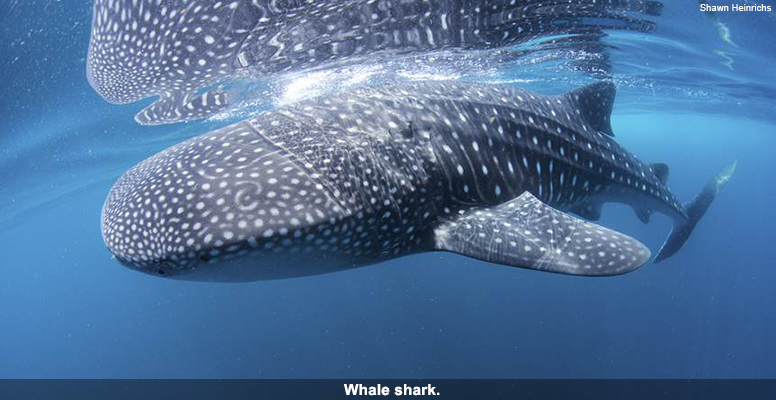 The commission also adopted a measure requiring the use of non-entangling fish aggregating devices, or FADS, by tuna fishing vessels to protect silky sharks in its management area. These devices are often built with old netting underneath a raft, which can cause an entanglement hazard for sharks and other animals. New designs with less netting and debris are less likely to capture and kill silky sharks and other nontuna species. Silky sharks are often caught in netting hanging below more commonly used FADs.

“This new requirement will help reduce mortality of silky sharks, but much more is needed for silky sharks in the region,” says Miller. 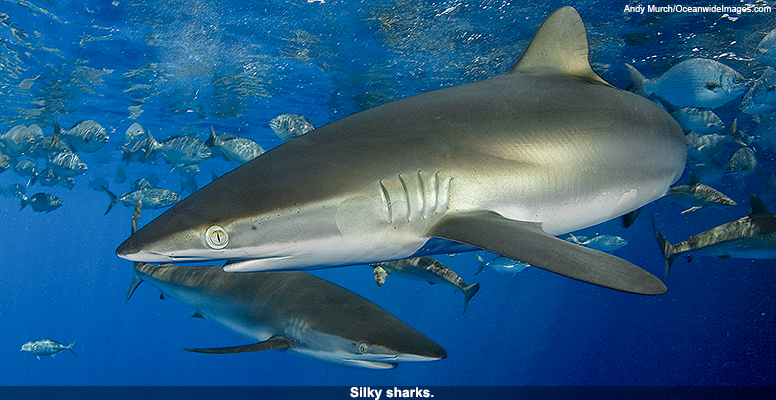 The Indian Ocean Tuna Commission also failed to adopt a proposal to protect hammerheads sharks. These easily recognizable fish have experienced significant population declines in recent decades. Hammerhead sharks, commonly caught in tuna fishing longlines, are found along coastlines in the warm, temperate waters of the Atlantic, Pacific, and Indian oceans. This is the second year that member governments of the Indian Ocean Tuna Commission have failed to provide any kind of conservation protection for hammerhead sharks. 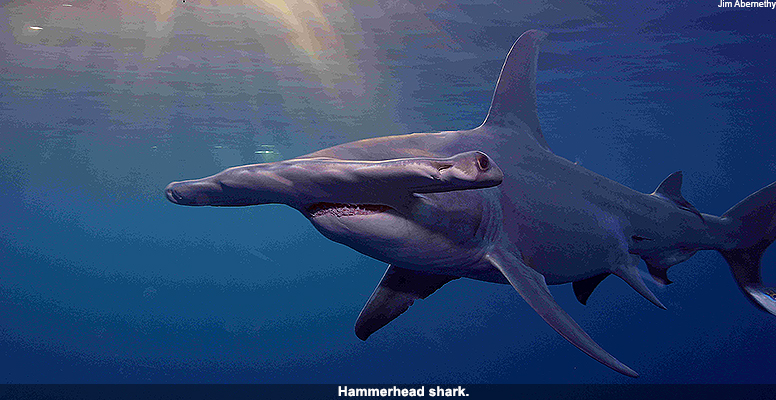 Click "options" in bottom right-hand corner to download. Photos are for one-time press use only. No archiving. Please include appropriate captions and credits.