America's wildest spaces are often thought of as being in the West. Whether one prefers southern Utah's slick rock and slot canyons or Montana's Big Sky country, the West is a special place for those who enjoy getting away from it all. The wildlife seems more untamed, the geography more imposing, the solitude more profound.

But untrammeled areas exist east of the Mississippi, too. And there may be none wilder than West Virginia's Cranberry Wilderness, the largest such area in the East. Bordered to the north by the Williams River and to the south by the South Fork of the Cranberry River, this piece of the Monongahela National Forest boasts broad mountains and slender, running valleys that teem with animals and host an exceptional trail system that is as physically challenging as it is minimally marked.

Established in 1983 and expanded to 47,815 acres in 2009, the Cranberry Wilderness is a former state black bear sanctuary still frequented by that species and a number of other populations. Foxes, wild turkeys, whitetailed deer, bobcats, and more than a few types of snakes can be found among the abundant Appalachian hardwoods, thick rhododendron groves, and red spruce stands that appear at the uppermost elevations.

The wilderness lies along one edge of two vast drainage basins in the Allegheny Forest containing countless productive trout streams. The tributaries here, and the creeks that feed them, are crisscrossed by 50-plus miles of trails that are marked only at intersections and lack bridges for crossing streams. On these rugged and secluded hikes relief can be found in swimming holes and pristine camping sites.

To protect this special place, West Virginians have recently begun a collaborative campaign calling on local trout fishermen, hunters, businesses, and elected and tourism officials to help establish a large part of the Monongahela (including the Cranberry Wilderness) as the Birthplace of Rivers National Monument. This ambitious initiative celebrates the area's diverse wildlife and recreational and culturally significant whitewater and trout streams, as well as the quiet forests that offer opportunities for solitude.

For these reasons and many more, the Cranberry Wilderness can match any measure of wild—East or West. 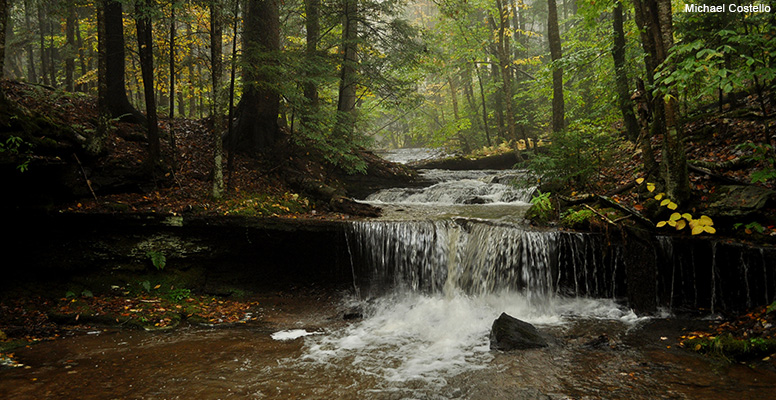