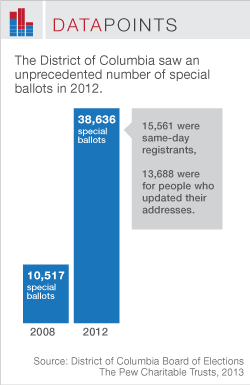 Officials cite the time required to process these voters as one cause of long lines at some polling places in November. The District had the nation’s second-longest average wait to vote at an average of more than 33 minutes, behind only Florida.