The Pew Charitable Trusts has worked with eight countries and territories around the world in recent years to establish shark sanctuaries, implementing policies that ban commercial fishing of sharks and possession of fishing gear used to target them. Enforcing laws in these sanctuaries, which can span millions of square kilometers, may seem like a daunting task. Yet officials in such places as the Marshall Islands, Honduras, and Palau have proved that they do enforce sanctuary laws and that their countries can benefit from strong shark protections.

“I think many of those who said it was impossible have underestimated the commitment of the people and governments that have established these protected areas,” said Angelo Villagomez, a senior associate for global shark conservation with Pew. “It may not always be perfect, but with a combination of dedicated observers, inspections, and port state measures, the job is getting done.”

Many of the countries with the strongest protections for sharks have the least capacity to enforce their laws, but they are doing what they can to protect their marine resources. In the past year, there have been a number of high-profile seizures of illegal shark fins in Palau and Honduras. Authorities in the Marshall Islands have successfully prosecuted five shark sanctuary violations in recent months, resulting in total fines of $235,000. 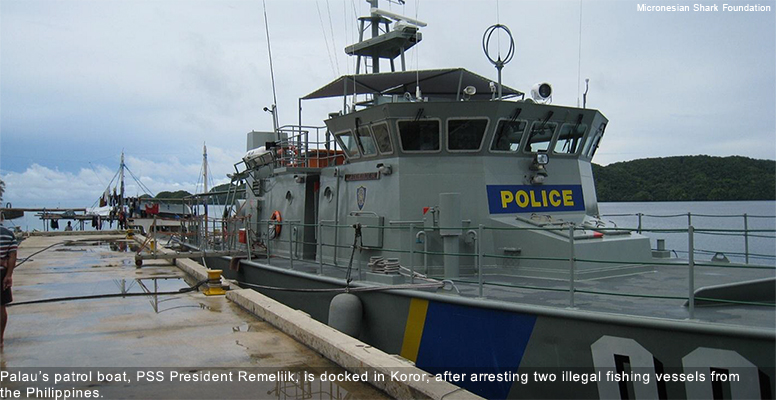 To help build capacity for enforcement of shark sanctuary laws, Pew and its partners organize and lead enforcement training sessions, which are often physical and demanding. Sanctuary officers practice handcuffing, using a baton, and enduring a shot of pepper spray to the face.

Villagomez, who has participated in the training, said: “The goal is to encourage all agencies that might be involved in fisheries enforcement—immigration, customs, local police, coast guard, and resource agencies—to collaborate on marine protections and to build capacity within each agency.”

Illegal, unreported, and unregulated fishing is a major threat to the health of fish stocks and other ocean life around the world. IUU fishing, as it is known, undermines efforts to build and maintain sustainable fisheries and enriches criminals at the expense of law-abiding fishers, coastal communities, and the marine environment. 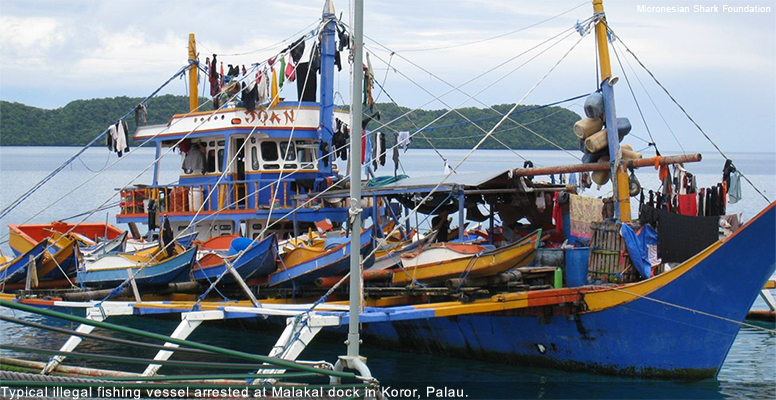 The need for tightly enforced shark sanctuaries is increasingly critical: Scientists estimate that reef shark populations in the Pacific have plummeted 90 to 97 percent from historic levels and that up to 73 million sharks are killed each year for their fins. Around the world, more than 140 species of sharks are Threatened or Near Threatened with extinction, according to the International Union for Conservation of Nature's Red List of Threatened Species. 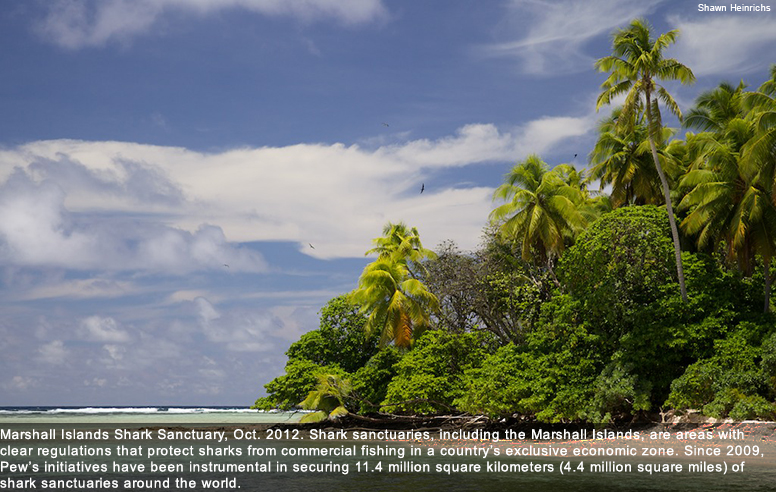