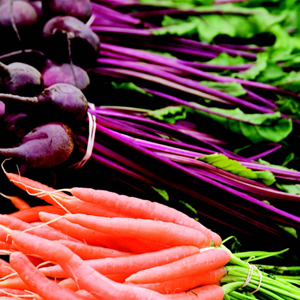 Mississippi has one of the nation's highest rates of obesity. From 2003 to 2005, the percentage of overweight first-graders grew from 27 to 43 percent, and the percentage of overweight seventh-graders rose from 44 to 55 percent. Since then, the state has been making progress in reversing this trend. Between 2005 and 2011, the overweight and obesity rate among all public elementary school students dropped from 43 percent to 37.3 percent. As one example of local efforts, in 2009 the Lamar County School District set a goal to meet the HealthierUS School Challenge (HUSSC) criteria.

Some of the Solutions

To meet the HUSSC nutrition standards, the district increased its use of whole-grain products, which included developing a whole-grain dough recipe for the base of all bread products. The district also incorporated a greater variety and volume of dark green and orange vegetables into the menu, and increased the use of dried beans. To ensure high-quality and consistent preparation, the district requires all staff members to attend a two-week training course each summer to learn how to prepare and serve menu items, and how to increase participation by educating students about the meals.

According to school district officials, students have responded positively to healthier menu items, resulting in increased revenue. The more nutritious dishes are prepared with low-fat butter substitutes, spices, and seasonings. The district is setting an example too, as popular recipes have been shared with nutrition directors and administrators in nearby districts. 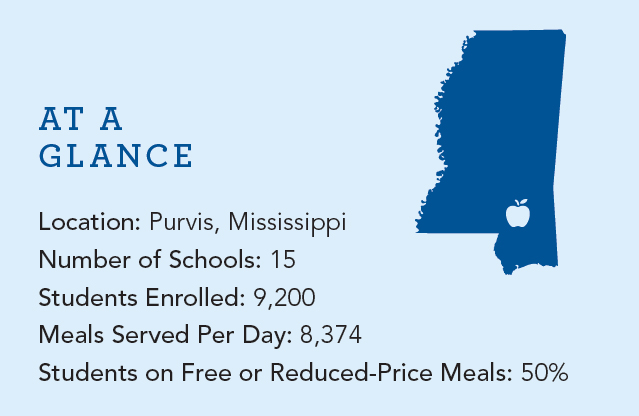 The district eliminated all deep-fat fryers, transitioning instead to combination ovens—one piece of equipment that efficiently replaces conventional ovens, steamers, and fryers. Staff say this has revolutionized the way they prepare meals. These ovens can bake potatoes, “oven-fry” chicken without oil, and oven-crisp fries simultaneously in less time than it would take to prepare them with conventional equipment. Additionally, the machines are programmable, allowing cafeteria staff more time for hands-on food preparation.

Lamar County administrators agree that buy-in from all staff—including principals, health coordinators, child nutrition directors, and superintendents—has been critical to the district's success. With all district staff involved and engaged in the process, everyone is held accountable.